Written by Hitmix News on 2 September 2021 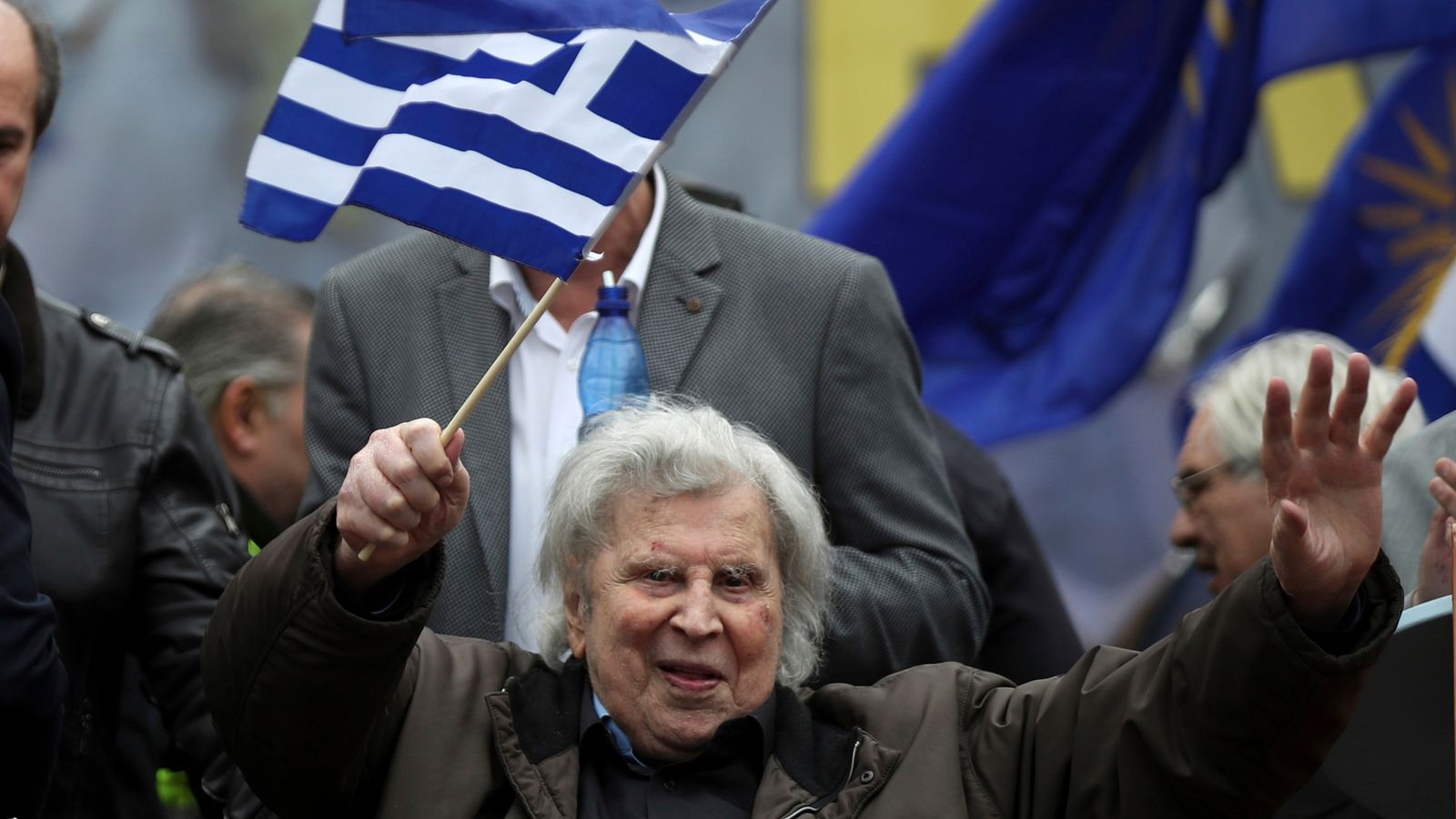 His death at his home in Athens was announced by state TV in Greece, and came after a number of hospital admissions for a heart problem.

Theodorakis had a wide and varied career, but is perhaps best known as composer of the film Zorba The Greek, with the main track famous for its frantic increase in speed.

He produced scores of work for film, TV, and symphonies since his career began when he was 17, including the 1973 American crime drama Serpico, which starred Al Pacino.

But it was not just his music he was known for – he was also a vocal left-wing activist and politician, and frequently spoke out against the wartime regimes that persecuted, imprisoned and tortured him.

“He lived with passion, a life dedicated to music, the arts, our country and its people, dedicated to the ideas of freedom, justice, equality, social solidarity,” Greek President Katerina Sakellaropoulou said in a statement.

“He wrote music that became intertwined with the historical and social developments in Greece in the post-war years, music that provided encouragement, consolation, protest, and support in the darker periods of our recent history.”

Theodorakis was arrested by the German and Italian occupying forces during the Second World War, due to his involvement in left-wing resistance groups.

He was jailed and sent to the Greek islands, including a “re-education” camp on the small island of Makronissos near capital city Athens.

The composer suffered severe torture in that time, leading to broken limbs and breathing issues that affected him for the rest of his life.

He was even thrown into a psychiatric hospital and subjected to mock executions.

Image: Greece is in a period of mourning. Pic: AP

But he still established himself as famous musician, graduating from Athens Music School in the 1950s.

He also served in parliament for the Greek Communist Party during the 1980s, and later served in cabinet for the conservative government.

The composer also supported the Palestinian cause, was against the war in Iraq, and was seen as many as a unifier.

Greece today mourns the loss of Mikis Theodorakis. An iconic composer. A fighter for democracy and social justice. We are deeply saddened by his passing, and are only comforted by the knowledge that his legacy will live on, enriching lives the world over, for generations to come. pic.twitter.com/VbfM2uMXbM

Prime Minister Kyriakos Mitsotakis said: “I had the honour of knowing him for many years… and his advice has always been valuable to me, especially concerning the unity of our people and overcoming divisions.

“The best way to honour him, a global Greek, is to live by that message. Mikis is our history.”

Raye speaks out after leaving record label, saying she is excited to ‘have no boundaries’ with new music