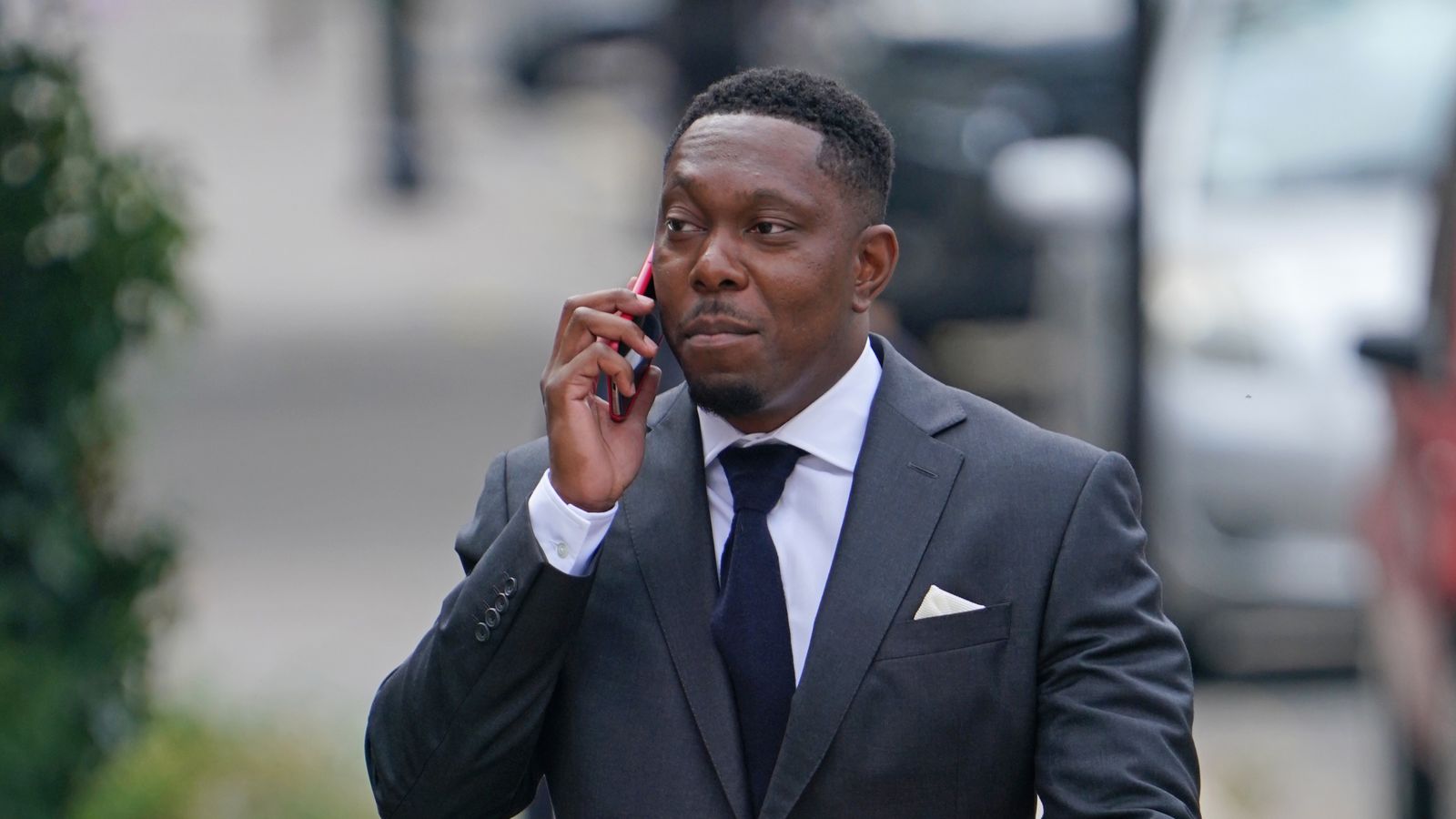 Rapper Dizzee Rascal has denied assaulting a woman at a home in south London this summer.

The 36-year-old grime artist, real name Dylan Kwabena Mills, pleaded not guilty at Croydon Magistrates’ Court to assault by beating at an address in Streatham on 8 June.

He arrived at the court wearing a black suit.

Image: Mills is scheduled to go on trial next year

The rapper’s manager “received a phone call when the altercation took place” and will give evidence at the trial, as well his ex-girlfriend’s mother, Dawn Kirk.

Mills was granted bail ahead of his trial on 18 February next year, but he is not allowed to contact the witnesses before proceedings start at Croydon Magistrates’ Court.

Mills is regarded as one of the pioneers of grime music, with his breakthrough debut album Boy In Da Corner released when he was 18 in 2003.

His chart-topping singles include Bonkers, Holiday and Dance Wiv Me.

Mills was awarded an MBE for services to music in 2020.