Written by Hitmix News on 4 September 2021 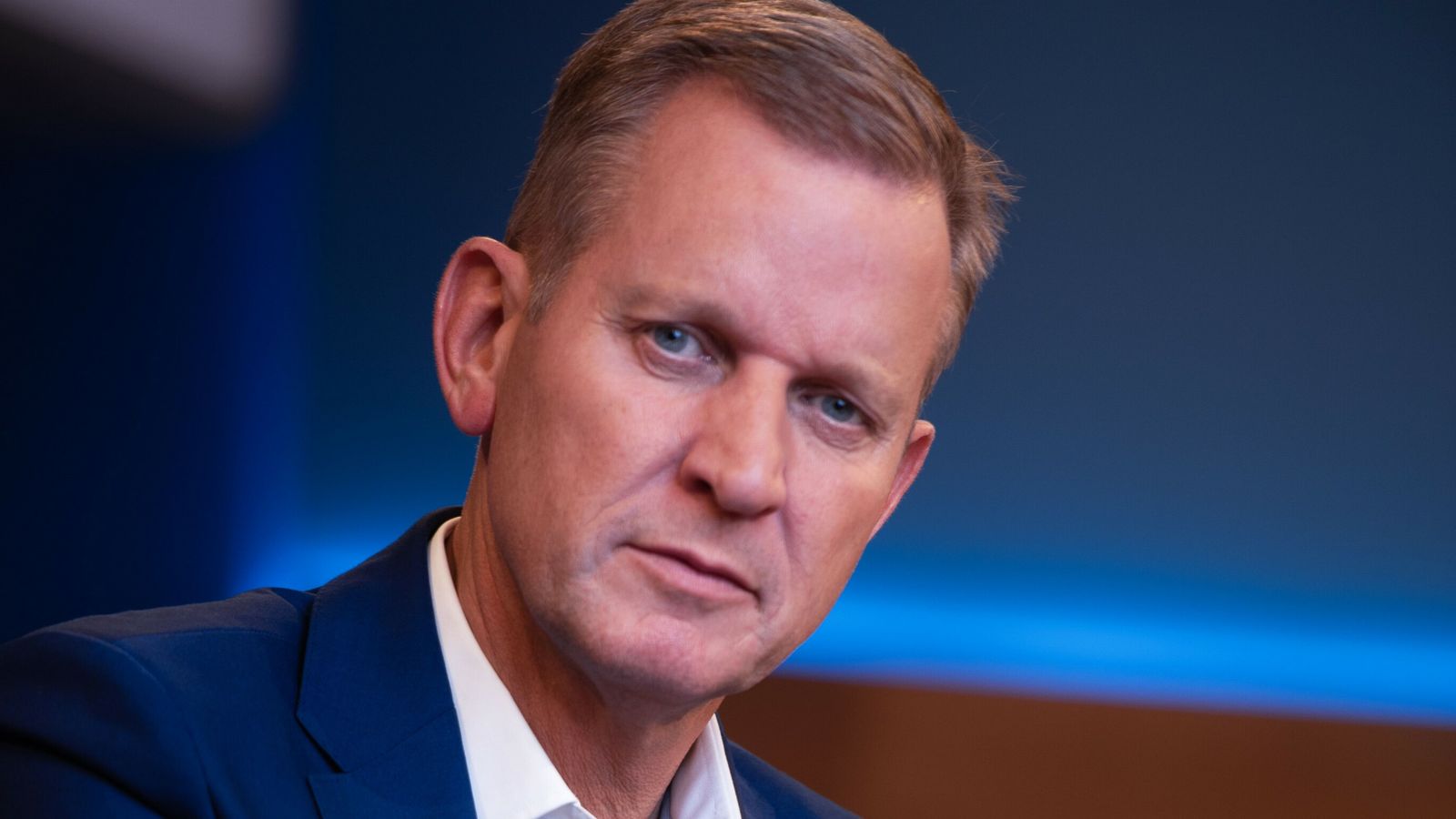 Jeremy Kyle has said he felt “scapegoated” after his TV show was axed following the death of a guest.

ITV suspended the talk show indefinitely in May 2019 when Steve Dymond, 63, died a week after taking part in an episode.

Breaking his silence more than two years later, Kyle told The Sun how he felt too low to leave the house – and was diagnosed with an anxiety disorder.

Image: The Jeremy Kyle Show has been taken off air

The 56-year-old said he does not want to sound “woe is me”, adding that what happened was a “terrible tragedy” and “devastating” for Mr Dymond’s friends and family, as well as those who worked on the show.

He added: “But it did hit me hard. And it’s been awful to feel so scapegoated, and without being able to have my say about the accusations that often seemed to be levelled only at me.

“I’ve felt hunted and made out to be responsible for everything that ever took place around that show. But I was just the face of it.

“A hundred people lost their jobs that day, and I felt truly awful for them too and worried for their futures. But I felt completely alone.”

Opening up about his battle with anxiety, he said: “I used to think ‘get a grip’ when some celebrities talked about those sort of problems.

“But suddenly I realised first-hand you can’t always do that. I never thought they would affect me like they did.

“That was a shock – but I’ve always said: ‘If you have a problem, admit it, and then seek the proper help.’ So that’s what I did.”

He added: “Critics will say I got a taste of my own medicine but I’d been through a fair amount up until that point – and I guess it all caught up with me at once.”

A preliminary inquest hearing was told that Mr Dymond died of a morphine overdose and a heart problem at his home in Portsmouth, Hampshire.

He had “failed” a lie detector test for the programme to show whether he had cheated on his ex-fiancee Jane Callaghan.

The programme, which was aired regularly since 2005, was axed following calls from MPs and members of the public.

Following the cancellation of the daytime show, MPs launched an inquiry into reality TV.

Earlier this year, Dame Carolyn McCall, chief executive of ITV, told the BBC’s The Media Show the broadcaster was “looking at” cancelling Kyle’s programme prior to it being pulled from the schedules.

She said there are no plans for Kyle to return to the broadcaster.

Little Mix star Perrie Edwards shares name of new-born son, saying she has ‘never felt love like this before’