Matrix Resurrections: Neo and Trinity are back in action as first trailer for the new film is released 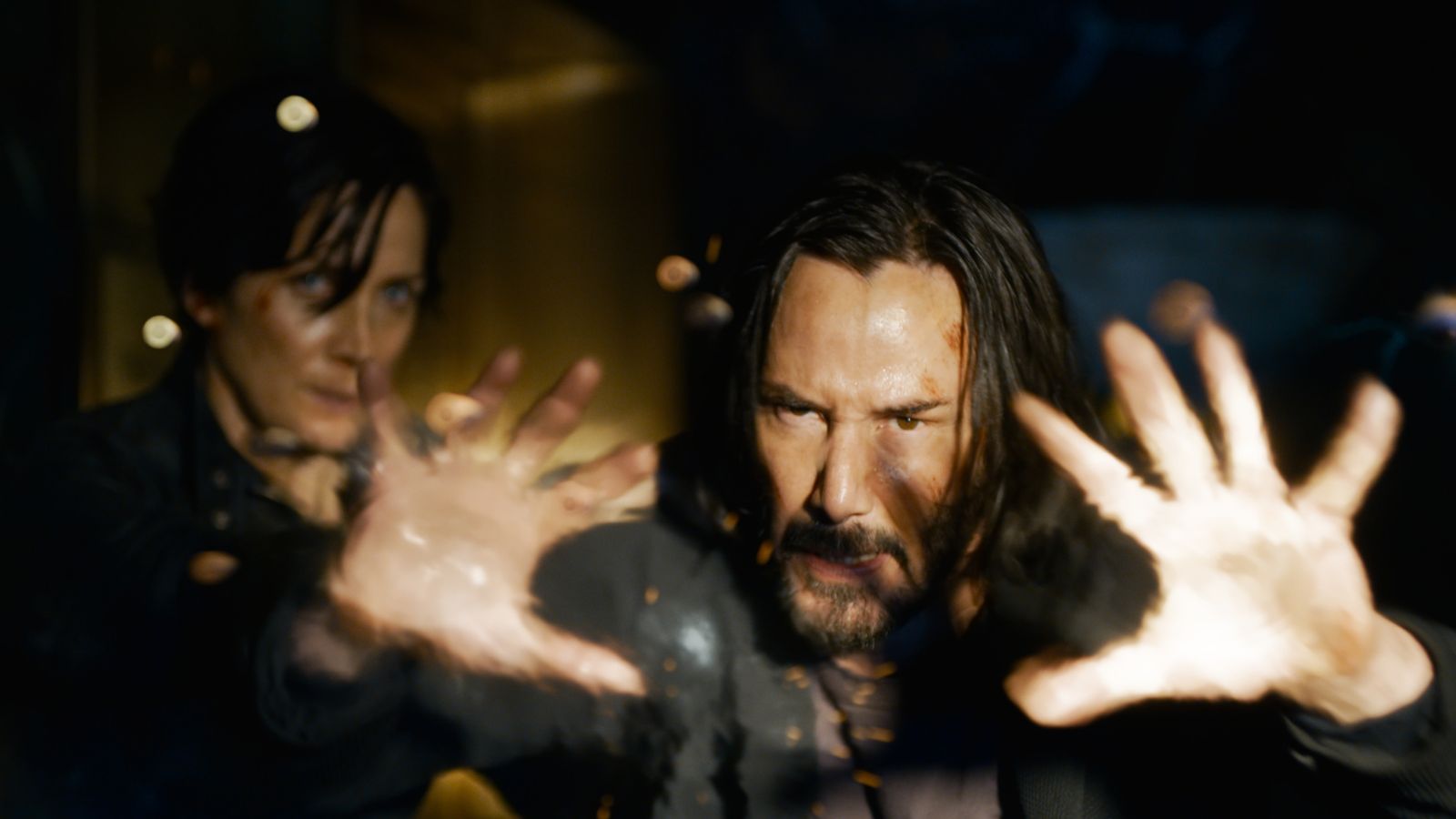 It’s finally here – the trailer for the next chapter in one of the biggest film franchises of all time has arrived.

Originally unveiled at CinemaCon in Las Vegas last month, the trailer shows the return of Keanu Reeves’s Neo and Carrie-Anne Moss’s Trinity back in explosive action.

The last film, Matrix Revolutions, was released in 2003 and tied up the story full circle (or so we thought), with Neo saving the world by destroying the villain, Agent Smith, and saving the “real world” from the machines.

The Matrix was then rebooted, with fans left wondering if anything was next.

Resurrections’ trailer starts on a clip of Neo (or his given Matrix name, Thomas Anderson) in the therapist’s office, saying he “had dreams that weren’t just dreams”, to a doctor, played by musical theatre supremo Neil Patrick Harris.

Later, we see him bumping into his former lover Trinity, who he appears to vaguely recognise as they shake hands.

Neo/Thomas is taking the blue pills regularly it would seem, before we then see him throw them away in exchange for the infamous red pill with a new, Morpheus-like character, played by Yahya Abdul-Mateen II, who tells him: “Time to fly.”

Nineties nostalgia then hits as Neo appears in a dojo, walks through mirrors, and even diverts missiles with his hands – everything we expect from The Matrix films.

Lana Wachowski returns to write and direct the film, this time without her sister though, which will be released in cinemas in December.

The likes of Priyanka Chopra Jonas, Jonathan Groff and Jada Pinkett-Smith will all be in the new film.

But what did we learn from the trailer – and what might we expect from the film?

• Even though he was killed in the last film (I’m sorry if you didn’t know already, but it’s been 18 years…) and he’s back on the blue pills inside a rebooted Matrix – Neo still remembers his past. The lingering look at Trinity, the instant use of his old powers in the dojo – it looks like we’re going to be getting straight into the action without another explanation of who people are.

• The agents and machines are back – we only get a glimpse of them but they are there. The sentient, digital and mechanical villains are sure to give Neo some work to do, but their role in the film is largely being kept under wraps.

Image: The shape-shifting Agents are back. Pic: Warner Bros

• Morpheus is gone – but we have a Morpheus-esque character in Yahya Abdul-Mateen II, who hands Neo the red pill and once again pulls down what he thought was his reality around him. However, it becomes clear in the dojo that he has no idea who Neo is, or what he can do.

Image: Neo gets to take the red pill, all over again. Pic: Warner Bros

• We have a mysterious new character who appears to know who Neo is. Jonathan Groff (yes, of Frozen and Hamilton fame) appears at the end of the trailer telling Neo: “After all these years, to be going back to where it all started, back to the Matrix.” Who is he? Is he a hero? Is he a villain? Is he neither? Is he both?

• Resurrections will not skimp on the action. The trailer has explosions, gun fights, fisticuffs, missiles, fire, people jumping off buildings and car chases – it’s what made the old films so loved (as well as the intricate plot) and so it’s no wonder that the new outing appears to be full of action.

Image: Explosions and action sequences are a huge part of the franchise. Pic: Warner Bros