Staffordshire Commissioner Ben Adams has addressed community concerns over the policing of protests at Walleys Quarry in Newcastle-under-Lyme, as part of his role in holding the actions of Staffordshire Police to account.

Mr Adams said: ‘Following recent protests about the Walleys Quarry landfill site in Newcastle-under-Lyme, both I and the Chief Constable have received correspondence and social media posts concerning Staffordshire Police’s management of those protests.

‘Given the impact the site has had on local residents, and the fact that a resolution to these issues is clearly not simple or straightforward, I understand why people wish to protest and why they are likely to continue to do so.

‘Months of pressure from residents, our local councils and MPs have very effectively ensured that dealing with the smell linked to Walleys Quarry is now a priority for the responsible national agencies and indeed progress is being monitored by the Prime Minister. Despite everyone working to ‘stop the stink’, observing legal processes means this will take time, so I understand the frustration of local residents.

‘I am aware of the multi-agency virtual community engagement sessions organised by the Environment Agency to provide updates and answer questions and am encouraging more of these opportunities to be made available, hopefully on a face-to-face basis.

‘Staffordshire Police have made a detailed statement about their approach to policing the protests and in particular their intent to be impartial, be balanced to the different interests in play, keep people safe and be proportionate in the actions taken. Specialist officers have been working hard to engage with protestors and advise on the best way to protest legally.

‘Staffordshire Police will protect the right to protest and have a duty to do so. My expectation of the police is that they will not take any action that adversely impacts this right, if the protest activity is within the law as most of what has occurred recently is. However, the police must also uphold the law and, where they believe that offences are being committed, I would expect them to act in an appropriate and proportionate way. Arresting somebody and charging them is a last resort, following engagement and encouragement to remain within the law.

‘Neither I nor the Chief Constable want to see the deployment of large numbers of police officers addressing unlawful activity taking place at protests. There is plenty of other important work that officers could be doing instead, a point made by some of those who have contacted me directly. Operational deployment decisions will, however, rightly be made by the Chief Constable and be dependent on the circumstances faced; my job is to hold to account, scrutinise and question, which is what I am doing.

‘At present, I am comfortable with Staffordshire Police’s approach, but will continue to discuss this with the Chief Constable and her team.’

‘The responsibility of the police is to balance the rights of individuals to protest, against the rights of those whose activities are impacted upon by the protests. Often the rights of these different groups can come into conflict and our role is to judge where that balance lies in ever-changing circumstances.

‘Our response to the protests will always be based on the available information we have at that time and the local neighbourhood policing team will continue its engagement with the local community and all parties impacted by this issue.’ 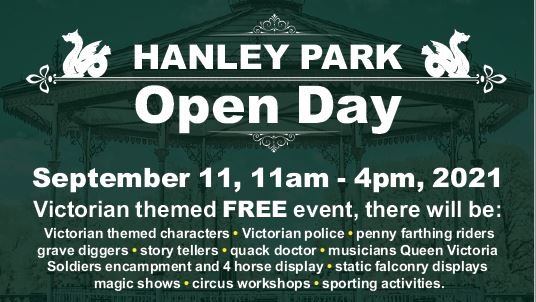