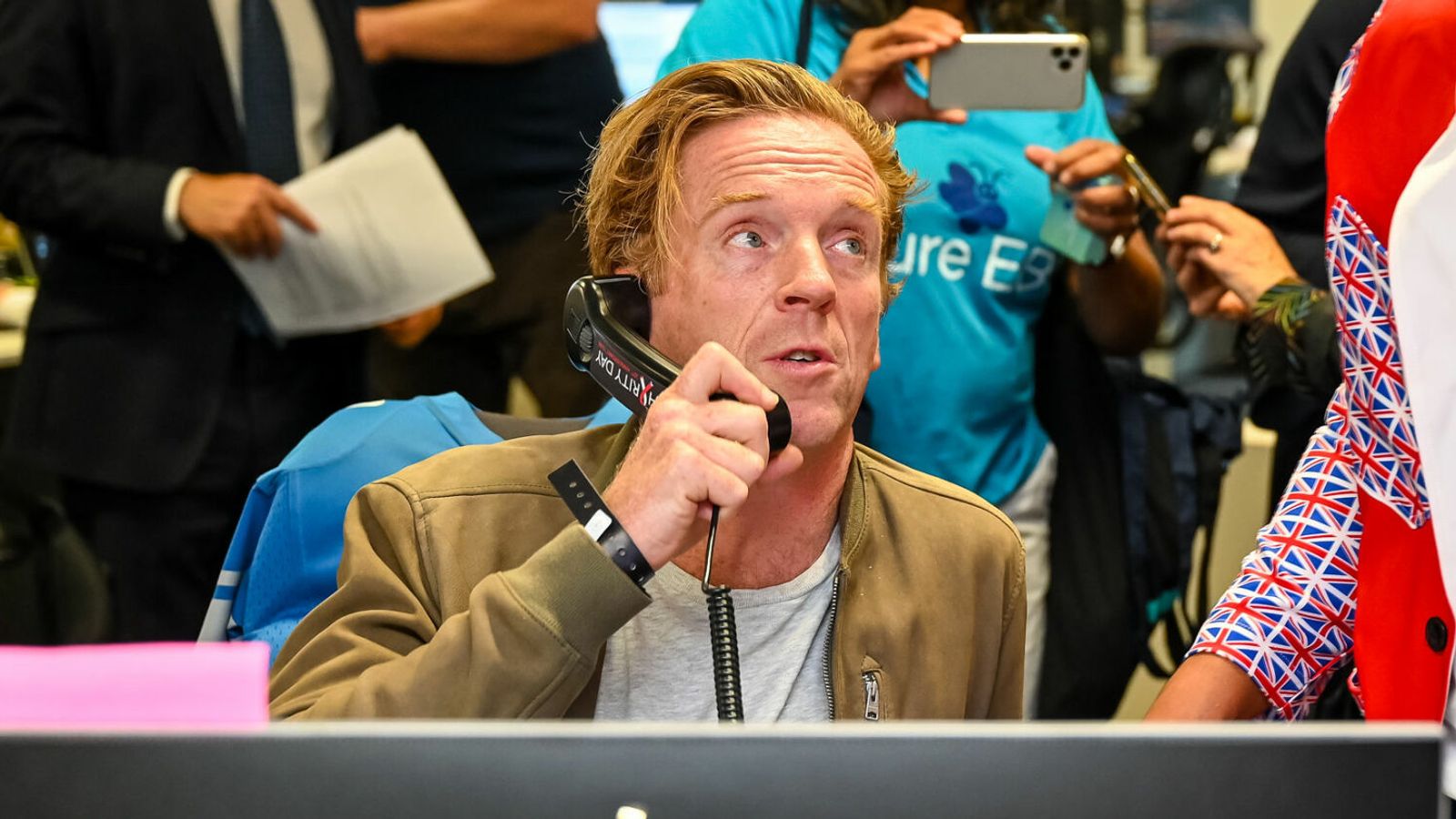 Billions star Damian Lewis has led celebrities taking part in a finance company’s annual charity day to raise millions in memory of workers who lost their lives 20 years ago on September 11th.

The British actor, who plays hedge fund manager Bobby Axelrod in the hit US series, took part in the BGC event in support of two charities, one of which his late wife, Peaky Blinders actress Helen McCrory, was patron.

Image: Lewis and his late wife Helen McCrory took part in the event together in 2019. Pic: James Veysey/Shutterstock

Lewis was joined by other stars including TV presenter Davina McCall, comedian and author David Walliams and actress Jenna Coleman, taking to the phones for the charity day, which is held at BGC offices around the world and last year raised $12m (about £8.6m) for charitable causes.

“It’s going to be the 20th anniversary tomorrow of that horrific day, 9/11,” he said. “I come here to support two charities, HVH Arts and Cure EB, and I’m here to try and raise money for them.

“I get on the phone with people who might have heard of me – or more likely have heard of Bobby Axelrod – and we do trades. Thankfully, all fixed interest so I can’t wipe millions off the share price in one morning.”

Lewis said his wife had been a patron of HVH arts before she died of cancer earlier this year and that it is a cause “very dear to my heart”.

He continued: “It specialises in working with underprivileged kids in the north London area, mostly Camden, Kentish Town, giving them an experience of the arts, photography, textiles, theatre, music. It’s an exposure to the arts, which I believe is so important for young kids, but it’s also an experience of self-worth and gives them a self-confidence.”

Lewis said he had worked with Cure EB for some time and that the charity funds clinical trials to try and find a cure for what is a “horrible, horrible disease”, which can cause skin cancer.

Lewis also recalled how he was filming a difficult scene of marital rape for period drama The Forsyte Saga with actress Gina McKee when he received news of the 9/11 attacks in 2001.

“It was much talked about in the lead-up to the filming because it had outraged audiences in the 1960s when the first adaptation was made,” he said of the scene.

“We were in the middle of this rather sensitive scene, myself and Gina McKee, and the first [assistant director] came on to set and said, ‘I’m terribly sorry to stop filming everyone, but a plane has just flown into the World Trade Centre’. And, of course, as we all know now, he arrived 16 minutes later to give us the news again, that the other plane had gone into the south tower.”

The BGC event is held each year in memory of the company’s 658 colleagues and the 61 Eurobrokers employees who lost their lives in the World Trade Center attacks.

‘I sat on the bed crying all day’

TV presenter McCall said she had taken part in the charity day many times and that it is always exciting, but emotional.

“There’s such a buzz here today and there’s so much great energy and goodwill in the room,” she told King. “So many millions of pounds have been raised over the years for charities, in memory of their friends.”

McCall’s chosen charity is Action Medical Research, which funds research into rare childhood diseases. The star first supported the charity as a nine-year-old, encouraged to take on sponsored walks by her grandmother, and said she became an ambassador in later life.

Image: David Walliams and Davina McCall also did their bit to raise funds

“It’s an amazing amount of money for them to get, we’re so enormously grateful,” she said. “But obviously, today is also tinged with sadness for these guys [at BGC], too. So it’s very moving being here.”

McCall said she was heavily pregnant with her first child when the terror attacks happened and recalled sitting and crying “the entire day, clutching my belly, wondering what kind of a world I was bringing my child into”.

She continued: “I just couldn’t see the world ever being the same again. But, I do feel like we’re healing bit by bit, and here we are today trying to do something good out of all of that.”