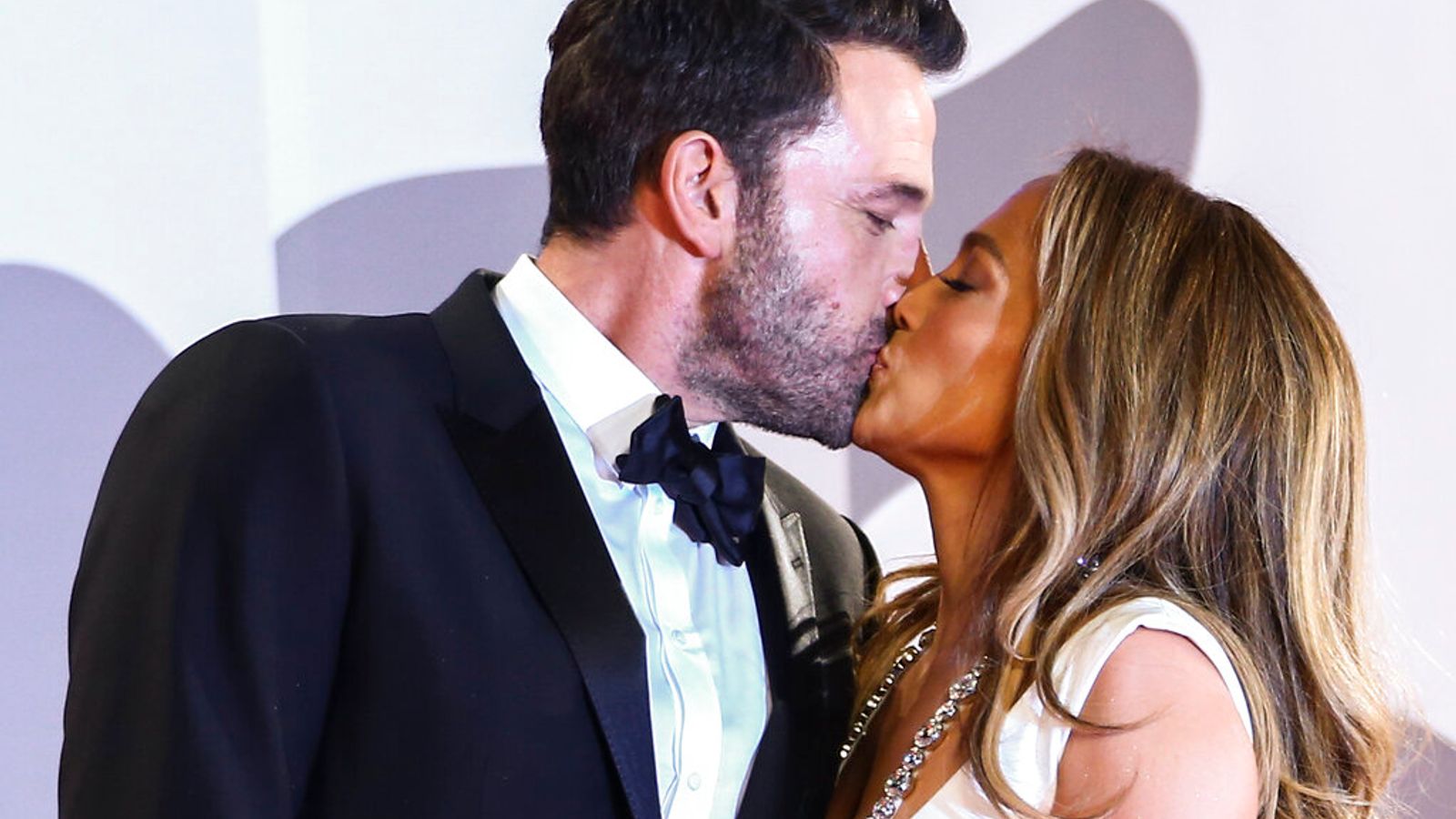 Jennifer Lopez and Ben Affleck have made their red carpet debut since reuniting as a couple.

The pair – known as “Bennifer” – posed for photographers before sharing a kiss at the premiere of The Last Duel during the 78th Venice Film Festival on Friday evening.

Image: The couple last walked the red carpet together in 2003. Pic: AP

The pair arrived at the event in a water taxi before proudly walking hand in hand, beaming as they did so.

Image: The couple were attending the premiere of The Last Duel, which Affleck stars in alongside Matt Damon and Jodie Comer. Pic: AP

“Bennifer” last walked the red carpet together almost 20 years ago for the premiere of their movie Gigli in 2003, when they were engaged.

But they split the following year, leaving fans heartbroken.

Almost two decades on, rumours of their reunion sparked a frenzy on social media.

Image: Ben Affleck, star of Daredevil, with fiancee Jennifer Lopez at the film’s premiere in Los Angeles in February 2003

And to the delight of fans, it turned out the rumours were true – with Lopez confirming she was back with her former flame by sharing a picture of the pair kissing while on holiday in St Tropez on Instagram.

Their reunion came just weeks after the music superstar and baseball star Alex Rodriguez called off their engagement – a month after denying reports they had split.