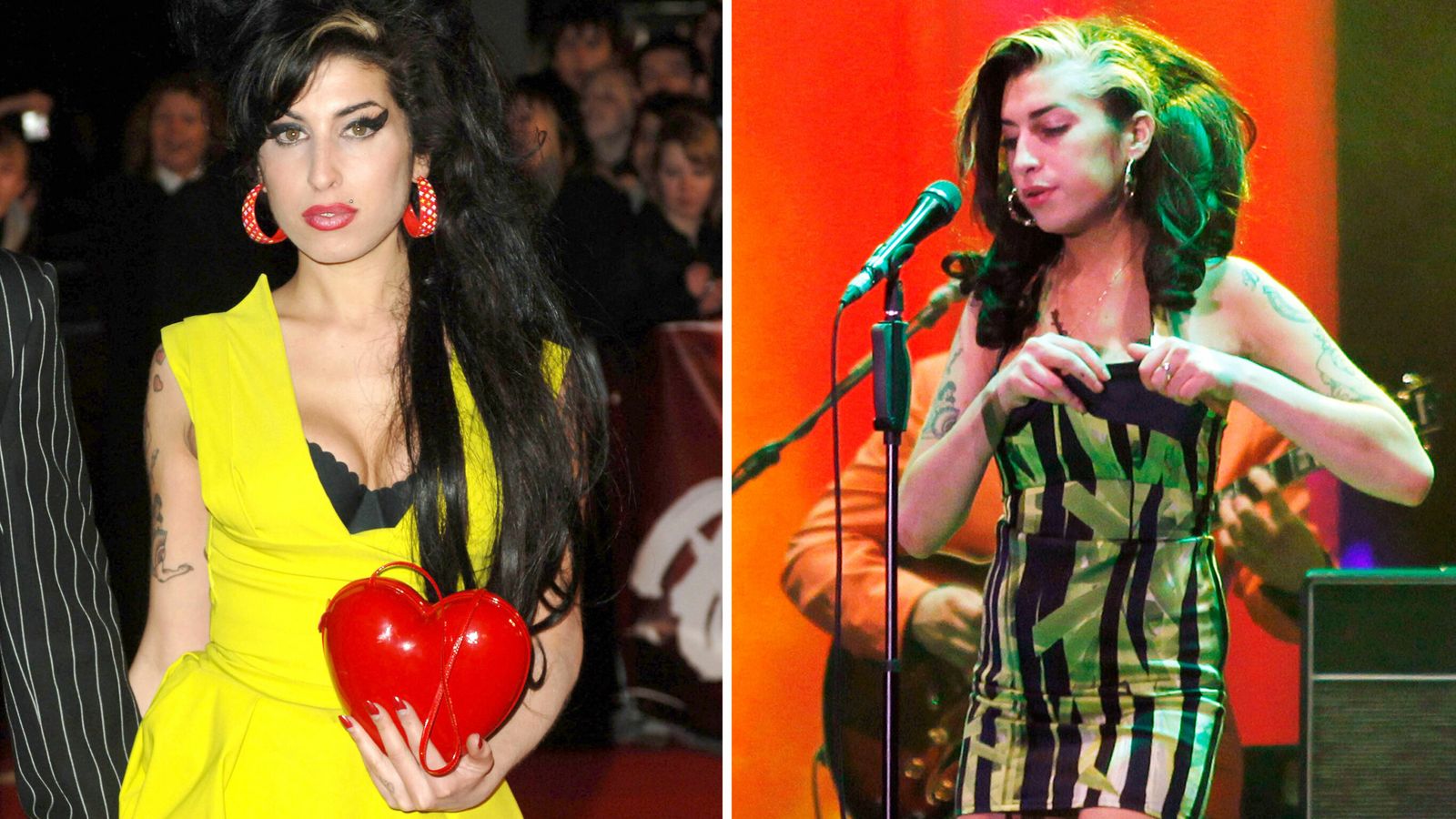 Amy Winehouse’s personal artefacts, designer clothing and underwear are going under the hammer for thousands of pounds, with the proceeds going to the young people’s charity set up in the singer’s name.

The dress she wore for her final performance is among a collection of the late music star’s clothes, handbags and personal artefacts that are going on sale at the auction for the Amy Winehouse Foundation.

The show-stopping bamboo and floral print halter mini-dress, designed by her stylist Naomi Parry, was worn in Belgrade in June 2011 and is expected to fetch between £10,800 and £14,500.

Even though Winehouse dazzled the audience in the outfit, she appeared disorientated at the Belgrade Tuborg Festival, and was booed off stage. She subsequently cancelled the rest of her European tour.

Other statement pieces going on sale include underwear, shoes and designer handbags made for the singer in the throes of her career, along with some garments she never got a chance to wear due to axed performances.

Image: The bold red leather heart-shaped Moschino handbag Winehouse brought to the 2007 Brit Awards Image: Two pairs of petal pink satin ballet pumps – an item synonymous with Winehouse’s style – are going on auction for an estimated cost of £290-£430 Image: Amy Winehouse’s pink strapless lace bra will be auctioned off too

Among the selection is a garment worn on one of the biggest nights of Winehouse’s career – the 2008 Grammy Awards, when she wore a black Tina Kalivas skirt with orange dots and a ruffled hem.

Image: The Tina Kalivas skirt worn by Amy Winehouse at the 2008 Grammys

She won five of the six awards she was nominated for that night – including record of the year, song of the year and best new artist – but appeared via video link as she could not be at the ceremony in person due to her rehab restrictions.

Other relics from the singer’s tour are also on sale, including a Roberts Revival radio and some pencil sketches.

The drawings include one from a Berlin hotel of a guitar, a man and a woman bearing a resemblance to the singer, with notes such as “plastic surgery woman” and “cat woman”.

Image: Winehouse’s pencil sketch from a Berlin hotel of a guitar is also on sale Image: Amy’s treasured Roberts Revival radio will go on sale too Image: A self portrait of Amy Winehouse is expected to sell for £860 Martin Nolan, executive director of Julien’s Auctions, said: “Amy Winehouse is one of the rare and remarkable music icons whose incredible power and soulful expression in every word and note she sang with her distinct voice remains unmatched by no other artist in music history.

“We celebrate her singular talent and iconoclastic style in this collection of her most personal artefacts and wardrobe worn in her career-defining moments.”

The singer’s personal possessions and clothes will be auctioned around the world, with stops including the Grammy Museum in Los Angeles.

Winehouse – known for her soulful voice on songs such as Back To Black, Rehab, and Love Is A Losing Game – died of alcohol poisoning in 2011 aged 27.