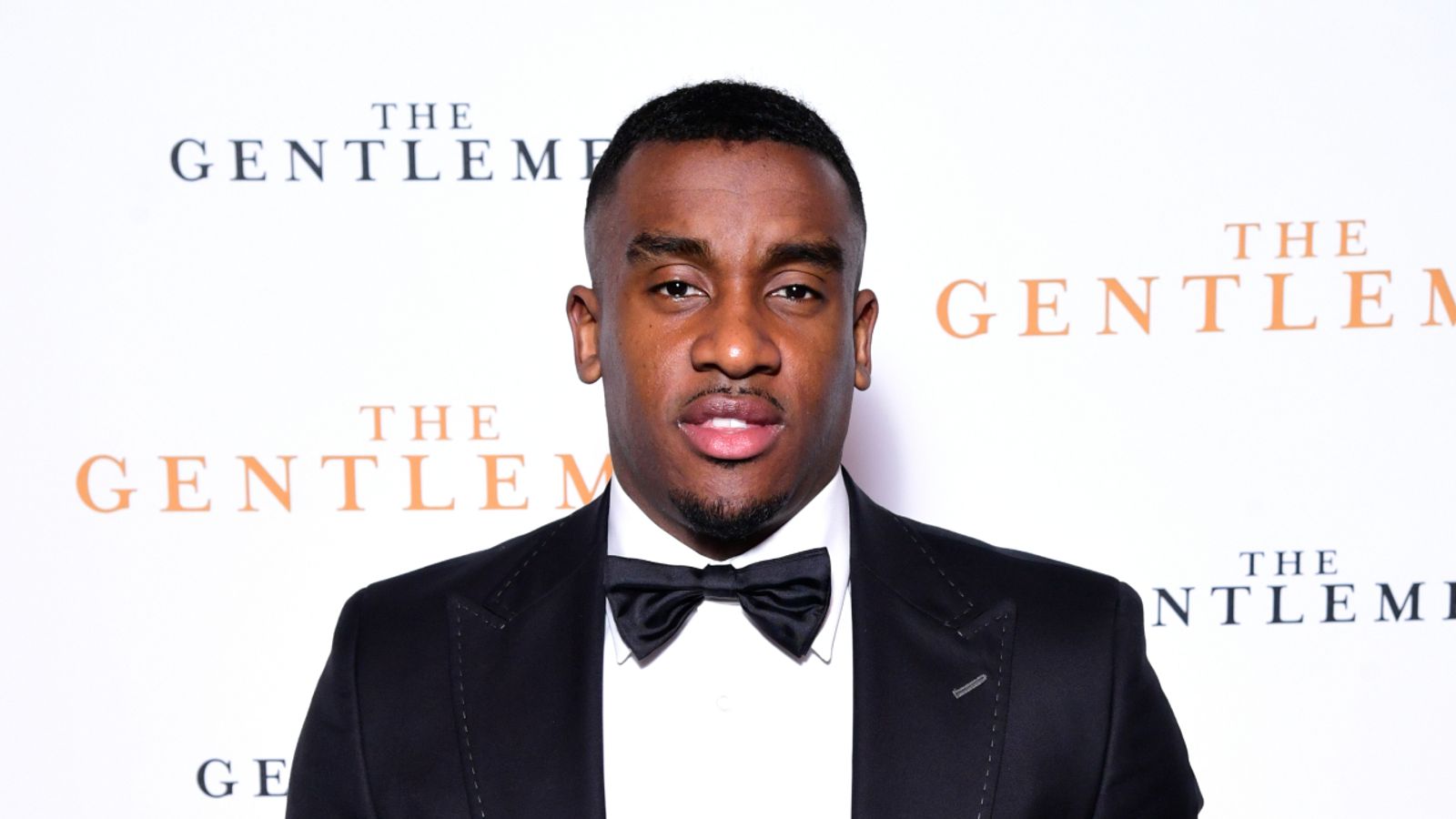 Grime star Bugzy Malone has been cleared of unlawfully punching two men he believed had tried to break into his home.

The 30-year-old rapper, from Manchester, had hit the men with single blows, fracturing their jaws, after receiving a call from his girlfriend at the time to say three men were breaking in.

But after hearing details of the events leading up to the incident in September 2018, jurors found the star not guilty of two counts of unlawfully and maliciously inflicting grievous bodily harm.

Image: Malone has toured the world and starred in Guy Ritchie’s 2019 film The Gentlemen

In a statement outside Manchester Crown Court following the verdict, the rapper’s solicitor Lachlan Nisbet thanked the judge and jury said the rapper had been “faced with distraught family members” and did “no more than the minimum necessary to defend himself and to secure the safety of his family home”.

Malone, real name Aaron Davies, had told the trial that he had received a call from his then partner and drove to his former home in Ramsbottom, near Bury, prepared for a “volatile situation” as he feared for her safety as well as that of his mother, who was also at the property.

The court was also told that a friend had also called him to say the house was “being done over”.

As he approached the property, the star said he saw his friend with two men in “what was clearly a confrontation”.

He ran over and hit out with a “reflex” punch to one of the men, who he said had lunged towards him, and told the court he then struck the other as he had made a “sharp movement” in his direction with clenched fists.

The prosecution described the men as “sitting ducks” and argued Malone, a trained boxer, did not act in self-defence.

But jurors took less than four hours to find the rapper, who is now based in London, not guilty.

The “unlikely” backdrop to the events that unfolded was the town’s annual black pudding-throwing festival, the trial was told.

A teenage girl had called her parents, asking them to pick her up from nearby Nuttall Park after saying she and her friends had been followed by Malone, who she claimed had driven his car in an “intimidating manner”.

It came after a boy in their group had earlier climbed on to a wall at the star’s house, looked over the front gates and shouted the musician’s name, she said. Her father, joined by a family friend and the boy’s father, decided to visit Malone to get his side of the story.

The boy’s father threw a brick at the gates before forcing his way into the courtyard of the house. The other two men later walked off before they came across the rapper returning home, the court heard.

The boy’s father was later prosecuted and convicted of causing criminal damage, the trial was told.

Malone, who starred in Guy Ritchie’s 2019 film The Gentlemen, denied chasing the youngsters in his car and said his intention was to “motivate them” to stay away from his property, which he had just moved into.

In his statement on behalf of the star following the verdict, Mr Nisbet said: “Bugzy would like to thank his family and friends and everyone who has supported him resisting these charges.

“From difficult beginnings Bugzy has worked hard to make a success of himself. Like anyone else he has the right to protect himself, his home and his family if strangers intrude on his property.

“In this instance, faced with distraught family members, Bugzy did no more than the minimum necessary to defend himself and to secure the safety of his family home.

“Bugzy is grateful to the judge and all of the jury members who took the time to consider properly all the facts and to reach a considered verdict from the evidence.

“Bugzy has worked hard to make sure these charges have not diverted him from his work and career. Now that the trial is over Bugzy is looking forward to his UK tour being his core focus.”

Time magazine names Harry and Meghan as among 100 most influential