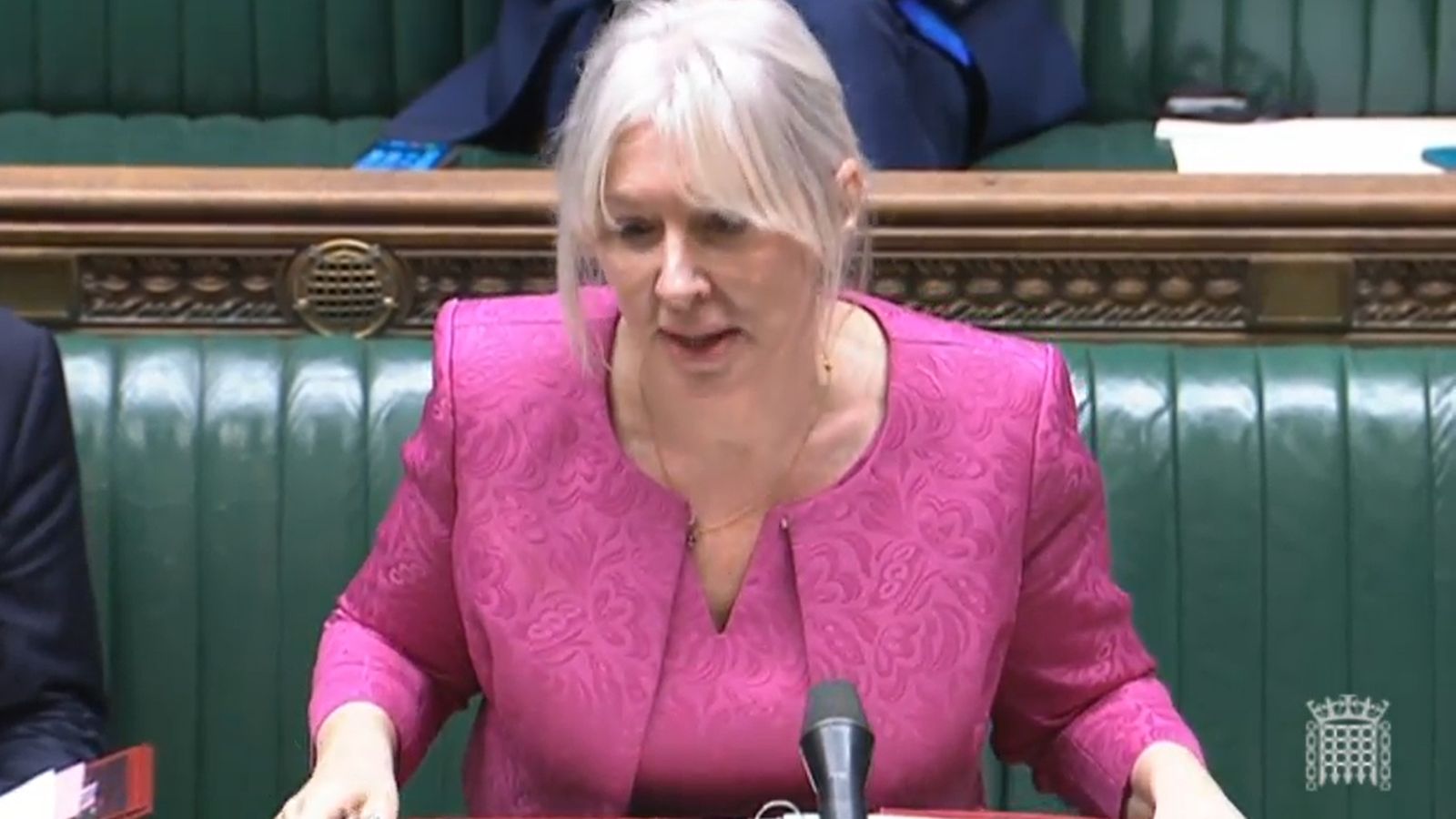 From enduring cockroaches on 2012’s I’m a Celebrity… Get Me Out of Here to declaring significant earnings as a best-selling author, at first glance Nadine Dorries’ CV might seem appropriate to her new post as culture secretary.

But you don’t have to scratch far beneath the surface to uncover widespread concern in the arts and the media, where the message being interpreted behind this appointment couldn’t be clearer – “left-wing snowflakes” better watch out.

While Twitter might not present the most balanced reaction on many issues, the particular backlash to the new culture secretary’s appointment should be noted.

University of Oxford professor and British Museum fellow Dan Hicks tweeted: “Just when you thought the Tories’ ongoing war against the arts, culture, museums and heritage sectors couldn’t get any worse, they appoint Nadine Dorries as Culture Secretary.”

Of course, there is political capital for the government in stoking a culture war – its “war on woke” playing well with Conservative voters and Ms Dorries certainly isn’t afraid of fanning the flames.

While that presumably leaves theatre producers puzzling over how to create a more intellectually rigorous production of Dick Whittington this Christmas, her outspokenness is, in all seriousness, worrying for those who fear that this country’s long tradition of independence for publicly funded bodies is under threat.

There is growing unease over government interference within the arts, particularly on museum boards, over how Britain’s imperial history is presented.

The previous culture secretary, Oliver Dowden, made it clear that “independence cuts both ways” and that “the people who run [museums] need the courage to stand up to the political fads and noisy movements of the moment.”

This comes at a critical time for the future of public service broadcasters, following Mr Dowden outlining the arguments to privatise Channel 4 at the Royal Television Society yesterday.

Because he was replaced by Ms Dorries minutes before he was due to deliver the speech, then-media minister John Whittingdale appeared in his place to read the speech he had been set to give.

Now that Mr Dowden has gone, Ms Dorries – an outspoken critic of the BBC – will now preside of the future of the broadcaster and licence fee.

Anyone hoping for greater debate around race and diversity within the arts will be left feeling fairly flat by the appointment, especially seeing that in 2013 Ms Dorries tweeted: “Apparently I’m racist because I think Chuck Umunna looks like Chris Eubank? What would I be if I said he looked like someone who was white??”

And if ever there was a government role that might be most welcomed by the LGBTQ+ community, arguably the arts is up there, but alas Ms Dorries won’t be welcomed by many in those quarters, having voted against equal marriage and writing on the Conservative Home website, describing gay marriage as “a policy which has been pursued by the metro elite gay activists.”

So it seems Ms Dorries enters her new job at odds with most of those who work within the arts.

As Matthew Anderson, European Culture Editor at the New York Times, wrote on Twitter: “Germany’s culture minister is a trained art historian; France’s wrote a book on Verdi. The new UK culture secretary … ate ostrich anus on I’m a Celebrity Get Me Out of Here.”