Time magazine names Harry and Meghan as among 100 most influential 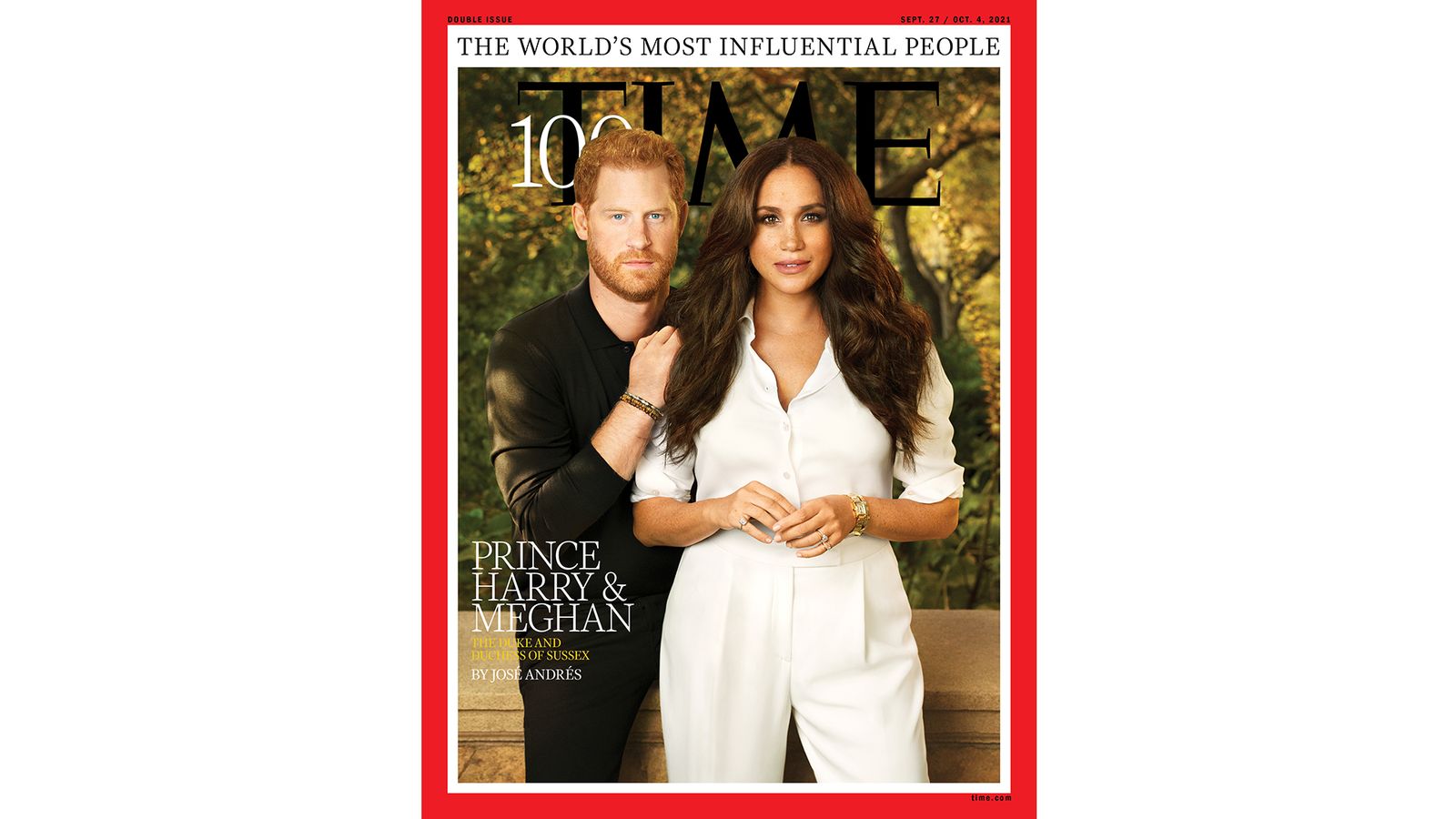 The Duke and Duchess of Sussex are among those chosen as Time magazine’s 100 most influential people.

Harry and Meghan are on one of seven covers and the photo shows the prince behind his ex-actress wife, both of them dressed casually in front of a background of trees.

Last year, the couple stepped down from royal duties, moving to California and launching their Archewell Foundation.

They have also signed a deal for a podcast with Spotify, Harry has done an Apple TV+ series with Oprah Winfrey, and the couple have numerous other investments and media ventures.

Chef Jose Andres, who funded the World Kitchen charity that partners with the Archewell Foundation, wrote in a tribute that it would have been safer for the couple to stay silent.

“That’s not what Harry and Meghan do, or who they are.

“They don’t just opine. They run toward the struggle.”

Image: Harry and Meghan were praised for having compassion for people they do not know. Pic: Pari Dukovic

The list – which is not ranked – includes 54 women and 46 men from all sectors of society.

Time magazine editor-in-chief Edward Felsenthal said they were all “extraordinary leaders from around the world working to build a better future” who “in a year of crisis have leaped into the fray”.

The tribute to Spears was written by reality star Paris Hilton, who said the 39-year-old pop star “embodies joy” despite her difficulties.

“So we stand by her and root for her as she turns pain to purpose, her unwavering spirit stronger than ever.”

Spears has spent much of the year trying to rid herself of the conservatorship which has controlled her personal and financial affairs for more than a decade.

Rapper Megan Thee Stallion wrote about seven-time Grammy winner Eilish, describing the 19 year-old as a “unique soul” who “stands up for herself and advocates for women everywhere”.