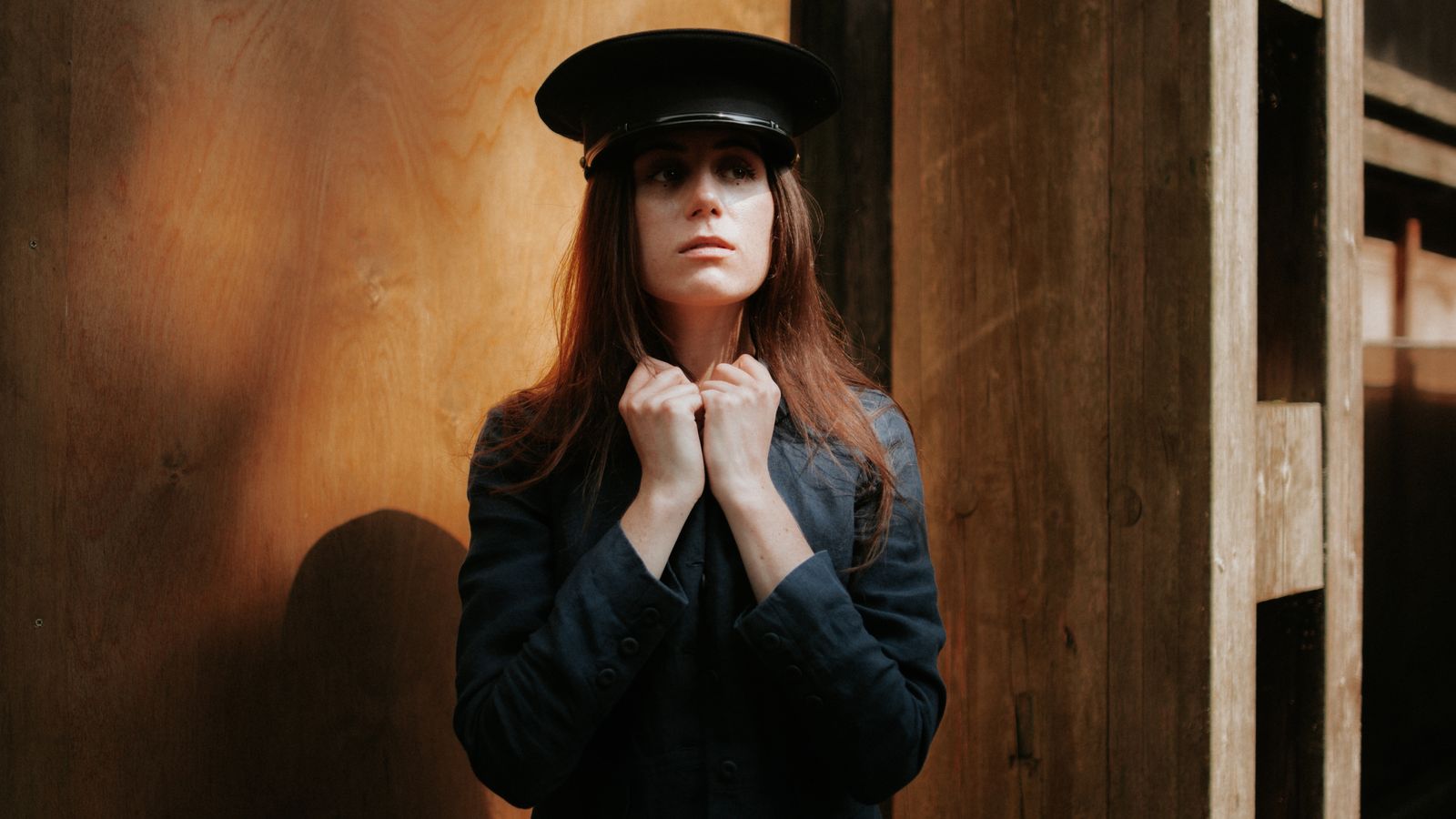 Dodie has always been incredibly open about her mental health and the way it impacts her music and song-writing.

It’s that openness, alongside her indie pop vibes, intricate lyricism and beautiful melodies, that has won her legions of fans from across the world who have followed her for years on YouTube and attended her shows.

Speaking ahead of the start of her new tour, which will take her across the UK, then to Europe and the US, the mononymous Dodie tells Sky News that she was “so ready” to get back out on stage after the pain of the last 18 months.

“I think with everything, with the whole year of lockdown, there was this rush of missing and nostalgia for everything in 2020, and then it didn’t come back, so I feel like I kind of processed losing something – I grieved a lot,” she says.

“And now that it’s coming back, it’s very strange, I don’t think anything has come back after I’ve grieved anything, so it is really interesting.

“There’s a lot of excitement, there’s also a lot of stress and I have to un-creak my touring machine, muscles, bones… and get back to it.

“So it’s definitely with some challenges, but overall, I’m so ready. I think I’m going to just run on stage.”

Build A Problem, Dodie’s first studio album, peaked at an impressive number three in the UK charts in May.

“I tried writing the other day because I haven’t written in ages and I immediately didn’t feel very well because… I had to access this kind of floating subconscious realm to let all my feelings come forward, and lines will come out.

“And that is very cool, but sometimes it puts you in a weird headspace. It’s like a dream state. You’re like, ‘what am I feeling?’ and then suddenly a line would come out and you’re like, ‘oh, I’m not feeling too well, I guess’.”

She explains that her song-writing process is linked to her mental state at the time.

Dodie has suffered from a depersonalisation disorder – where you have the feeling of being outside yourself and observing your actions, feelings or thoughts from a distance – for eight years, and while there is no treatment, understanding what it is has helped.

“I think it’s pretty clear how I was feeling – very unstable in [the song] Build A Problem,” she said.

“There’s a lot of songs that are quite manic, like Special Girl and also Cool Girl to an extent, it’s very like, ‘oh, I don’t really care, it’s fine, it’s fine’, and Four Tequilas as well, I was completely in denial.

Image: The singer says her mental state is often reflected in her music

“Then there are songs that are a bit more grounded, like Sorry, and there’s one called Before The Line, which is just like being so angry about your brain. But there’s also more hopeful ones like Rainbow – I think it’s like a great microcosm of what goes on.

“I don’t think I’m really very sure of who I am or what I believe, because it changes all the time, depending on where I am.”

She adds that talking about her mental health openly helps “it feel like less of a thing”.

“I can kind of hold it more easily if I’m like, ‘you know, guys, when I’m depressed, I feel this thing and this thing, and isn’t it interesting how the symptoms make me feel this way?’ – instead of ‘agghhh’.

“I just want to talk about it and I think empathy is a very important thing so I always would like to share.”

Dodie is the custodian of two YouTube channels with a combined 2.8 million subscribers – doddleoggle and doddlevloggle – where she has debuted music, performed covers, and given fans an insight into her life for years.

Image: Dodie says despite her large online following, she doesn’t see herself as a role model

But despite her dedicated fanbase, Dodie says she doesn’t see herself as a role model.

“Ariana Grande once said something like, ‘I don’t think I need to be perfect as a role model, I think being perfect is the worst thing that you could be in a role model’.

“I was like, ‘I relate’, so I don’t know – if I am a role model, it’s accidental and I hope I project the best things.

“It’s a weird thing to share online and I used to do that a lot, and yeah it had its benefits of feeling connected to an audience and I have no doubt that helped me in growing.

“But also it wasn’t great for my mental health, having so many pairs of eyes on me made me mental, and yeah, who knows? It was good and bad, but definitely difficult and complex.”

However, Dodie credits her use of YouTube as playing a huge part in her development as an artist, saying that she could get instant feedback on something she’s made and learn and grow for the next project.

So what does a Dodie gig look like? What’s the vibe on stage?

“Dramatic,” she says. “It’s more like a show, more so than ever.

“So we’ve obviously got the intro, with a lot of recognisable songs, and then it kind of goes into this almost musical theatre-inspired section to do with the middle of the album – and that’s kind of in this emotional hub of feelings – but then we’re back with the bangers, so I think you’ll sort of experience everything.”

Build A Problem is out now, and tickets are available for Dodie’s tour – which starts on Sunday