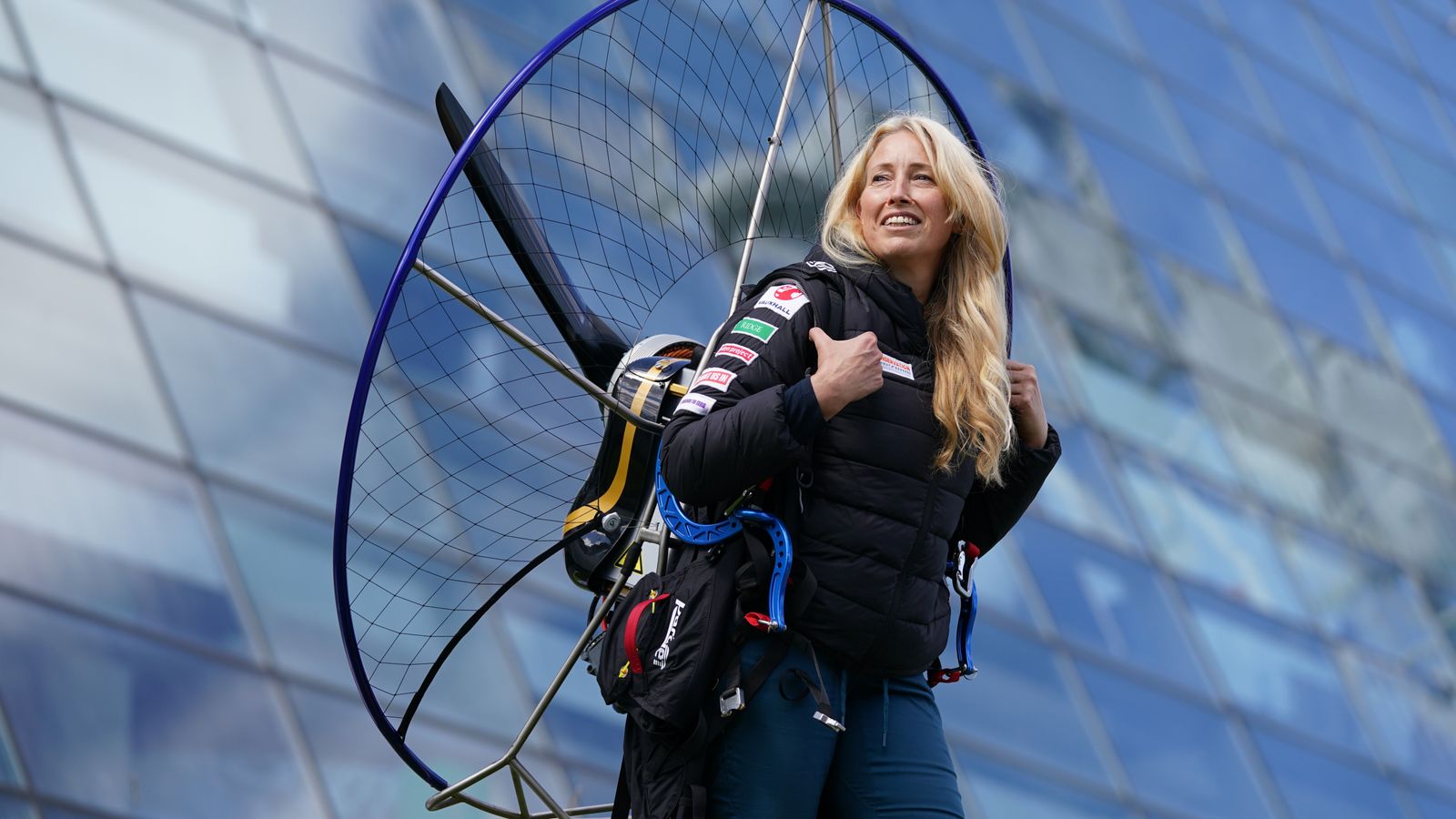 A climate campaigner who was attempting a world-first circumnavigation of mainland Britain to raise awareness about global warming has been seriously injured and a member of her support staff has been killed after a paramotor accident in the western Highlands of Scotland.

Sacha Dench had been dubbed the “human swan” as she attempted a 3,000-mile journey in a motorised paraglider ahead of November’s COP26 UN climate change conference.

Dan Burton, a member of her support staff, was killed during the incident on Saturday afternoon near Loch Na Gainmhich.

Ms Dench is currently in Aberdeen Royal Infirmary in a serious but not life-threatening condition.

Image: Ms Dench had been attempting the challenge to mark the COP26 UN climate change conference

In a statement, the trustees of Conservation Without Borders said: “We are very sorry to have to confirm that Dan Burton, the support paramotorist, has died as a result of the accident.

“Sacha Dench is seriously injured and is being treated in hospital. Her injuries are serious but not life-threatening.

“Both highly experienced paramotorists, our thoughts are with the family of Dan Burton, to whom we offer our sincere condolences.

“The incident was attended by police and medics and inquiries are under way to establish the details of the accident.”

The statement added that the families of those involved had been informed and that the Round Britain Climate Challenge would now be put on hold.