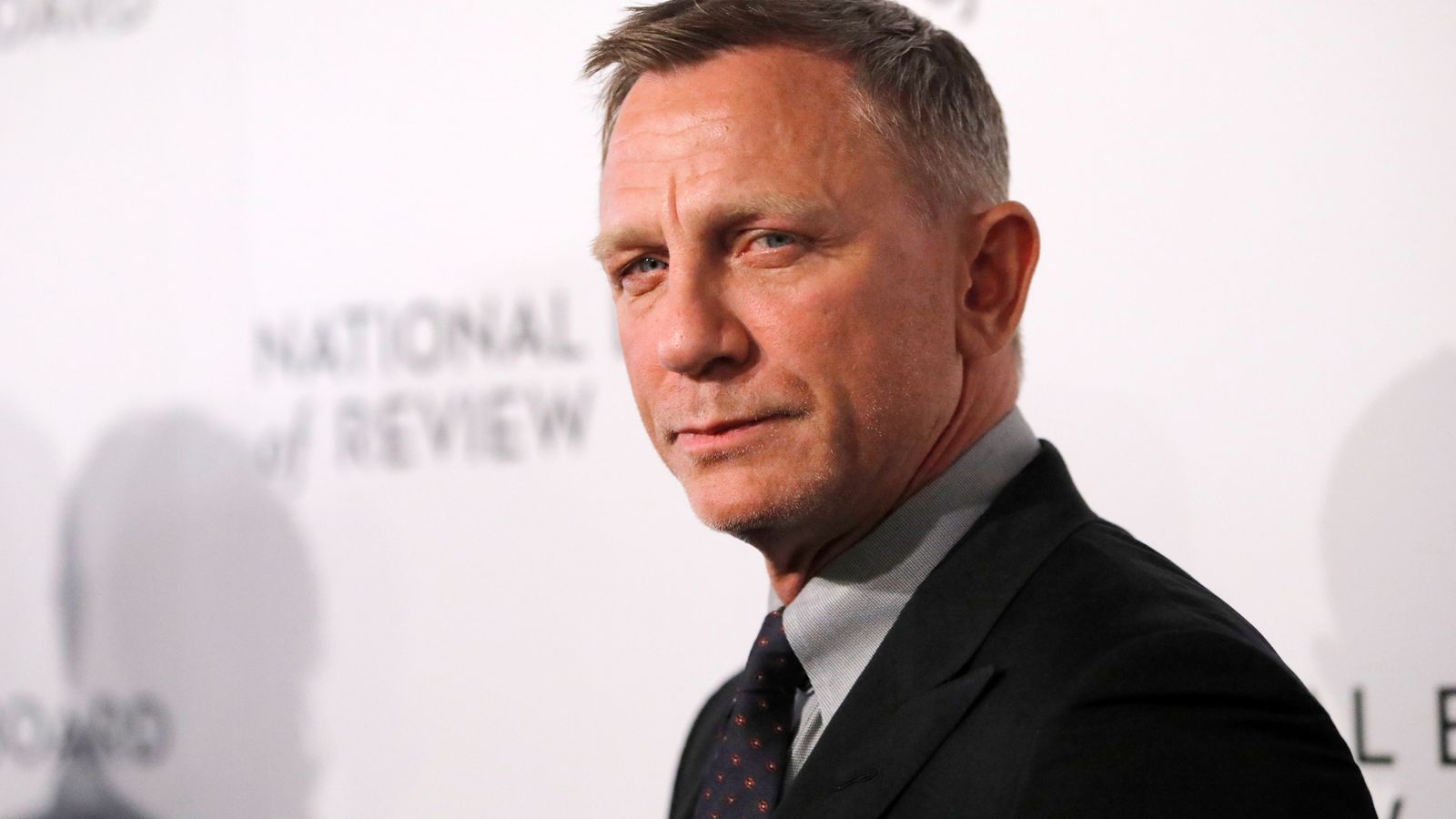 Daniel Craig says he is grateful the James Bond producers “held their nerve” to get his last 007 outing into cinemas rather than putting it online.

Speaking to Sky News ahead of the release of Craig’s final turn as the secret agent in No Time To Die, the actor said it was a “joyous thing” that the film will finally hit cinemas.

“It would have been sad [to see it on a streaming service], and we got here and we’re going to actually get into the cinemas,” he told Sky News.

He added that there had been a promo done around the time of the initial release in 2020, such as closing down Times Square in New York City, and that the last 18 months has “put things into perspective”, saying “there’s nothing we could do”.

And while the film is getting a cinematic release this time round, the future of the franchise was immediately questioned, when streaming players Amazon bought MGM – the studio that makes the spy films.

Image: Daniel Craig is pleased the latest Bond film will be released in cinemas rather than online

For Barbara Broccoli, Bond-producer extraordinaire, she doesn’t see any change in how we might watch those films in the future.

“We focussed on making the films for theatrical release and… I think that’s our position. [Amazon] certainly have told us that the films will be theatrical films in the future. And we’ll see what happens.”

Craig’s first Bond film was Casino Royale in 2006, but admits he was in “two minds about the role” at the time.

“I dealt with all those demons a long time ago – I was definitely in two minds about it at the beginning.

“But… I think all the right reasons – I was worried about the change to my life, and that clearly, like everybody, is very important.”

But does he regret it?

“I’ve never regretted it,” he said.

And even though this is the last time we will see Daniel Craig as the international super spy, for super-producer Barbara Broccoli, the thought of his replacement isn’t something she’s thinking about.

And we may not know who the next Bond is for a while, with Broccoli wanting to celebrate getting the film out before any decisions are made.

“He has been accepted by audiences all around the world. They all love him.

“He’s now their favourite Bond and I’m in denial.

“I do not want to think about what life will be like after Daniel, and so I’m going to put it off as long as possible.”

Sabina Nessa: A teacher who was ‘absolutely dedicated to her pupils’ and an ‘inspiration’ to her family