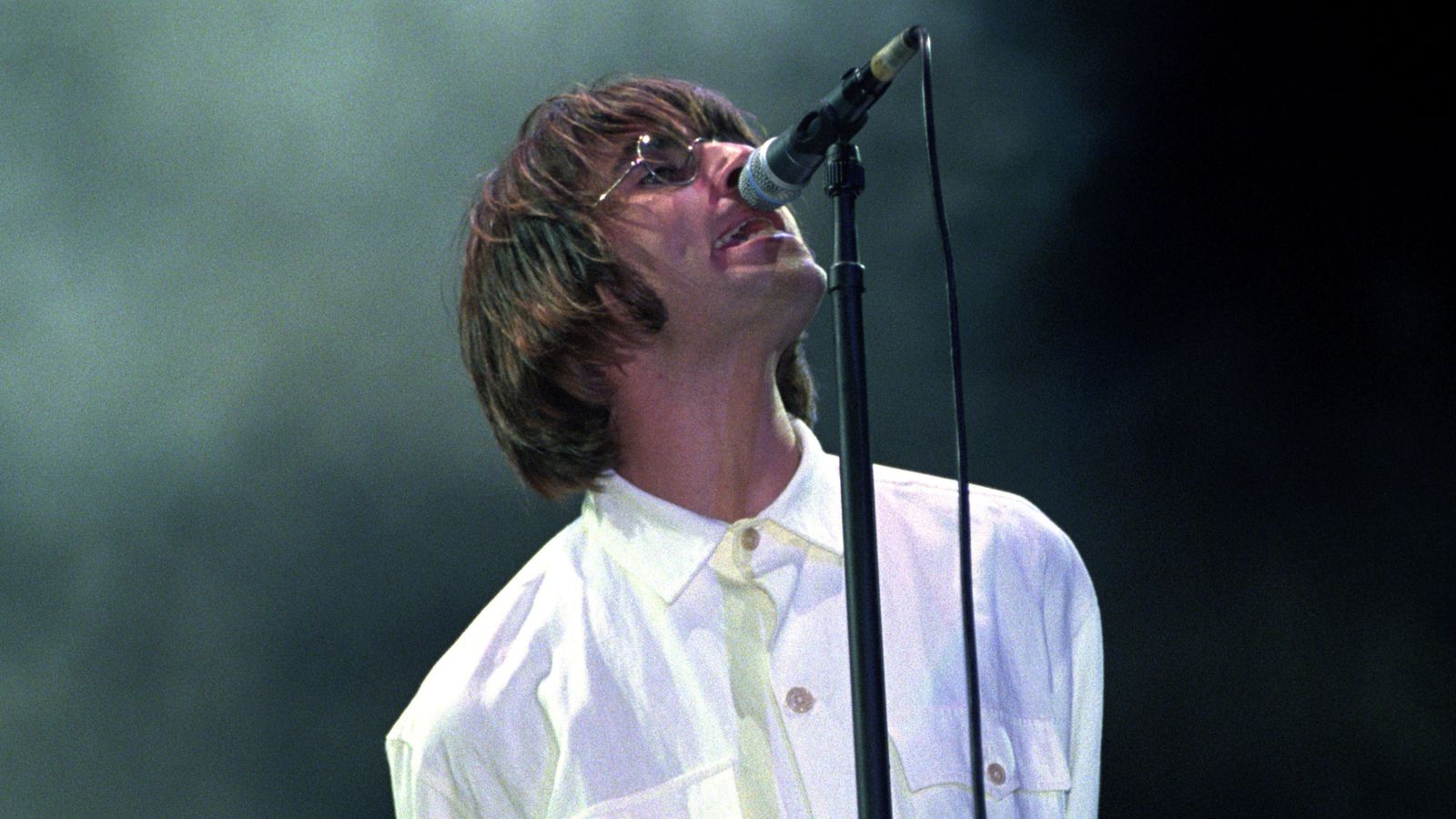 Liam Gallagher has announced a huge show at Knebworth – a return to the site of his history-making gigs with Oasis back in 1996.

The Knebworth Park performance in Hertfordshire in June 2022 will be the biggest of Gallagher’s solo career to date, just as the famous concerts were for Oasis when they played to 250,000 people over two nights 25 years ago.

“I’m absolutely buzzing to announce that on 4 June 2022 I’ll be playing Knebworth Park,” the singer said in a statement sent to Sky News, signing off in the style of his typical Twitter posts, “It’s gonna be biblical. C’mon You Know. LG x”.

The gig will follow the release of Gallagher’s third solo studio album C’MON YOU KNOW in May 2022, for which he is hoping to score a fourth consecutive number one – after topping the charts with his first two, As You Were and Why Me? Why Not, and a live album released in 2020.

August 2021 marked the 25th anniversary of Oasis’ famous Knebworth gigs, and fans have been reliving their memories following the release of the Oasis Knebworth 1996 documentary earlier in September.

More than 250,000 people descended on Knebworth Park to watch the huge shows, which took place 10 months after the release of the band’s second album (What’s The Story) Morning Glory? as they were at the height of their fame. Just two years on from putting out their debut record, Definitely Maybe, Liam and his brother Noel had taken Oasis from a council estate in Manchester to becoming one of the biggest bands in the world.

The new documentary features fan accounts of what it was like to be in the audience for the band’s most famous shows, as well as unseen archive footage from the gigs and backstage.

“Everyone wanted to be there,” director Jake Scott told Sky News ahead of its release. “It was already famous before it happened, the biggest rock concert on British soil in history.”

The programme also highlights the relationship between Noel and Liam at the time, before things turned acrimonious. In the film, Noel compliments his brother, saying: “You’re only as good as your frontman, any band, and if that is Oasis at its peak – which it is – it’s because Liam’s at his peak.”

Can he match it as a solo artist a quarter of a century later?

Gallagher has been performing as a solo artist for the last few years, after first fronting his band Beady Eye following Oasis’ split in 2009.

His Knebworth announcement follows headline sets at Reading and Leeds Festival and TRNSMT over the summer, alongside a free gig for NHS staff at the O2.

Tickets for the Knebworth gig go on general sale on Friday 8 October through Live Nation.

Delays: Brother and bandmate says singer Greg Gilbert ‘always will be in our melodies’ following death from cancer aged 44