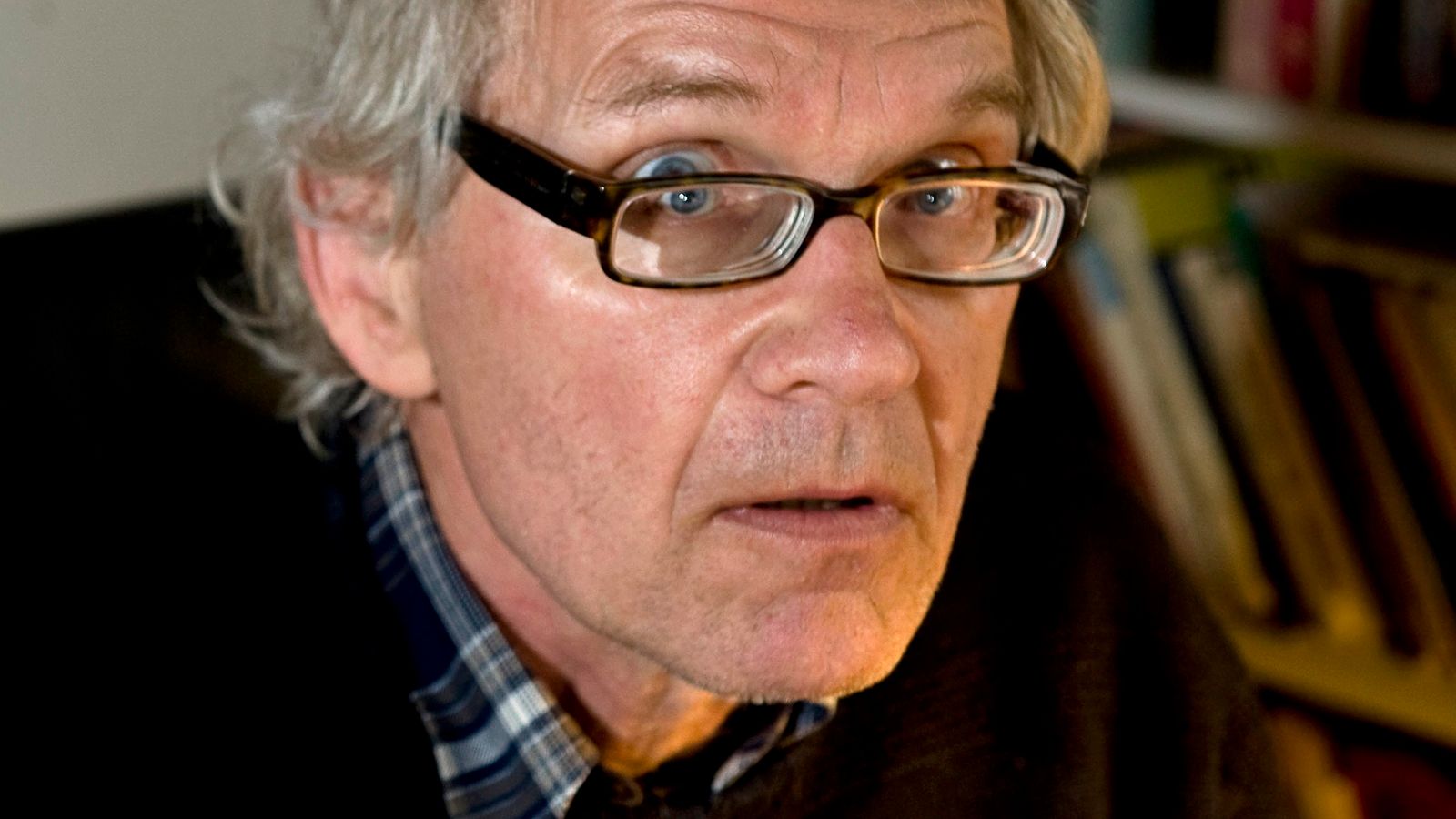 A Swedish artist who drew the Prophet Muhammad with a dog’s body has died in a traffic accident, according to Swedish media reports.

Lars Vilks, 75, had been placed under police protection following multiple death threats – including from al Qaeda – over his 2007 cartoon.

According to Swedish news agency TT, police confirmed that Vilks was traveling in the car with two police protection officers on Sunday when it was involved in an accident with a truck.

All three have reportedly died and the truck driver was injured.

Police have not named Vilks as one of the casualties, but the artist’s partner confirmed his death to the Dagens Nyheter newspaper.

Image: Vilks and two police protection officers are said to have died in the accident outside the town Markaryd in Sweden. Pic: AP

The cause of the accident is now under investigation.

The death threats against Vilks came following his cartoon, with dogs being considered unclean by conservative Muslims, and Islamic law generally opposing any depiction of the prophet, even favourable, for fear it could lead to idolatry.

In 2015, he attended a free speech event at a café in Copenhagen. It was targeted by an Islamist gunman who opened fire, killing a film director and wounding three police officers. The gunman then went to a synagogue and killed a volunteer guard.

Vilks later said he believed he was the intended target of the shooting.

In 2010, two men tried to burn down his house in southern Sweden. Last year, a woman from Pennsylvania pleaded guilty in a plot to try to kill him.

Vilks was largely known within Sweden for illegally building a sculpture made of driftwood in a nature reserve, triggering a lengthy legal battle.

He was fined, but the seaside sculpture – a jumble of wood nailed together – draws tens of thousands of visitors a year.

Reproducing other artists’ work is ‘honouring’ them, says Mr Brainwash