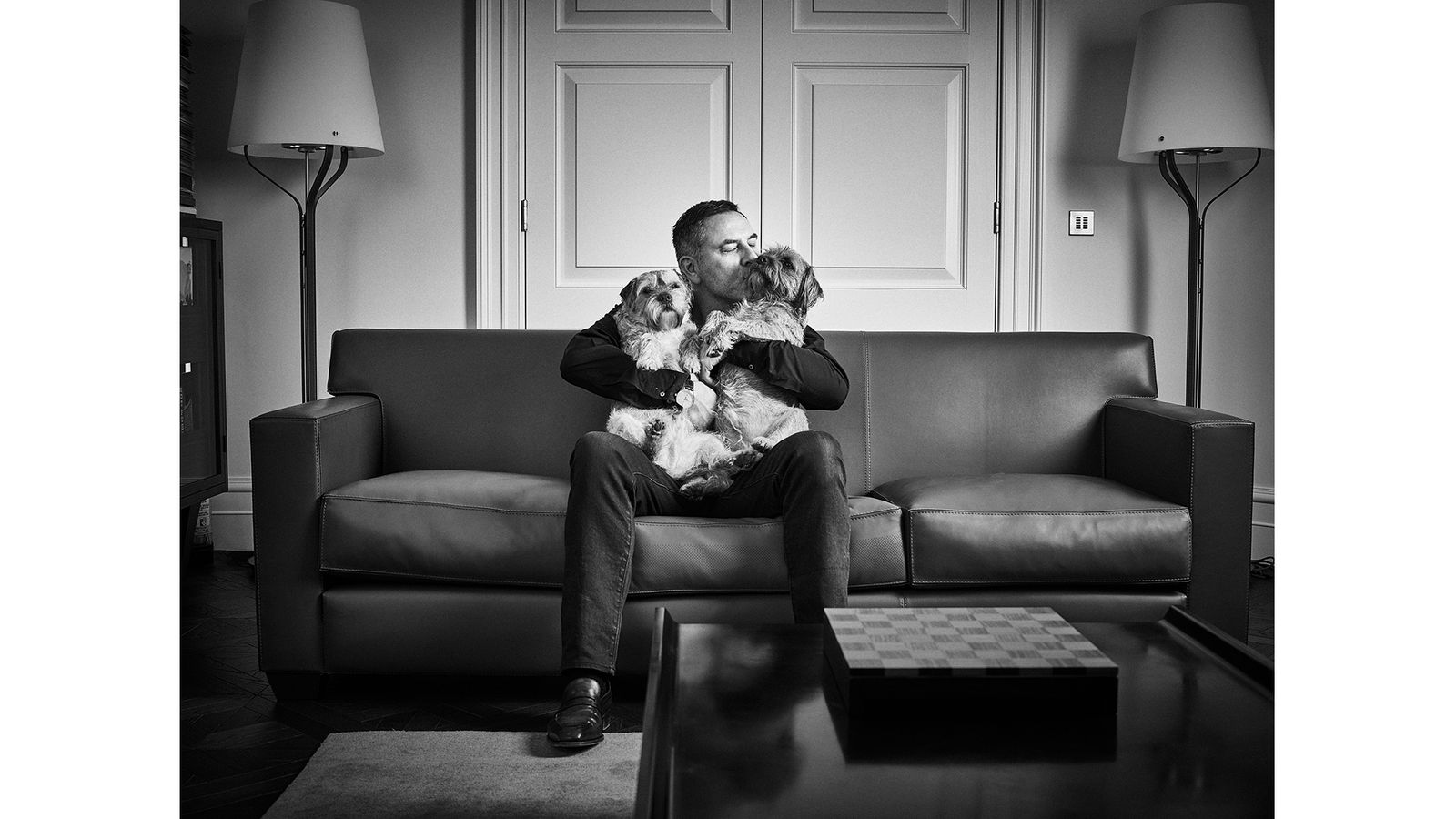 Simon Cowell, David Walliams and Tilda Swinton are among the A-listers showing off their pets in celebration of charity Guide Dogs’ 90th anniversary.

Photographer Andy Gotts has snapped the paw-traits in an effort to shine a light on the stars’ most loyal fans.

It comes as the charity launches its annual appeal, which this year, owing to its age, is themed around “90”.

The first officer guide dog partnership in the UK began in October 1931, with the charity responsible for up to 8,400 puppies and dogs at any one time.

Gotts is used to snapping Hollywood icons such as George Clooney, but has turned his hand to capturing the pooches and their humans for the charity.

He said: “Needless to say, for my career, sight is important, so I have always thought that helping a charity like Guide Dogs that supports people with a vision impairment is something I would love to do.”

David Walliams, who was photographed with border terriers Bert and Ernie, said: “Guide Dogs is such an amazing charity and is one of the first charities you hear about as a child.

“My dogs mean everything to me so I can only imagine the incredible bond a person has with their guide dog.

“I’m delighted to celebrate the 90th anniversary of the first four guide dog partnerships and please get involved with the Guide Dogs Appeal, if you can, to help fund the next 90 years.”

Pam White, national community fundraising campaigns manager, said: “We’re so incredibly proud of what we’ve achieved over the past 90 years.

“This October, we celebrate 90 years since our first four dogs changed those first four lives.

“Since then, we’ve been there for people with sight loss and those around them – every day and every step of the way.

“As we’ve grown, so have our services, provided by brilliant and dedicated people working alongside our fantastic dogs.

“Sight loss isn’t going away. But neither are we. With new services, new technologies and our amazing staff, dogs and supporters, we plan to double the amount of people we help by 2023, helping them to help people with sight loss live actively, live independently and live well.”

Other celebs pictured with their pups for the campaign include presenter Eamonn Holmes, environmentalist Chris Packham and journalists Nicky Campbell and Fiona Bruce.

From The Crown to Princess In Love: Who has played Diana on the big and small screens?