From The Crown to Princess In Love: Who has played Diana on the big and small screens? 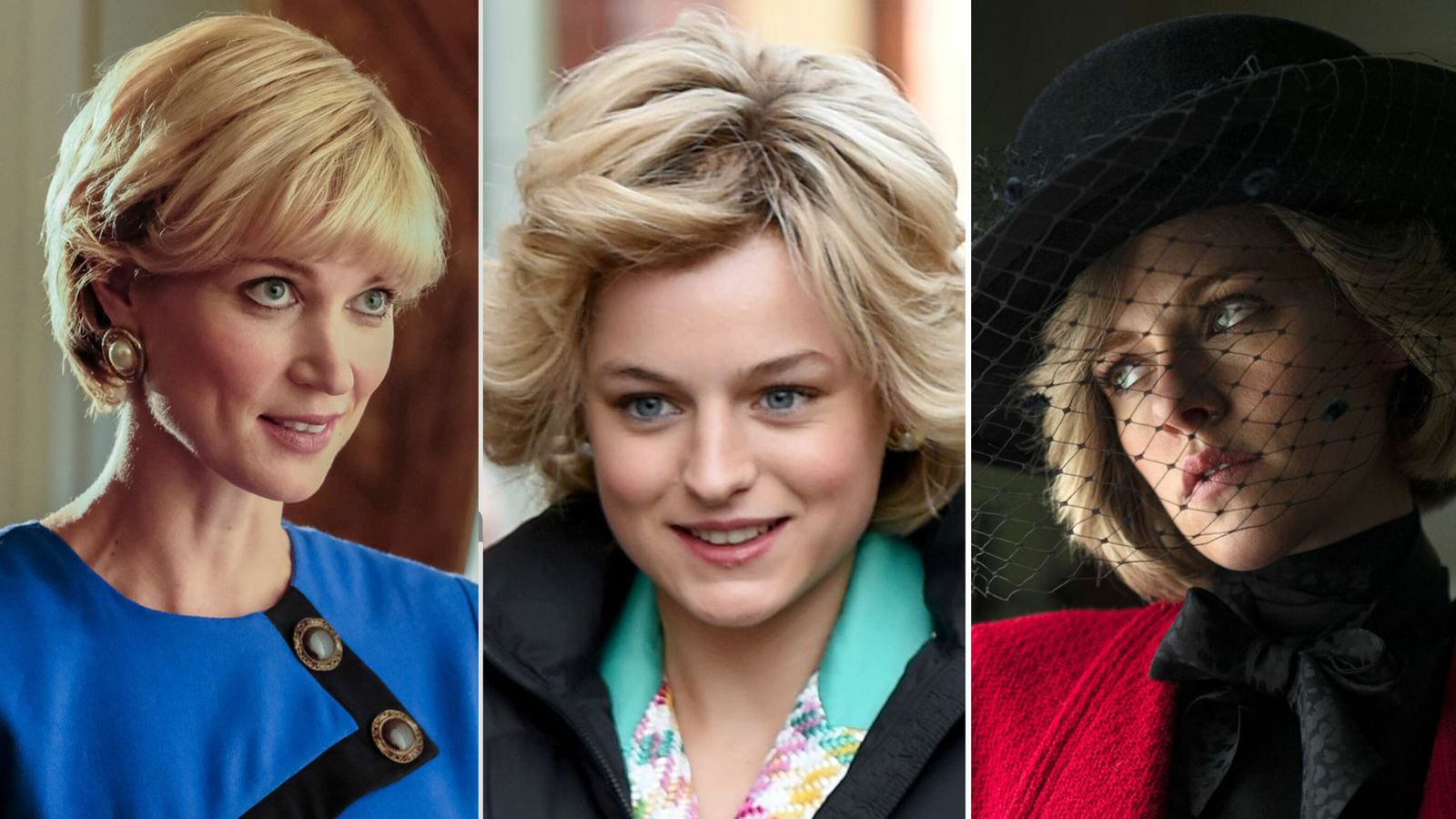 Kristen Stewart is the latest actor to take on the role of Princess Diana as Spencer hits UK cinemas.

The movie, directed by Chilean film-maker Pablo Larrain, takes place over three days during the 1991 Christmas break, when Diana was staying at Sandringham house.

But over the years many people have attempted to portray the late royal’s life in biopics and on the small and big screens.

Image: Stewart is the latest actress to take on the role of Diana. Pic: Topic Studios

From hit Netflix series The Crown to the 2013 movie Diana, we take a look at the best (and least) known depictions:

Elizabeth Debicki is the latest to play Diana in The Crown. The Australian star will take on the role for the final two seasons of the show.

Production of the fifth season began in the UK in July and will feature Dominic West as Prince Charles.

“It is my true privilege and honour to be joining this masterful series, which has had me absolutely hooked from episode one,” Debicki said in a statement posted by The Crown’s official Twitter account.

The British actress Emma Corrin played the princess in the fourth season of the Netflix series. She picked up a Golden Globe, a Critic’s Choice Award and a SAG for the role.

One review said “she absorbed every gesture, every affectation, from the Shy Di head tilt to the slightly mournful cadences of her voice, yet her performance always feels startlingly fresh”.

Naomi Watts was cast in the leading role on the 2013 film Diana. It focused on her relationships with Hasnat Khan and Dodi Fayed and was based on Kate Snell’s 2001 book, Diana: Her Last Love.

Her depiction was described by The Guardian as making the character look “like she’s in a two-hour Spitting Image sketch scripted by Jeffrey Archer”.

Lesley Harcourt made a small appearance as Diana in the 2011 US TV movie William & Catherine: A Royal Romance. It aired four months after Prince William and Kate Middleton’s wedding.

Genevieve O’Riley played Diana in 2007 docudrama, Diana: Last Days of a Princess. It focused on the final years of her life, leading up to her death in 1997.

Image: Michelle Duncan as Diana in the 2005 ITV film Whatever Love Means

Duncan took on the role of Diana in the 2005 ITV film Whatever Love Means. It delved into Prince Charles’s early relationship with Camilla before he joined the Royal Navy.

“It felt momentous at the time but was a bit of a poisoned chalice, because she was such a revered figure,” Duncan told Sky News.

“Before we’d all got used to big budgets like The Crown, it felt almost comical to have the temerity to act a Royal.”

Seccombe played Diana in the 1988 TV film Diana: A Tribute To The People’s Princess. It looked into her short romance with Dodi Fayed, including the fatal 1997 car crash.

Princess In Love was released in 1996. An adaption of Anna Pasternak’s biography it looked at Princess Diana’s alleged relationship with Captain James Hewitt.

NBC’s 1993 movie Diana: Her True Story, was adapted from Andrew Morton’s book of the same name. It used old footage where she talks candidly about the highs and lows of her high-profile life.

And there have been a few more…

Others to have portrayed Diana include Caroline Bliss in Charles And Diana: A Royal Love Story, Catherine Oxenberg in The Royal Romance Of Charles and Diana and Nicola Formby in The Women Of Windsor.

Adele opens up about her son, dating and weight loss in new Vogue interview