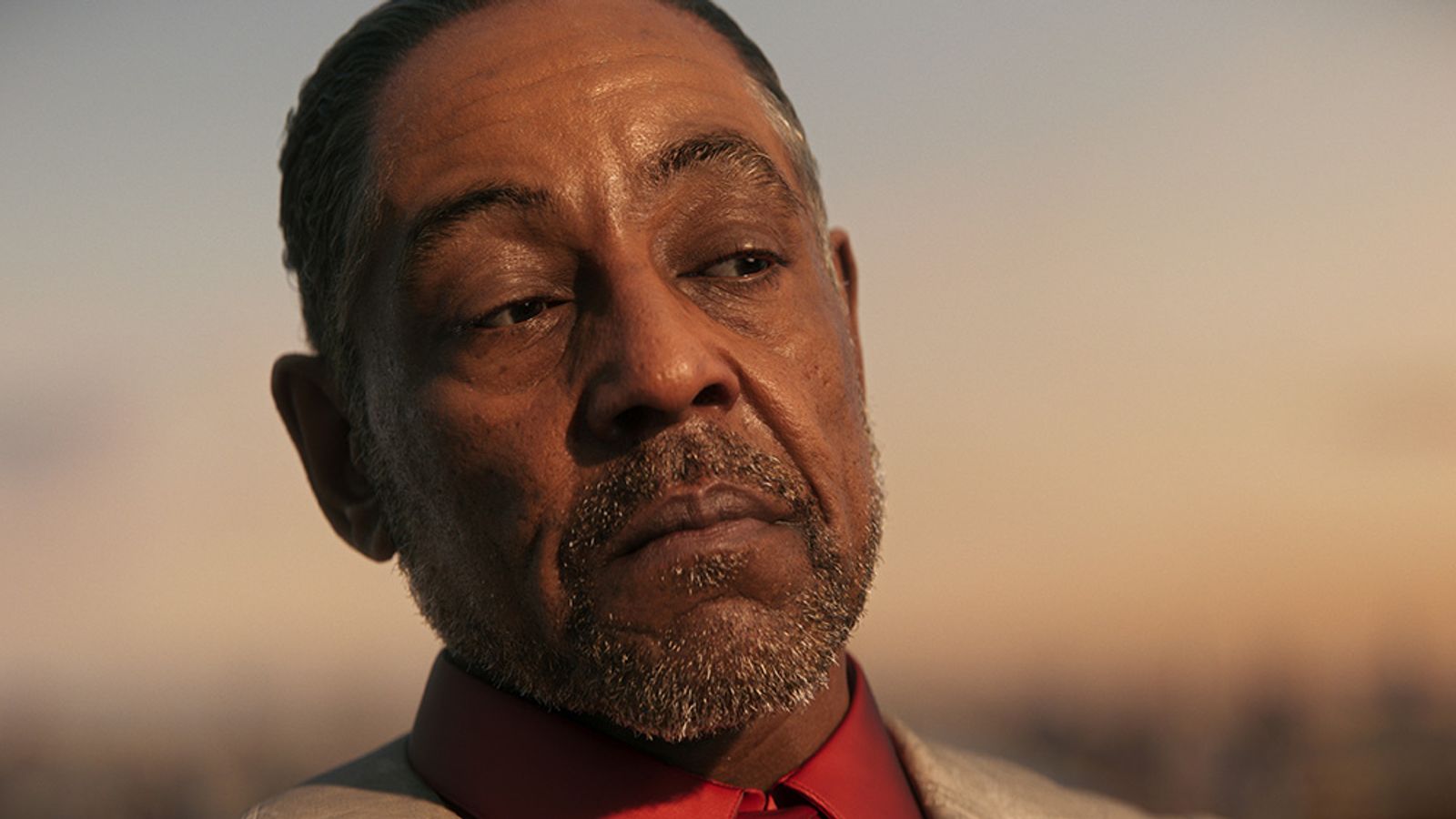 Far Cry has been a staple of the open-world, first-person-shooter video games, and today, the franchise showcases its biggest iteration yet.

It is not just the biggest map, arsenal of weapons and choice of animal companion; but cast as well.

Speaking to Sky News, Esposito told of the difference between working in film and TV, and video games; “I’m glad I had the experience of the Mandalorian… but in Far Cry it’s a different.

“You’re dressed in a suit and all of your movements are recorded, including your facial movements via a helmet camera. [TV] and this are very different.

He went on to elaborate on how Far Cry 6’s in game politics reflects on real world politics in the West: “We know part of the story of Anton, because we’ve seen different dictators around the world rise and fall. He wants the best for his people, and that’s what makes Anton complicated and what makes this game complicated.

“This story relates to the world, because we’re still, in a way, controlled by large corporations and political figures who say they’re going to do something to get your vote, and then when they get in there, they cultivate their relationship with big business, because that equates to money, and your vote just went out the window.”

The game is set on a number islands, occupied by Castillo’s soldiers, as he rules with an iron fist over Yara.

Esposito goes on to express his concerns about Western politics in the real world: “The UK is a bit of a mad sack with Brexit, trying to figure out how to become autonomous again, which relates to Anton’s story in a certain way.

“I’m concerned politics has become more of an entertainment vehicle, as opposed to a genuine vehicle for change, and politically we give up because we don’t see any change really happening.

“I believe people have to become fed up enough for change to really occur. As an artist I prefer to speak gently about the political situation in the world because it’s all the same in many ways. The balance of power is certainly incorrect because the people don’t have the say that she should have.”

Keeping with Far Cry’s traditions, the player will traverse sprawling jungles and enemy and friendly encampments, which now look better than ever on next gen consoles.

Whether you choose to use stealthy weapons such as bows and arrows or make a big impact with grenade launchers and Molotov cocktails, the way to play is entirely up to the player.

Image: Far Cry has often been considered to be a jewel in Ubisoft’s crown. Pic: Ubisoft

There standard problems associated with open-world epics plague Far Cry 6, such as non-playable-characters colliding, and the occasional event not triggering properly when players complete objectives.

Esposito is excited to play this iteration of Far Cry, despite not being too familiar with the gameplay of the franchise. He said: “I have had the opportunity to play it with the artists creating it, but I’m afraid I might get addicted to it.”

Ubisoft has built in a feature where the heads up display (helpful information such as the map, remaining ammunition, and enemy awareness gauges), completely disappear when a player crosses a map boundary from one area to another, causing disorientation.

Far Cry has been a jewel in Ubisoft’s crown since its inception, and has consistently delivered well-received titles, where other franchises such as Assassin’s Creed have not.

As Christmas approaches, gamers, and parents of gamers will be considering which titles offer most bang for buck, with FC6’s Ultimate Edition costing nearly £90, and a Ubisoft Store exclusive Collectors Edition, which includes a replica flamethrower, costing nearly £180.

However despite the steep cost of brand new triple A releases, Far Cry is sure to provide many hours of replayability, and satisfaction.