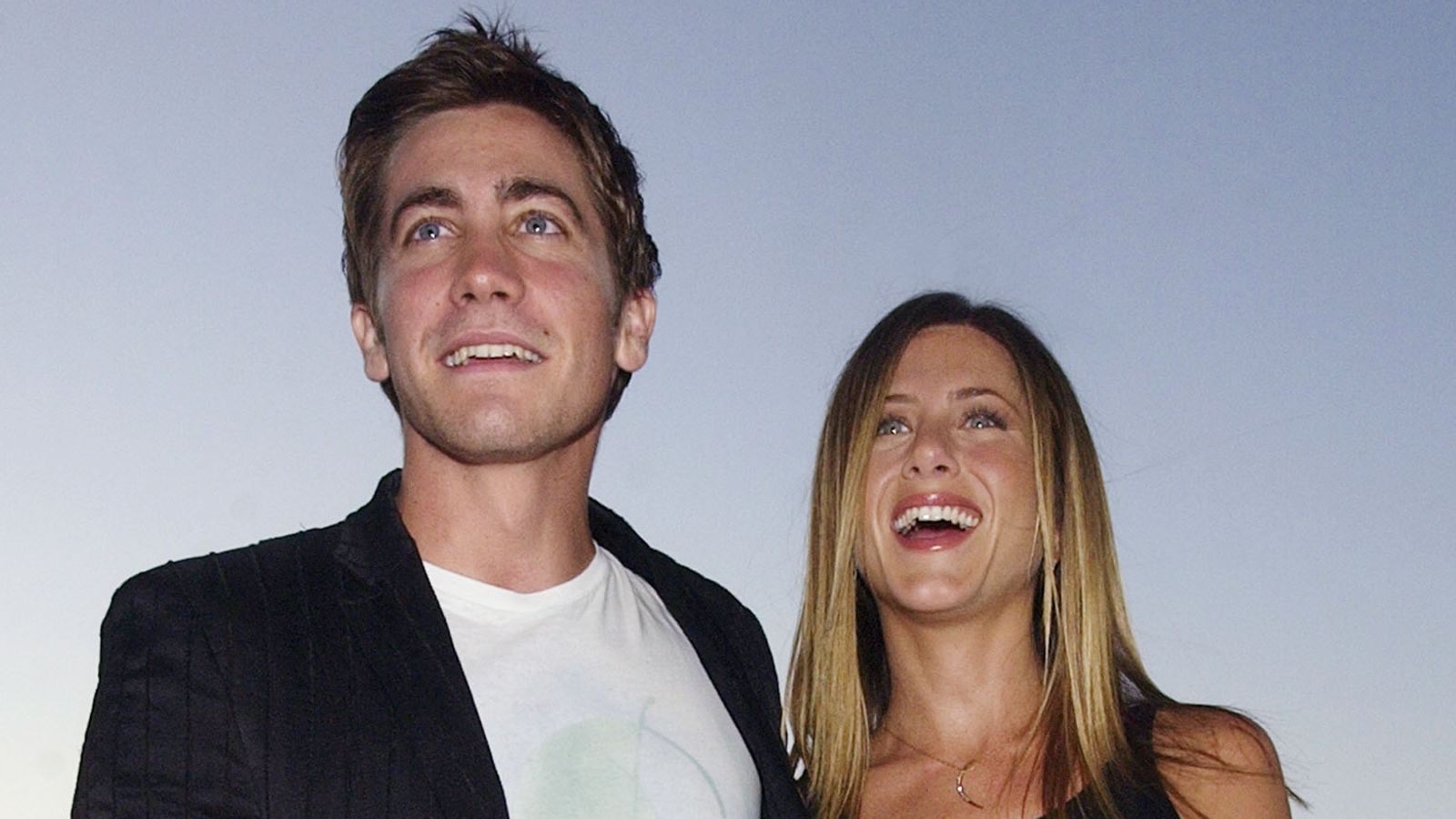 The pair starred in the 2002 film about a married shop worker in a small Texas town who has an affair with her co-worker.

Gyllenhaal discussed filming the intimate scenes with the Friends star during an interview this week on The Howard Stern Show.

When asked by the US radio host if it was “torture” to take part in the sex scenes with Aniston, Gyllenhaal jokingly replied: “Oh, yeah. It was torture. Yes, yes it was. But it was also not torture. I mean, come on, it was like a mix of both.”

Image: Jake Gyllenhaal and Jennifer Aniston starred in the 2002 film The Good Girl

“Weirdly, love scenes are awkward, because there are maybe 30, 50 people watching it? Maybe if it’s a closed set, maybe less. That doesn’t turn me on,” Gyllenhaal, 40, said.

“It’s oddly mechanical. And also it’s a dance, you’re choreographing for a camera.”

He explained that filming a sex scene is like “a fight scene, you got to choreograph those things”.

The Brokeback Mountain star said Aniston, 52, was “very kind” and offered him the use of a pillow when filming the sex scenes.

“The pillow technique was used,” he admitted, saying the two characters did a lot of “making out on boxes in the backroom.”

“That was just preemptive and used generally always when actually in a horizontal place in that movie.”

He added: “I think that was actually a Jennifer suggestion, she was very kind to suggest it before we began. She was like, ‘I’m putting a pillow here.'”

Gyllenhaal appeared on the radio show to promote his new Netflix film, The Guilty.