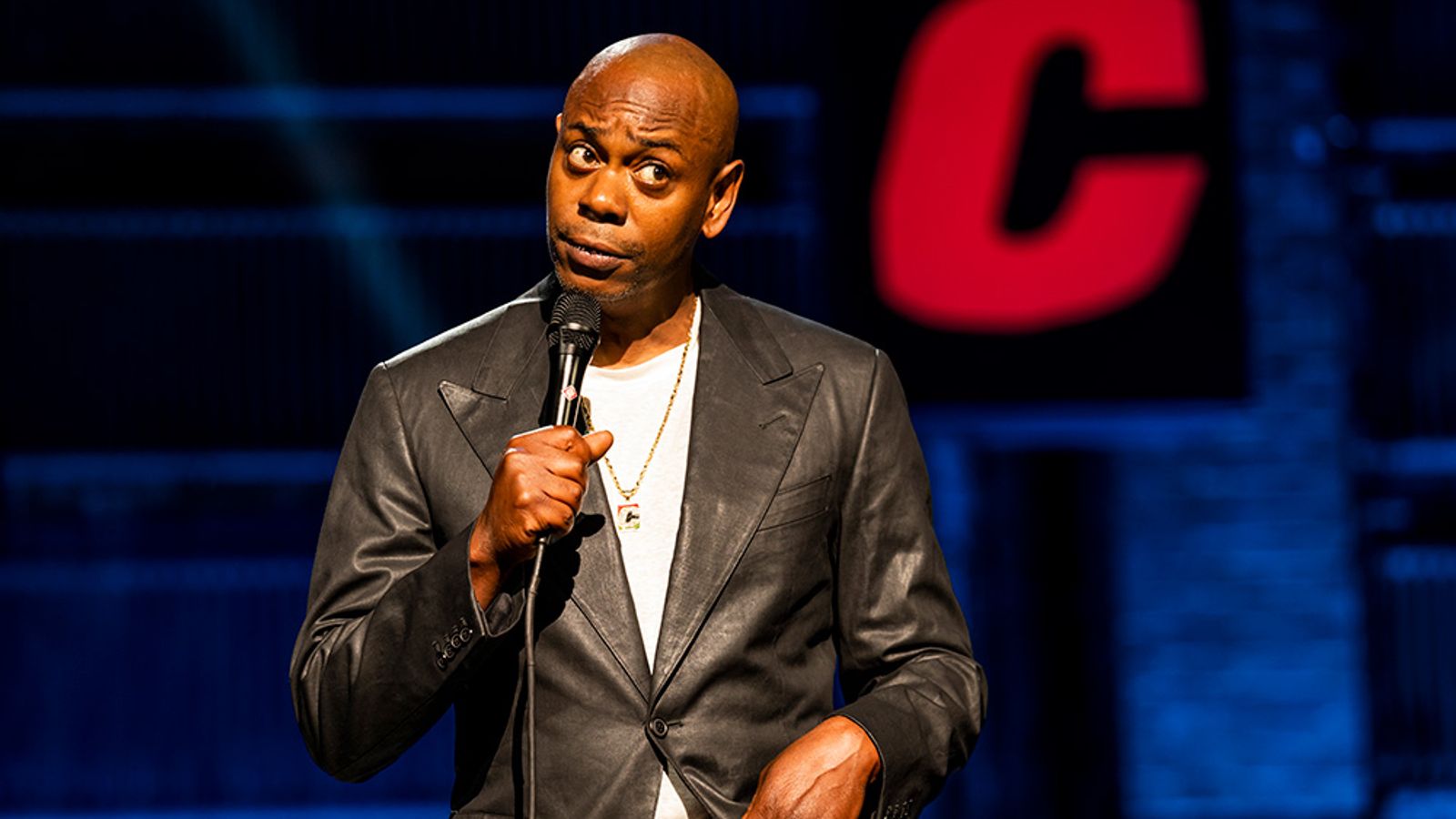 Netflix has been urged to pull comedian Dave Chappelle’s latest stand-up show from its platform over his comments in the special around transgender people.

The US comic told his audience that “gender is a fact” in The Closer, and declared that he was part of “team TERF” – which stands for trans-exclusionary radical feminist.

He also stated his backing for JK Rowling, who received backlash last year after her essay on the concept of biological sex, which many considered to be transphobic.

Image: He made the comments on his latest Netflix special. Pic: Netflix/Mathieu Bitton

GLAAD, an LGBTQ+ advocacy group in the US, has accused Chappelle of delivering “anti-LGBTQ diatribes”, writing on Twitter: “Dave Chappelle’s brand has become synonymous with ridiculing trans people and other marginalised communities.

“Negative reviews and viewers loudly condemning his latest special is a message to the industry that audiences don’t support platforming anti-LGBTQ diatribes. We agree.”

The organisation also retweeted a post that accused Chappelle of delivering “stupid routines about #LGBTQ people”.

Also unhappy with the comedian’s comments is The National Black Justice Coalition, which has asked Netflix to take the show down from its platform.

The coalition’s executive director David Johns, said: “With 2021 on track to be the deadliest year on record for transgender people in the United States – the majority of whom are black transgender people – Netflix should know better. Perpetuating transphobia perpetuates violence.

“Netflix should immediately pull The Closer from its platform and directly apologise to the transgender community.”

Chappelle is no stranger to accusations of transphobia, having made previous comments about Caitlyn Jenner and the wider trans community in previous stand-up specials.

Sky News has contacted both Netflix and representatives for Dave Chappelle for comment.

Squid Game: Netflix to edit out phone number from show after woman in South Korea gets barrage of calls from fans