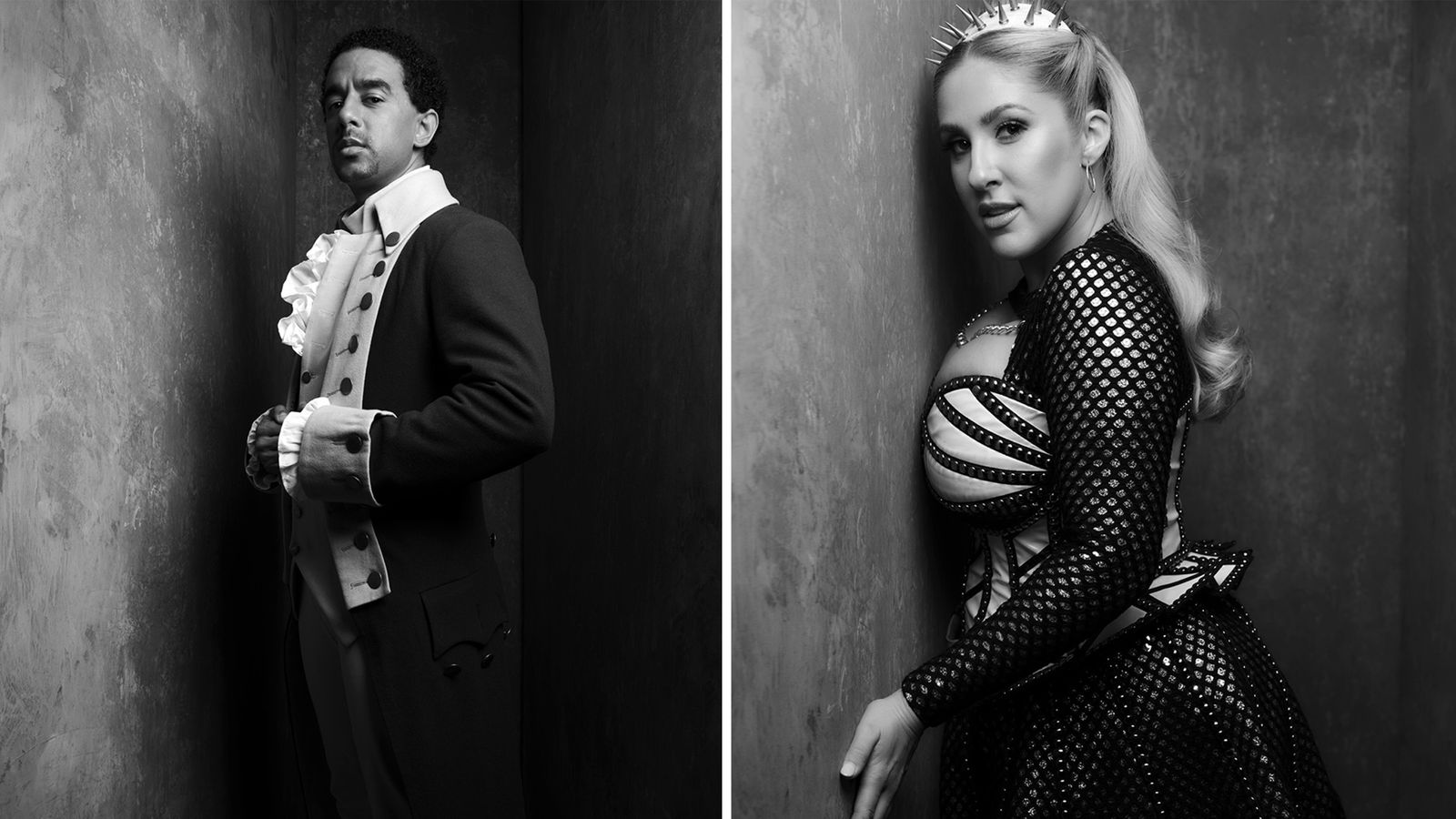 Photographer extraordinaire Rankin has launched one of the biggest projects of his career, by attempting to snap 200 people from the world of theatre to help raise money for charity.

Inspired by the complete shut down of cultural venues in London, Rankin will open an exhibition in person and online, as well as launch a book, that showcases the resilience of the sector by photographing everyone from actors, to stage managers, to front of house staff.

“This idea came pre-lockdown, a friend of mine, a curator who I’ve worked with for about 20 years, came to me with this concept of ‘why don’t you take a portrait of the West End’,” he told Sky News.

“When the COVID pandemic hit and the city closed, it became really of an incredible resonance… with the public, and I don’t think either of us imagined it would take this long for them to reopen.

“So we started kind of putting messages out there to people asking them if they’d be interested in it during the first lockdown, and what was brilliant was just how many people started to get excited by it.

“It’s a really interesting situation when somebody comes up with an idea and you start to put it into the Aether and suddenly it becomes almost a kind of a snowball effect and everybody just got behind it so fast – so it’s been about a year in the planning, and we’re still kind of sort of running by the seat of our pants as you’d imagine, because that’s the way I think that this sort of project works.”

Among those who have been given the Rankin treatment are stars and workers from the ground-breaking hip-hop musical Hamilton, the Tudor-inspired girl group show Six and the Abba classic, Mamma Mia!

“We didn’t want to make it about just the people on stage performing,” Rankin explained.

“But actually what goes into making any performance production? I mean, I work in film and photography and the people behind the scenes in that are equally as important to me in terms of getting the thing done, and when it comes to things like theatre.

Recalling a memorable back of house subject he shot, he said: “I did an amazing stage door guide… and he came with his outfit that he wears, and he came with a book because he also reads in between performances – it’s been really brilliant, it’s going to have that diversity of people in the shots.”

Rankin is doing the project pro bono, and has partnered with the likes of Fujifilm and Addison Lee to get the shoots over the line.

It means that money can be raised not only to help the theatre industry, but also a number of London’s homeless charities.

The photographer added that perhaps in the future the project could broaden to other sectors in London’s theatre district, such as nightclubs, bars and restaurants – in celebration of the area’s return to form following the lockdowns.

What does he want people to take away from his exhibition next month?

“I’m hoping people will come and see the show, and then go and see a show,” he told Sky News.

“I hope that we are able to capture the excitement and the energy that I’ve been witnessing, meeting all these people – you can’t underestimate how excited every single person has been coming in to the studio to be photographed.

“For me, it’s the extreme diversity of what is being made – who’s making it and how brilliant that is… I think that’s kind of what I’m hoping when people come and see the show or even see online or see on social – they’ll see that London’s back, and that theatre and live performances are back and let’s get there and celebrate it.”

The RankinLIVE x West End Theatre exhibition will be available to view at Fujifilm House of Photography in London from 3 November.