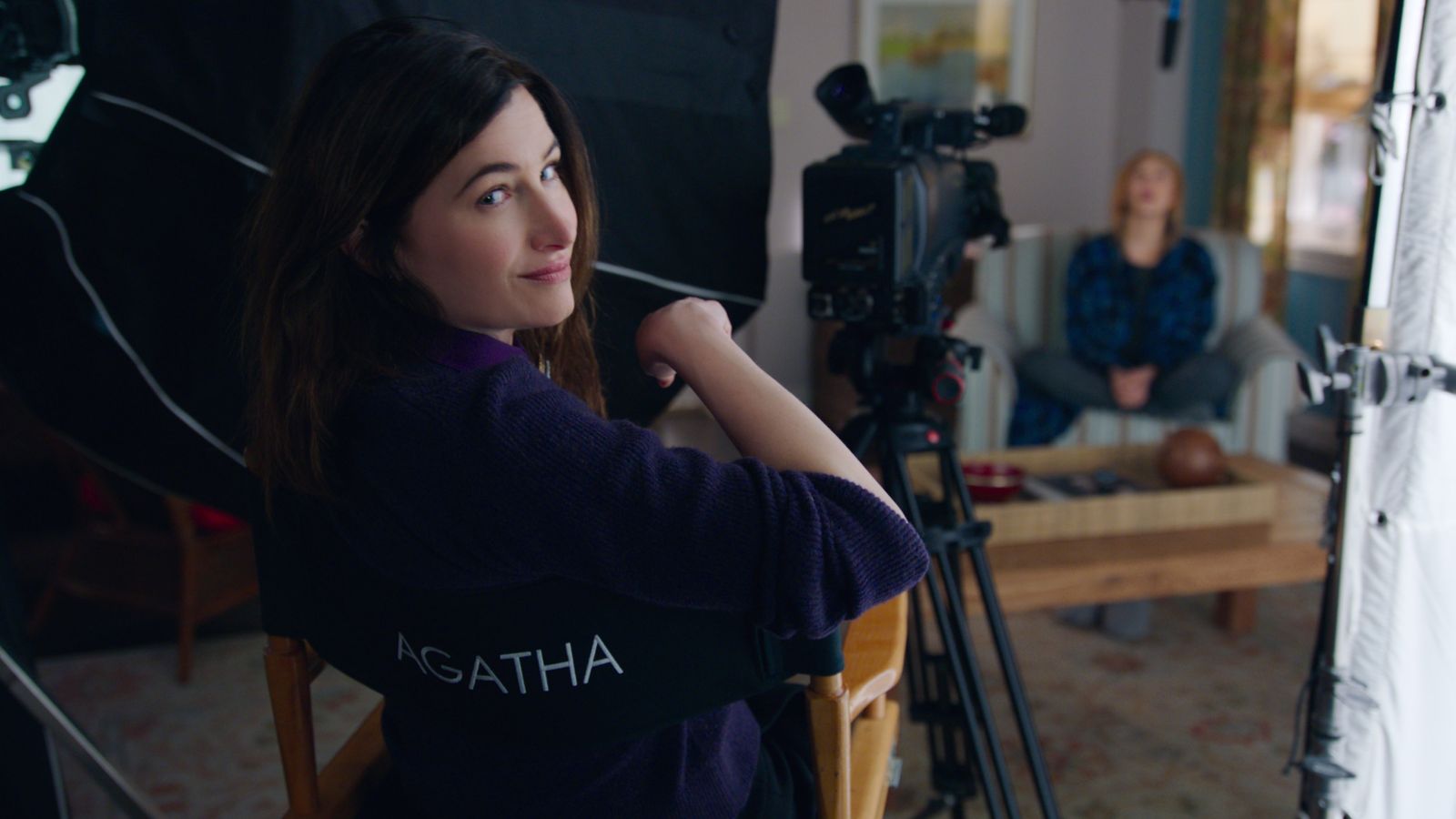 From what is probably the hardest working studio in Hollywood, Marvel is said to be developing a spin-off from its hugely-successful WandaVision with fan favourite character Agatha.

Warning: If you’ve not yet watched Marvel’s WandaVision, there will be spoilers below!

The show’s villain Agatha Harkness, played by Kathryn Hahn, who was revealed to be a powerful witch that survived the Salem trials, will be the centre of a dark comedy, according to industry site Variety.

Image: Kathryn Hahn was revealed to be the show’s villain. Pic: Marvel Studios

Jac Schaeffer is apparently returning to write the show and executively produce it, having signed a deal with Disney’s 20th Television and Marvel earlier in the year.

It would add to the superhero franchise’s already busy schedule, with the Marvel Cinematic Universe (MCU) into its fourth phase, which follows the events of Avengers: Endgame.

WandaVision had been a test for the studios as its first TV series for streaming platform Disney+, but it quickly scooped up more than 20 Emmy nominations – including for Hahn in the best supporting actress category.

The conclusion of WandaVision saw Wanda (or the Scarlet Witch as she’s canonically known) fly out of the town of Westview after trapping Agatha there.

The Falcon and The Winter Soldier and the critically-acclaimed Loki soon followed at the studio as TV shows for Disney+, teeing up the next set of films which kicked off with Black Widow and Shang-Chi and The Legend of The Ten Rings earlier this year.

It could be a while until we see Agatha Harkness again though, with Kathryn Hahn’s diary filling up quickly with projects like Knives Out 2 and The Shrink Next Door currently in production with the in-demand actress.

Image: Wanda, played by Elizabeth Olsen, learnt there was more than meets the eye when it came to her neighbour. Pic: Marvel Studios

The next Marvel projects due to be released include Eternals, which gets its London premiere later this month, Spider-Man: No Way Home, and Doctor Strange in the Multiverse of Madness – which is due to see Elizabeth Olsen reprise her role as Wanda.

Kathryn Hahn had been known as a comedy actress for many years, appearing in films such as Step Brothers and Anchorman, as well as taking on recurring roles in shows like Parks And Recreation and Central Park, before landing a coveted spot in the MCU.