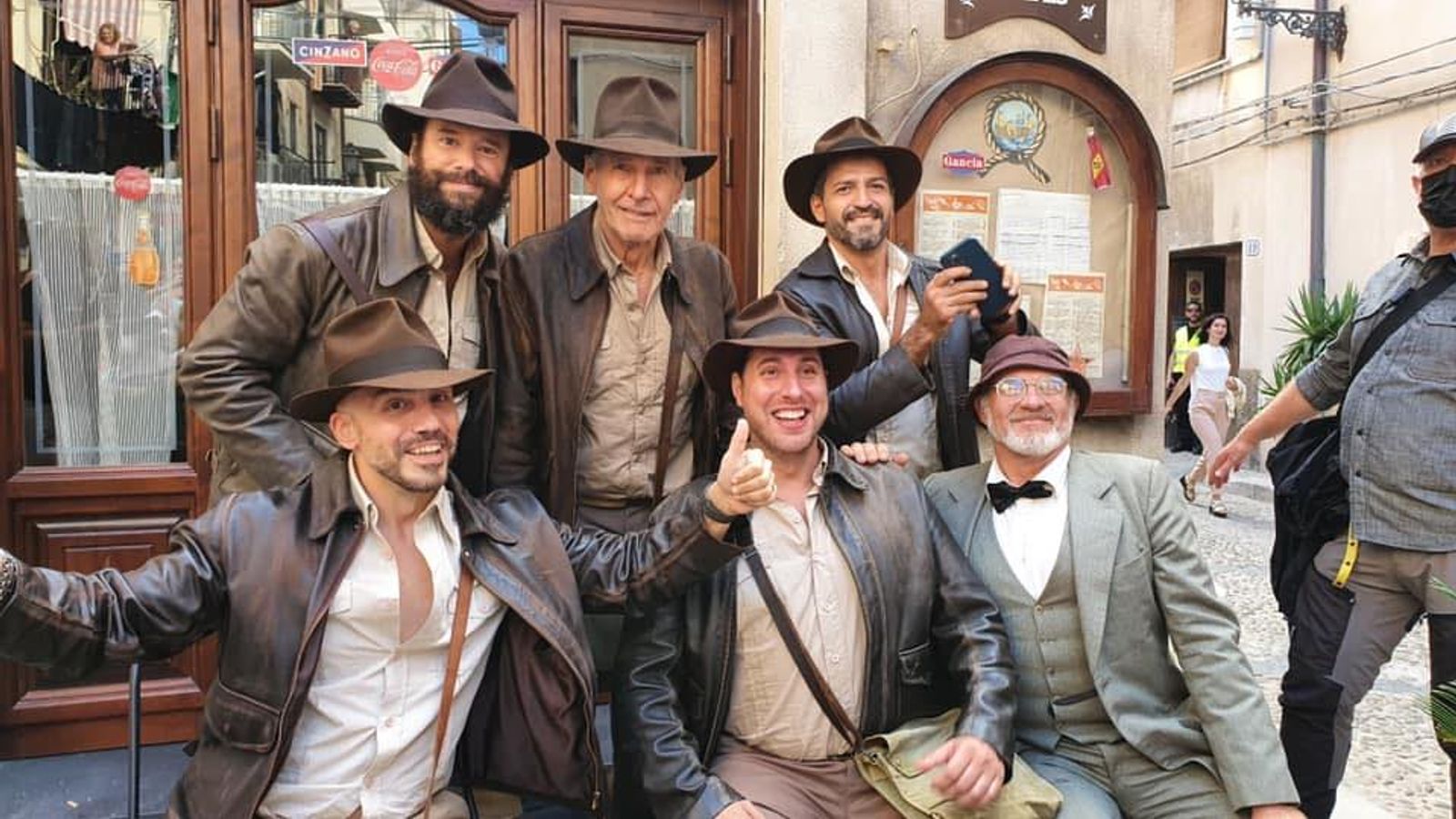 Harrison Ford has resumed filming the fifth Indiana Jones movie – and posed for pictures with a group of fans who were all wearing the costume of his iconic character.

The 79-year-old actor was filming in Sicily when he came across the impersonators before standing among them for pictures wearing Indiana’s famous brown leather jacket, hat and shirt.

Four of the fans were dressed as the legendary explorer, while one appeared as Indiana’s father, played by the late Scottish actor Sean Connery in the third Indy film, The Last Crusade.

Ford recently returned to the movie’s set after injuring his shoulder while rehearsing a fight scene at Pinewood Studios in Buckinghamshire in June.

It is not the first time he has been seen enjoying breaks in filming with fans – he cheekily told an eight-year-old boy he was the stunt double when he was spotted emerging from a tunnel in the village of Grosmont in North Yorkshire during filming earlier in the summer.

The film’s schedule also took in other locations across the UK, including in London’s Hatton Garden, before it reached its current position on the Italian southern island.

But although some location work continued, Ford’s injury – which required surgery – led to a delay of around three months while the American star recovered.

His return to filming has thrilled fans who have been trying to catch a glimpse of Ford in his Indiana Jones outfit during the movie’s rolling schedule.

It was not clear what was said between Ford and the fans as he posed for the pictures in Sicily – but the lookalikes were congratulated by followers on Twitter for capturing such a memorable moment with the legendary actor.

Image: Ford took a break in filming to pose with the group of Indy fans. Pic: Pasquale Marsella

He returned to the franchise as the explorer in 2008 for The Kingdom Of The Crystal Skull.

The plot of the fifth Indiana film, which also stars Phoebe Waller-Bridge and Mads Mikkelsen, is being closely guarded by producers with a release date initially scheduled for the summer of 2022.