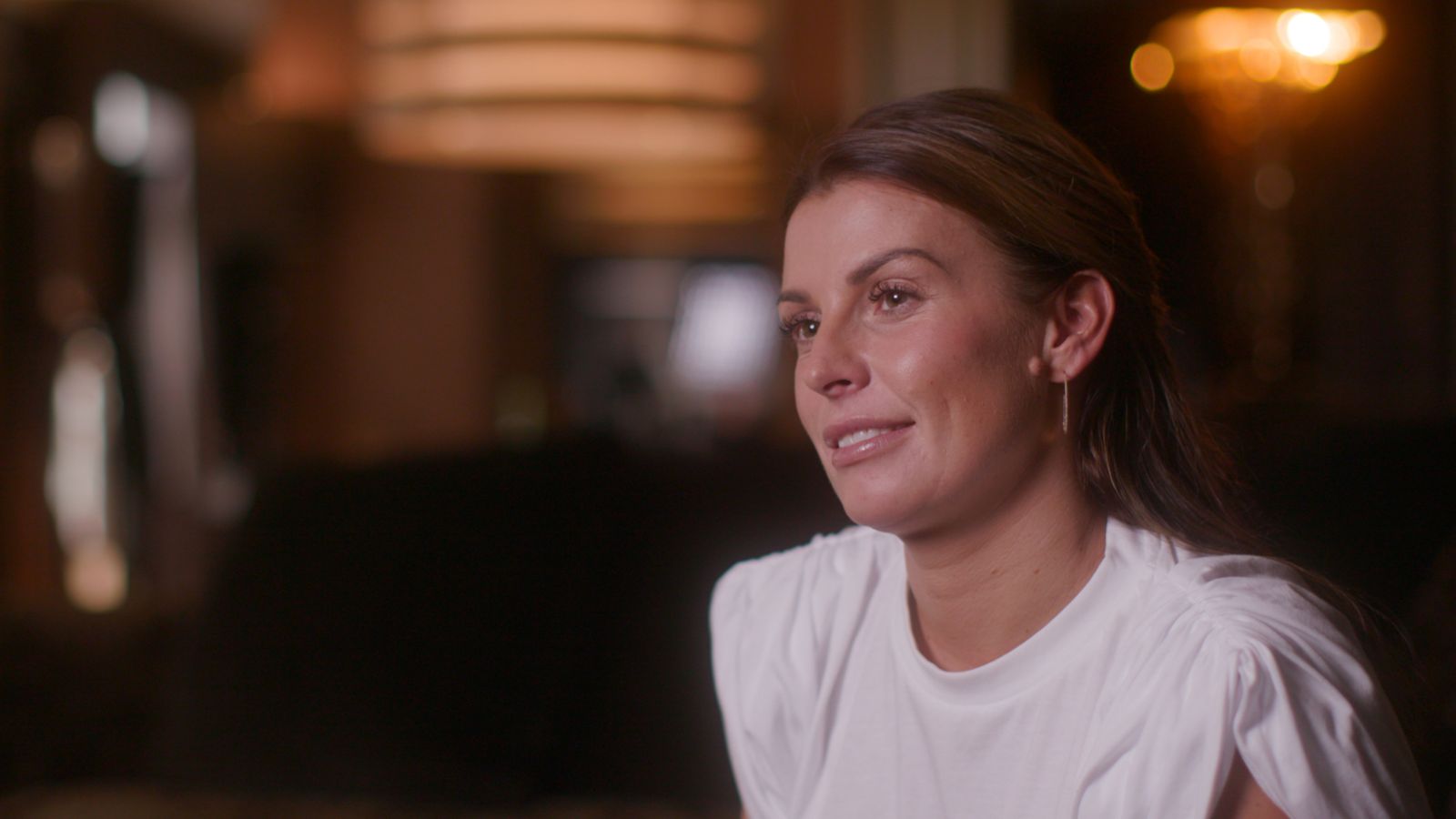 Coleen Rooney has appeared in the first trailer for a documentary about her husband Wayne Rooney’s life, where she says “I forgive him, but it wasn’t acceptable”.

The 35-year-old and the former England captain, also 35, were childhood sweethearts and got married in 2008, at the age of 22.

The couple have four sons – Kai, Cass, Klay and Kit, and Coleen has enjoyed success as a businesswoman and author.

Image: Coleen and Wayne pictured in 2016

However, their relationship has not been without problems and they have in the past appealed for privacy following allegations about Wayne’s private life.

In 2004, the former Manchester United star responded to tabloid claims that he had been to a brothel in his home city of Liverpool, by admitting he had visited massage parlours and had sex with prostitutes.

In the trailer for the upcoming film, titled Rooney, Coleen says: “I knew groups Wayne was hanging around with – together with alcohol – not good.”

She later says: “I forgive him, but it wasn’t acceptable.”

Other clips from the Amazon Prime Video project shows Wayne Rooney with his family and also features interviews with famous names from the football world including Gary Nevile and Thierry Henry.

Image: Coleen Rooney appears in the trailer for the new documentary

The Derby County manager says in the trailer: “People still look at me in a different way. For me, it’s important that people remember me for who I am, rather than what I’ve done.”

Former England star David Beckham is also featured and describes Rooney as “without doubt one of the best players that this country has ever had”.

Rooney will launch worldwide exclusively on Prime Video in early 2022.

Wildlife Photographer Of The Year: The best animal and nature images of 2021 revealed as competition winner is announced