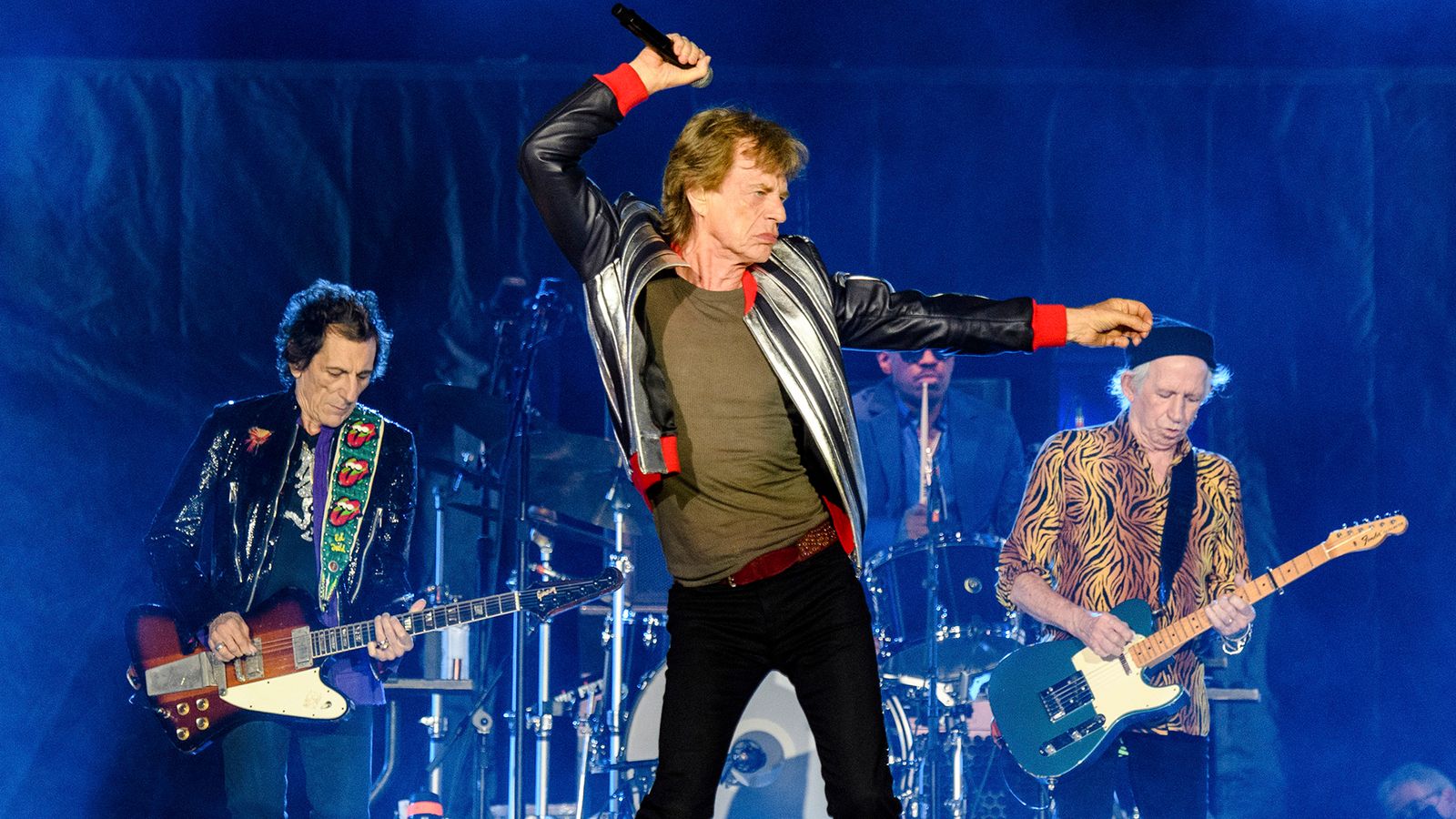 The Rolling Stones have said they dropped one of their biggest hits from setlists following controversy over its lyrics about slavery.

Fans will no longer be able to hear Brown Sugar, the group’s 1971 number one hit, which is widely considered to have one of the best guitar riffs in history, at the band’s gigs.

The lyrics are said to explore “the horrors of slavery”, as well as sexual assault and drug use.

Image: The Stones have kicked off their latest tour in the US. Pic: AP

When asked why the track had been removed from the setlist, guitarist Keith Richards told the LA Times: “You picked up on that huh?

“I don’t know. I’m trying to figure out with the sisters quite where the beef is. Didn’t they understand this was a song about the horrors of slavery? But they’re trying to bury it.

More on The Rolling Stones

“So sometimes you think, ‘we’ll take that one out for now and see how it goes’.

Addressing criticism of the track, Richards said: “At the moment I don’t want to get into conflicts with all of this s***… but I’m hoping that we’ll be able to resurrect the babe in her glory somewhere along the track.”

Critics have said the track contains “some of the most stunningly crude and offensive lyrics that have ever been written” and that it is “gross, sexist, and stunningly offensive toward black women”.

As far back as 1995, Jagger told Rolling Stone Magazine interview: “I never would write that song now… I would probably censor myself. I’d think, ‘oh God, I can’t. I’ve got to stop. I can’t just write raw like that’.”

Brown Sugar is the band’s second most played song on tour, behind Jumpin’ Jack Flash, according to setlist.fm, with the group’s latest tour kicking off in the US.

The tour marks the first set of gigs for the veteran rockers in two years, with live shows getting under way in the US following the pandemic.

It is also the group’s first live shows since the death of drummer Charlie Watts in August.