Claudia Webbe: MP found guilty of harassing partner’s friend after threatening to throw acid at her 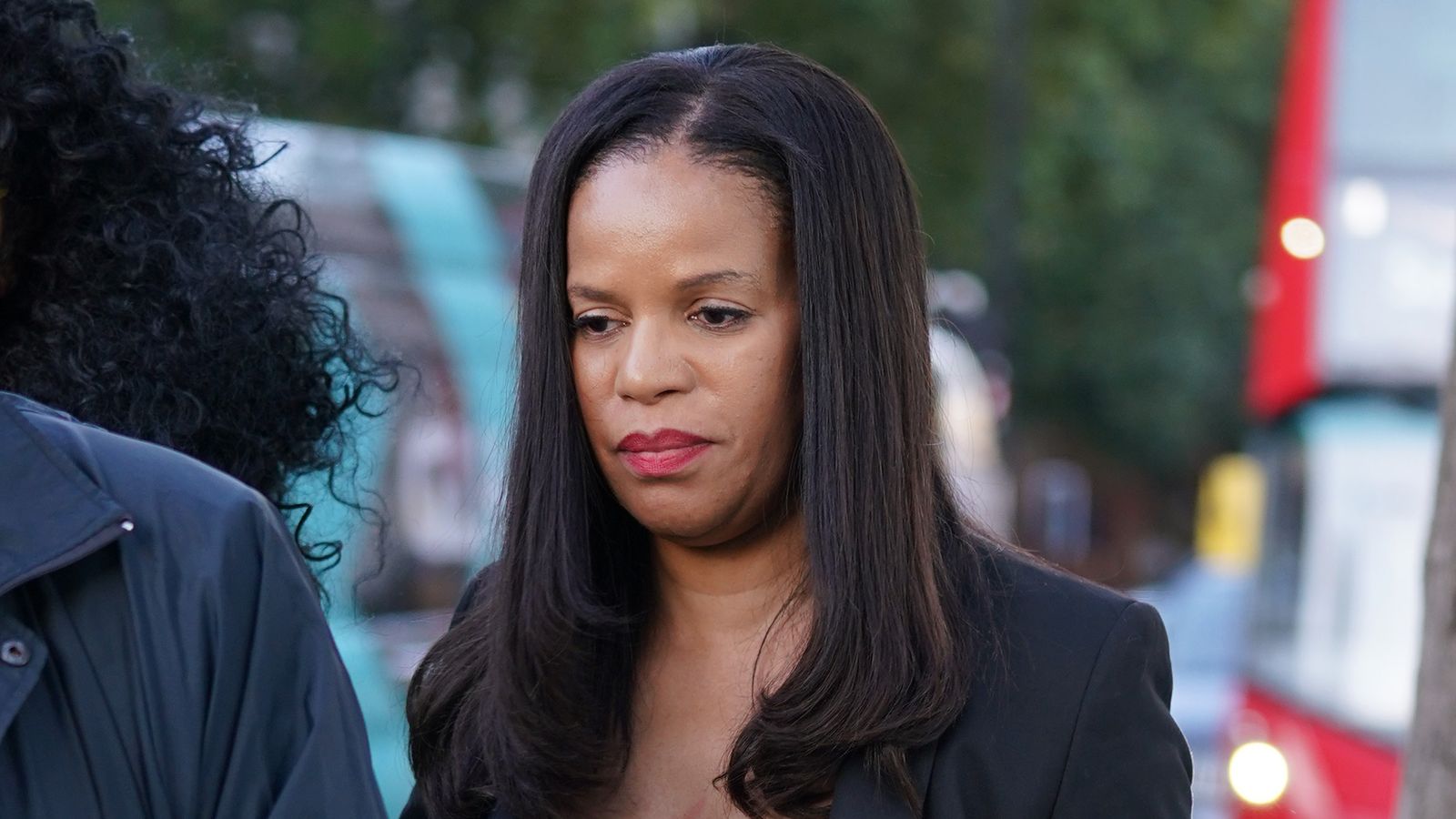 An MP who threatened to throw acid at her partner’s female friend and send naked photos of her to her family has been found guilty of harassment.

Claudia Webbe, 56, also made threatening phone calls to Michelle Merritt because she claimed “we were in a national crisis and lockdown had to be adhered to strictly”.

The MP was accused of threatening to send naked pictures of the 59-year-old to her family because she was jealous of Ms Merritt’s friendship with her partner Lester Thomas – who Webbe remains in a relationship with.

Image: Webbe remains in a relationship with Lester Thomas

The independent Leicester East MP, who was suspended by the Labour Party, is alleged to have made a string of short silent phone calls to Ms Merritt, called her a “slag” and threatened her with acid between 1 September 2018 and 26 April last year.

Webbe denied one count of harassment and said she called Ms Merritt as a “courtesy” because she was unhappy the 59-year-old had been breaching lockdown rules with Mr Thomas.

Some of the phone calls had their number withheld but some did not as Webbe had dialled “121” before Ms Merritt’s number instead of “141”, which withholds the caller’s number.

Chief Magistrate Paul Goldspring said he believes some of the things Webbe said in court were “made up in the spare of the moment”.

“Her explanation was frankly incredible and I do not believe it,” he added.

He also asked for a pre-sentencing report before he determined her sentence because he said threatening to throw acid and send intimate pictures to someone’s family “crosses the custody” threshold. He said he is considering a custodial sentence.

Webbe said she was “deeply shocked” by the verdict, insisted she is innocent and the recording of the call during lockdown had “been taken out of context”.

She said she will appeal the verdict and will continue to represent her constituents in Leicester East.

The MP was cross-examined about a number of phone calls, including a seven-second call in March 2020 in which Ms Webbe says she told Ms Merritt: “Michelle can you please not break lockdown with Lester.”

Ms Webbe told the court: “She was committing a crime. I was pointing this out, I am the victim.”

She said as an MP she felt her “household should not be breaking lockdown”.

When asked why she did not report Ms Merritt and Mr Thomas to the police, Ms Webbe said she “gave up because they continued to meet up long after April”.

Image: Claudia Webbe said she will appeal against the ruling

The court heard during one phone call, Mr Thomas could be heard asking the MP: “Are you mad?”

Prosecutor Susannah Stevens suggested the comment was made “because you had gone mad” but Webbe said: “I’m not mad, I’m a member of parliament.”

Westminster Magistrates Court heard statements on Webbe’s character from former Labour leader Jeremy Corbyn, who described the MP as a “person of good character who makes a positive contribution”.

Prosecutor Susannah Stevens said Webbe has been harassing Ms Merrit “for a long period of time”, and there had been no mention of COVID-19 in a recorded phone call during which Webbe told Ms Merritt to “get out of my relationship”.

The MP entered the Commons in December 2019, winning the seat formerly held by Keith Vaz, the married Labour veteran who decided not to stand for re-election after being suspended from parliament for “expressing willingness to buy cocaine for male prostitutes”.

Webbe was a political adviser to then-London mayor Ken Livingstone, worked as a councillor in Islington between 2010 and 2018, and was a member of Labour’s ruling National Executive Committee.

A sentencing date will be set in due course.