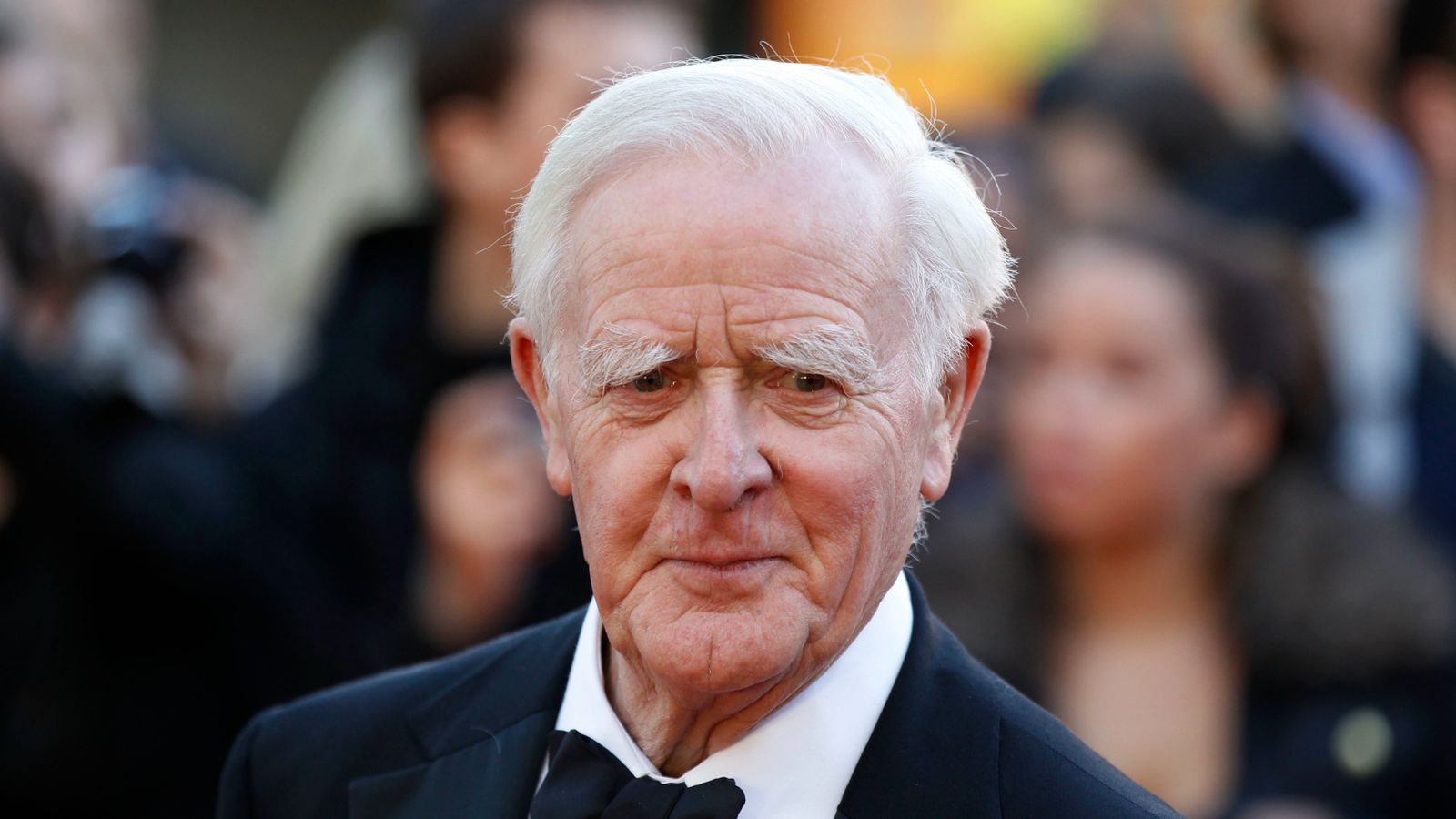 Acclaimed spy novelist John le Carré’s decision to posthumously publish his new novel Silverview is “a mystery” in itself, according to the author’s literary agent Jonny Geller.

Mr Geller, who worked with le Carré for just under 15 years, says the book was finished in September 2014: “He said to me ‘ok it’s ready’ … I was waiting at my house for the book but nobody delivered a box, instead I got a letter that said ‘I’ve decided this isn’t the time but if you wish to publish this after my death with the permission of my sons, please have my blessing’.”

Le Carré – who went on to publish three further books before his death in December 2020 – wouldn’t reveal to his agent why he would only release Silverview posthumously.

Image: Mr Geller says the book was finished in September 2014

“It’s a mystery to me,” Mr Geller admits. “He said ‘Look, I don’t want you to read it because I’m worried that you’ll like it and try and persuade me and, at the moment, I don’t feel I want this book out there’.”

Mr Geller says neither he nor le Carré’s family fully understand the author’s reasons for doing so.

After the author’s death, Mary Mount, his editor of the past decade, worked alongside le Carré’s youngest son, novelist Nick Cornwell, to get Silverview ready for publishing.

“It was in a very polished shape when it arrived … we were very respectful and we were both channelling le Carré’s very strong voice throughout.”

Le Carré’s novel is being released on what the industry calls “Super Thursday”, when hundreds of books are released aimed at the Christmas market.

Image: Le Carré’s posthumous novel Silverview is being released on what the industry calls ‘Super Thursday’

Trade magazine The Bookseller has suggested this year’s event will be the lightest in years as a result of the coronavirus pandemic, with fewer titles than normal released.

Image: Mary Mount says the book was very polished when it arrived

Le Carré’s posthumous novel is likely to top the bestseller charts for weeks to come. A prolific writer whose work was translated into 47 different languages, the sustained popularity of his body of work speaks for itself.

But the current popularity of spy novels as a genre is a sign of the times, according to Professor Penny Fielding from Edinburgh University.

“In a world where there aren’t any truths, spy novels perhaps mirror that more, they give us a sense that knowledge is contingent and provisional rather than absolute,” she says.

Famed character George Smiley was a man from a very British institution but le Carré’s writing inspired many around the world.

Lauren Wilkinson, author of American Spy, says: “Yeah it can be a very white, very male, straight genre but I feel that a writer like le Carré sort of made me see this genre and think ‘well maybe I can add my voice as well’.”

How does it all end?

Well, while this is being touted as le Carre’s “last complete masterwork”, read between the lines and the implication is, amongst the extensive archive he left behind there might still be a book or two that may still come in from the cold.

Adele: Fans react to Easy On Me