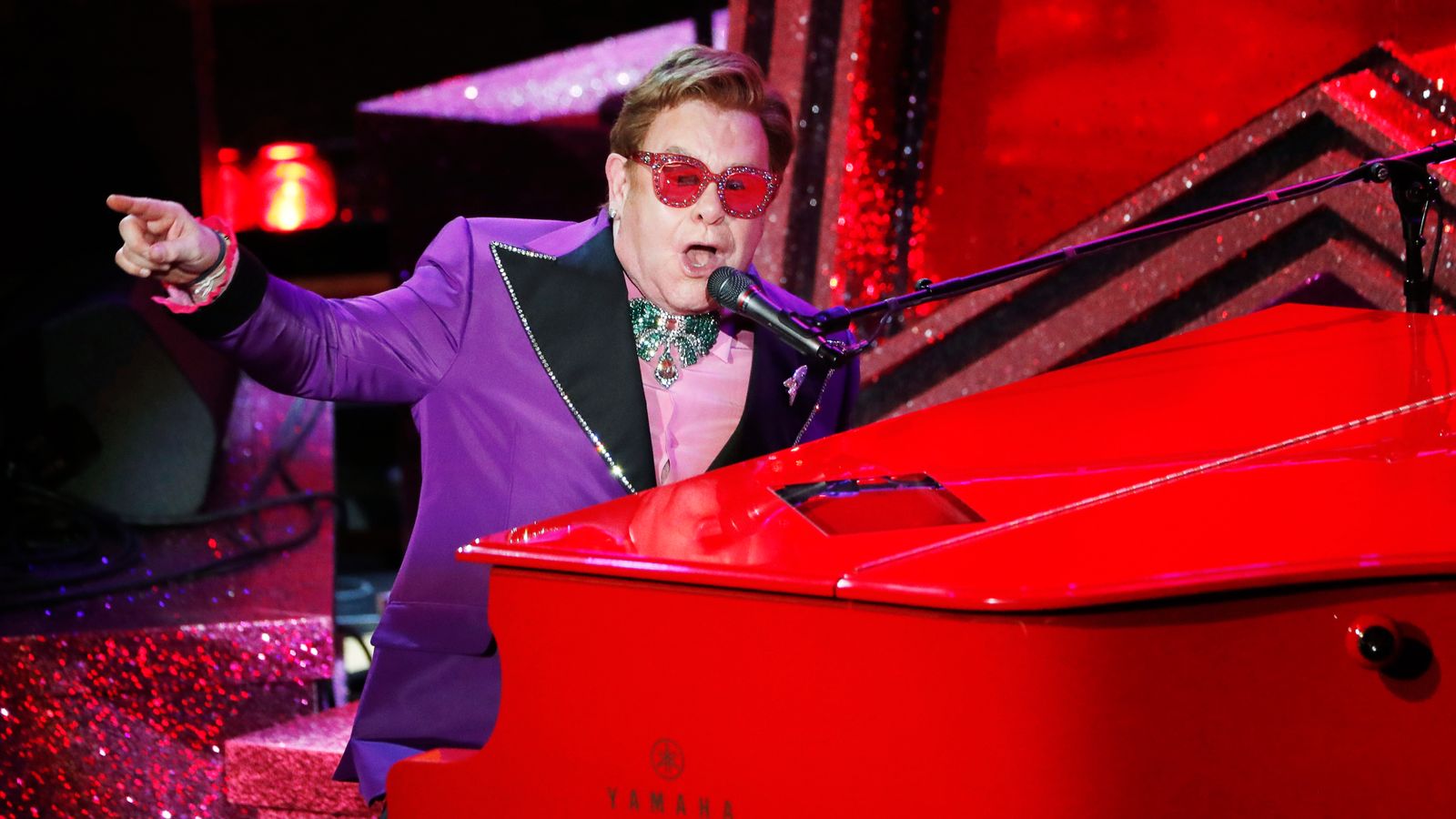 Sir Elton John has become the first act to secure a top 10 single in the UK charts across six different decades.

The single, released on 13 August, looks set to topple Ed Sheeran’s Shivers at the top of the UK singles chart as it currently sits at number two.

Image: The singer has had to reschedule his Farewell Yellow Brick Road tour for 2023 due to a hip injury

Sir Elton has achieved 33 top 10 singles across his career, making his debut on the chart in 1971 with Your Song, which reached number seven and later re-entered in fourth place in 2002.

The 1970s were his most successful period, landing 10 singles in the top 10 including Rocket Man, Don’t Go Breaking My Heart, and Are You Ready for Love.

He has also secured seven number-one singles, the most successful being 1997’s Candle In The Wind 97/Something About The Way You Look Tonight, which is the UK’s best-selling single of all time with 4.94 million pure sales.

The singer releases his latest album on 22 October, titled The Lockdown Sessions, which is a collection of collaborations featuring Lil Nas X, Stevie Wonder, Nicki Minaj, Stevie Nicks and others.

He was due to embark on dates around Europe and the UK later this year as part of his Farewell Yellow Brick Road tour, but was forced to reschedule them to 2023 due to a hip injury.

He explained that at the end of summer he fell on a hard surface and has experienced pain and discomfort in his hip ever since, leading to difficulties moving despite physio and treatment.

Sir Elton will start gigging again in January 2022 in New Orleans and will continue to play until the following summer.