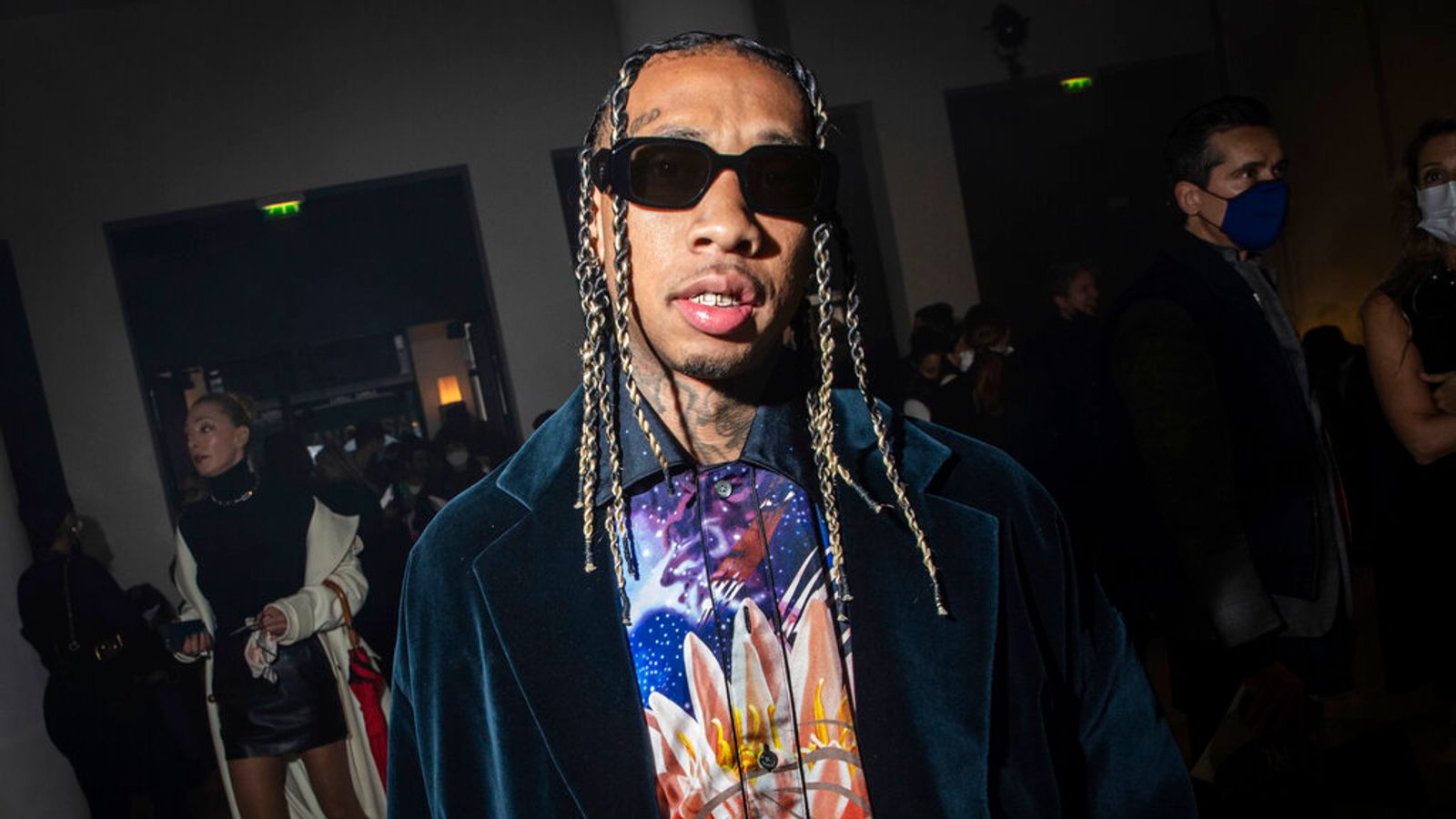 Rapper Tyga has been arrested on domestic violence charges, after his ex-partner posted pictures of her black eye online.

The Juicy rapper was said to have handed himself in at a Los Angeles police station, after allegations from former partner Camaryn Swanson that she had been “emotionally, mentally and physically abused” by him.

Image: Rapper Tyga has been arrested on a domestic abuse charge. Pic: AP

Reporting from TMZ suggests the alleged violence took place in the early hours of Monday, while Swanson was visiting Tyga’s home.

Posting a photo of herself with a black eye on her Instagram stories, Swanson wrote: “I’ve been emotionally, mentally and physically abused and I’m not hiding it anymore.

“I’m so embarrassed and ashamed it had to get to this but I have to stand up for myself.”

Responding to speculation that she had shown up to Tyga’s house uninvited, she posted a screenshot seeming to show the rapper sending a car to pick her up, adding: “I didn’t show up ‘screaming’ or uninvited. When I tried to leave he physically assaulted [me] and refused to let me leave for hours.”

The rapper is yet to publicly respond to the allegations, and Sky News has reached out to his representatives for comment.