Banksy: New auction record for artist as shredded canvas Love Is In The Bin sells for £18.5m at Sotheby’s 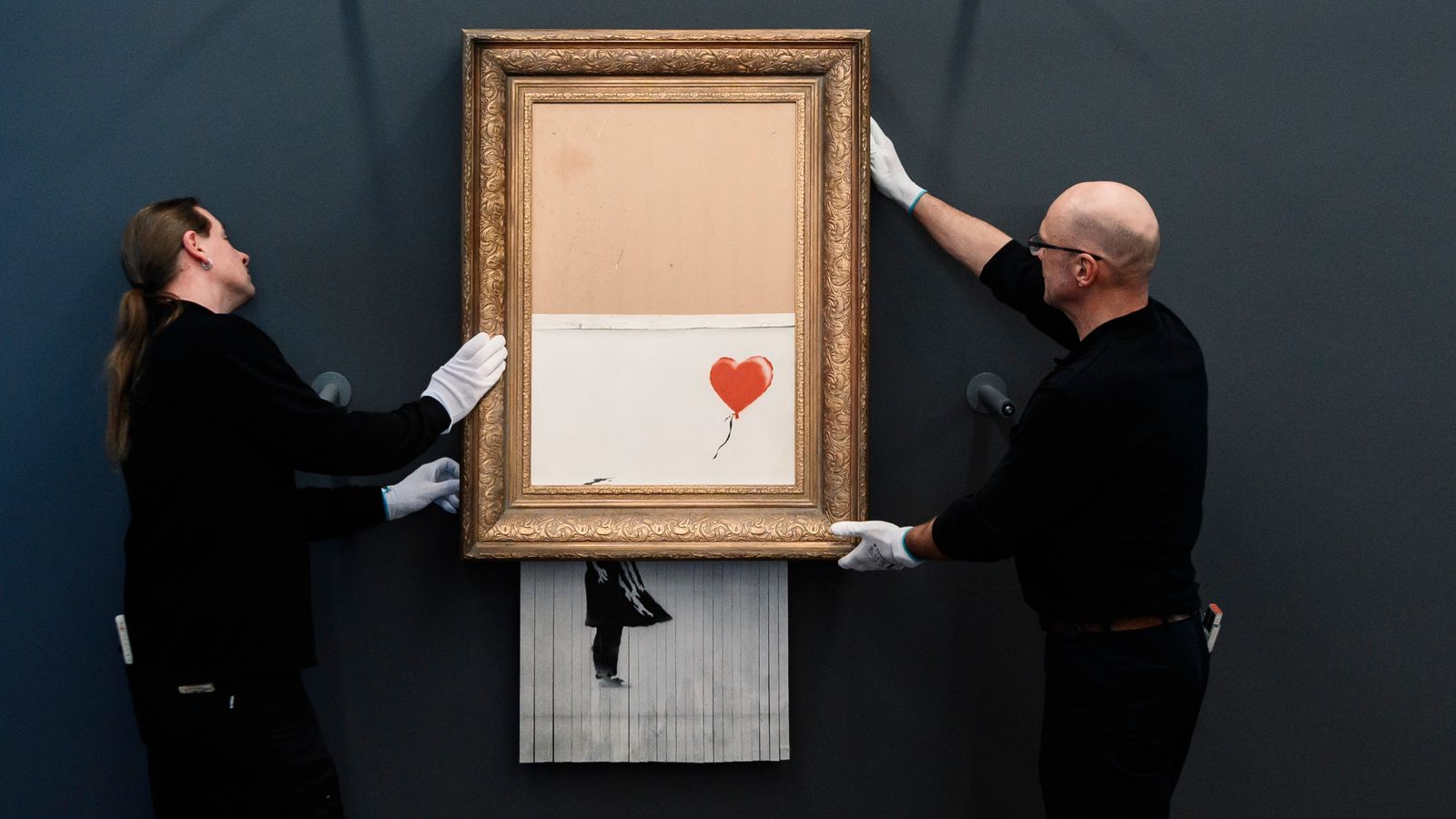 Banksy’s Love Is In The Bin – the artwork that shredded itself after being sold in 2018 – has gone for £18.5m, a record for the artist at auction.

Sotheby’s said the “decommissioned, remote controlled shredding mechanism” was still in the frame.

The piece was originally titled Girl With Red Balloon when it sold for just over a million in October 2018, again at Sotheby’s.

It “self destructed” remotely moments after selling and the incident has become one of the artist’s most famous stunts.

A video posted by Banksy shortly afterwards showed a button being pressed to set off the destruction.

But the artist suggested it didn’t quite go to plan, showing that in practice runs the whole painting was shredded.

Going, going, gone… How Banksy did it

The buyer in the 2018 auction – described by the auction house at the time as a “long-standing female client” – decided she still wanted to buy the painting and held on to the piece.

It means she has made a very healthy profit of about £15m.

Image: Banksy showed in a video how the shredder was hidden in the artwork

The image of a girl reaching for a heart-shaped balloon is one of Banksy’s most reproduced and well-known images.

Thursday’s sale beat the previous high for a Banksy – the £16.8m raised for health charities in March 2021 when Sotheby’s sold a picture of a boy playing with a nurse superhero figure.

Before that, Devolved Parliament, a piece depicting the House of Commons populated by chimpanzees, sold for £9.8m in 2019.