Sir David Amess: What we know so far about killing of Conservative MP 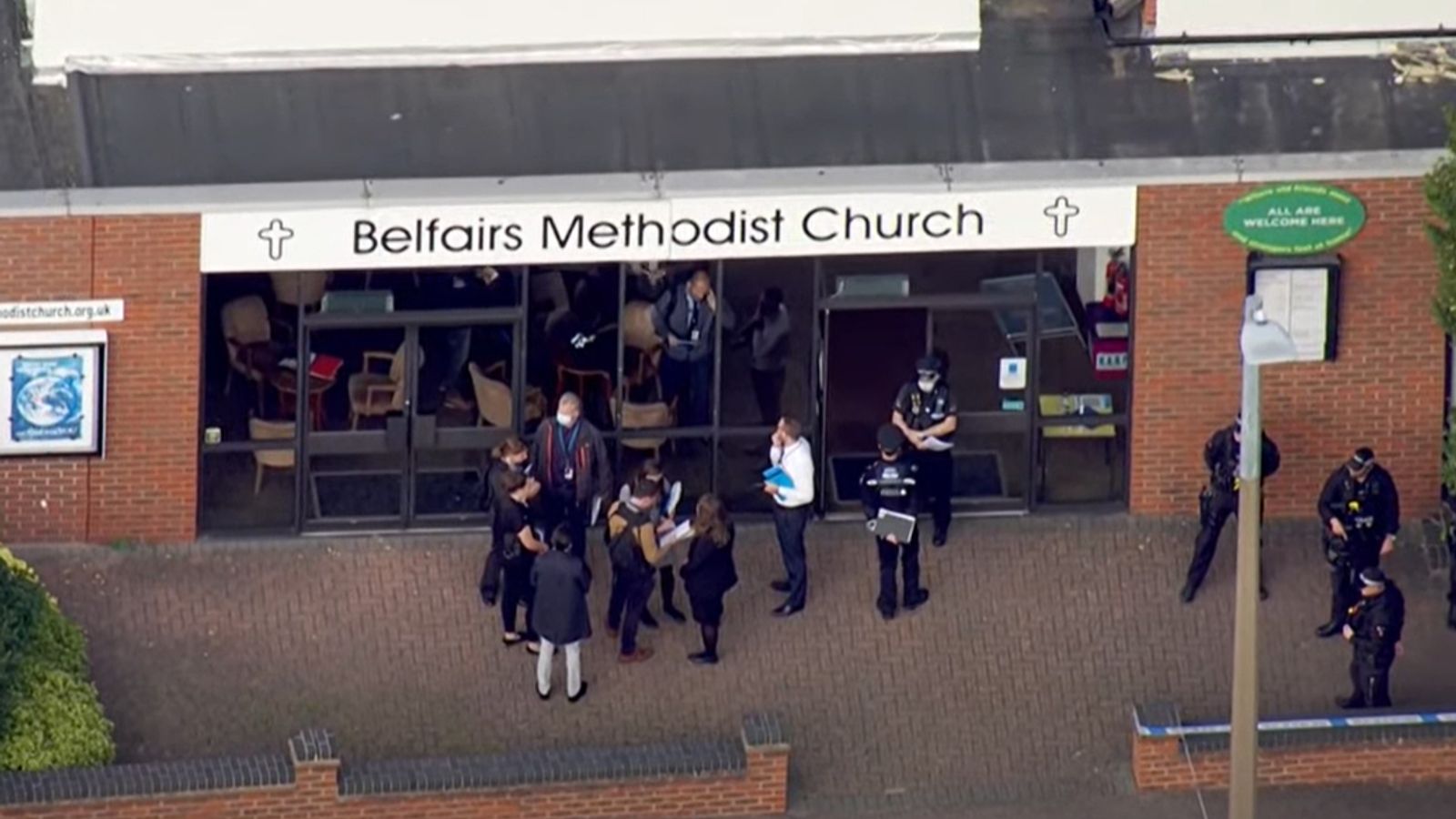 Conservative MP Sir David Amess has died after he was stabbed multiple times at his constituency office, Essex Police have said.

A 25-year-old man has been arrested and a knife recovered, the force said.

Here is a look at what we know so far.

Sir David, who represented Southend West in Essex, was holding a constituency surgery at Belfairs Methodist Church in Leighton-on-Sea when he was attacked on Friday.

Officers were called to reports of a stabbing in Eastwood Road North shortly after 12.05pm.

“We were called to reports of a stabbing in Eastwood Road North, #LeighonSea shortly after 12.05pm today,” the force said in a tweet posted at 1.50pm.

“Officers were on scene shortly after, arrested a man and recovered a knife. He is currently in custody.

“We are not looking for anyone else in connection with the incident and do not believe there is an ongoing threat to the wider public.

“We want to thank the public who alerted us to the incident so quickly.”

Image: Emergency services at the scene of the attack

Aerial footage showed multiple police officers outside the church and an air ambulance near the scene.

At around 2.40pm, Essex Police confirmed Sir David had died at the scene.

The force said it had arrested a 25-year-old man on suspicion of murder.

“We attended and found a man injured,” the force said in a statement. “He was treated by emergency services but, sadly, died at the scene.

“A 25 year-old man was quickly arrested after officers arrived at the scene on suspicion of murder and a knife was recovered. He is currently in custody.

“We are not looking for anyone else in connection with this incident.”

The investigation into the stabbing will be led by counter-terrorism officers, Essex Police chief constable Ben-Julian Harrington said.

Image: Air ambulance at the scene

Sir David had posted the location and date of his constituency surgery on Twitter on Tuesday.

Tributes to Sir David have described him as “a true gent” and “a common sense politician”.

Billy Hood: Man sentenced to 25 years in Dubai over cannabis oil ‘hoping and praying’ for release