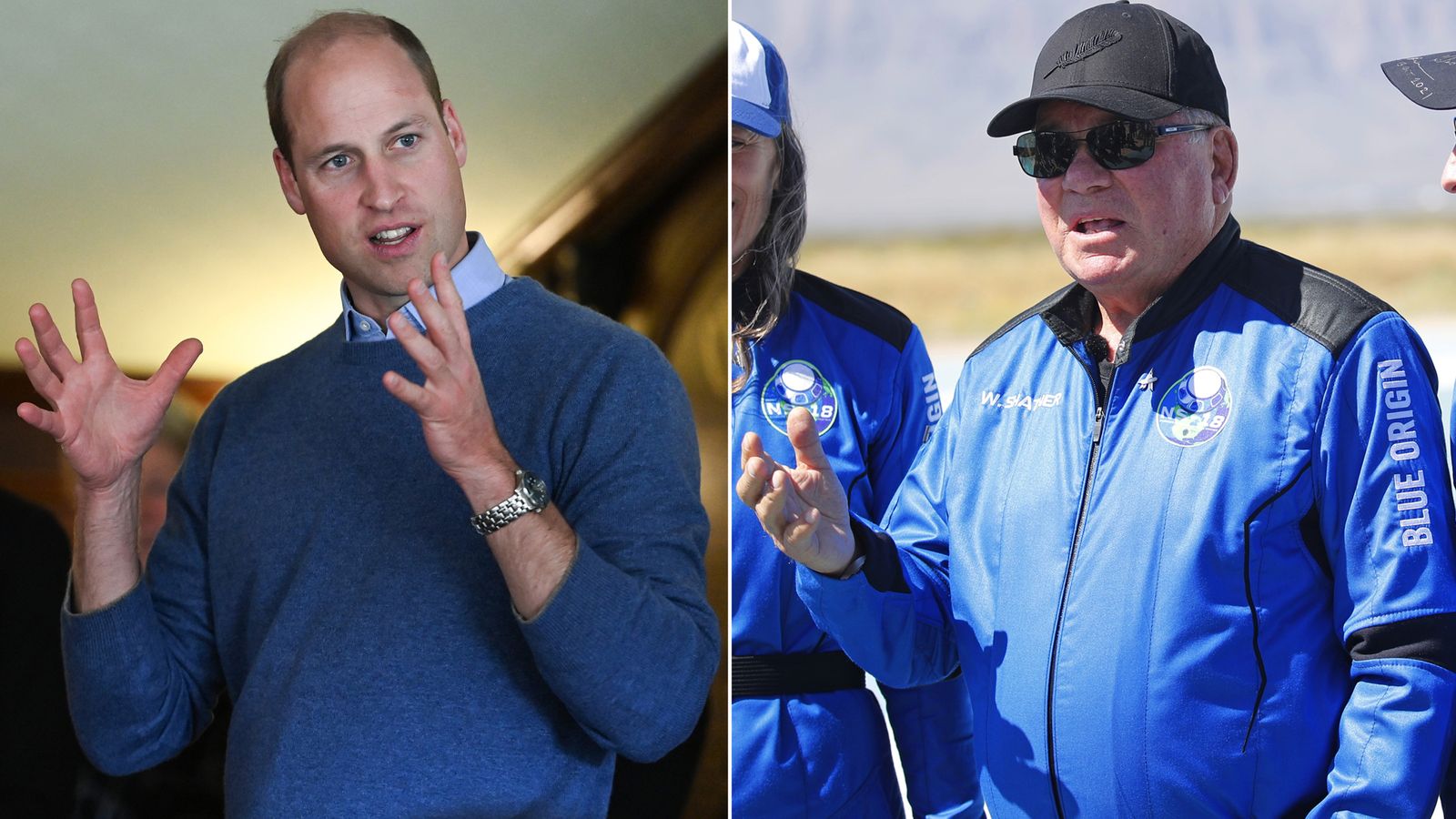 William Shatner has hit back at criticism from Prince William saying the heir to the throne is “missing the point” about space travel.

The 90-year-old became the oldest man to reach space after he blasted off from Texas on a Blue Origin rocket, from the space company owned by Amazon founder Jeff Bezos.

He called the ten minutes he spent on his suborbital flight “the most profound experience”.

However, in an interview ahead of his inaugural Earthshot Prize, the Duke of Cambridge told the BBC: “We need some of the world’s greatest brains and minds fixed on trying to repair this planet, not trying to find the next place to go and live.”

Shatner, who played Captain Kirk in the original Star Trek series, responded to the comments, telling Entertainment Tonight: “The prince is missing the point.

“The point is these are the baby steps to show people [that] it’s very practical. You can send somebody like me up into space.”

He added: “He’s a lovely Englishman. He’s going to be King of England one day.

“He’s a lovely, gentle, educated man, but he’s got the wrong idea.”

He said the flight was the first step to get “polluting industries” off of Earth.

“We’ve got all the technology, the rockets, to send the things up there…

Shatner: ‘The most profound experience’

“You can build a base 250, 280 miles above the Earth and send that power down here, and they catch it, and they then use it, and it’s there,” he continued.

The flight, he added, also had a deeply personal outcome.

“Everybody in their lifetime needs to be reminded, you are important, you are beautiful, do something important today and that’s what that trip did to me,” he said.

The 18-metre New Shepard rocket sent four astronauts just above the internationally-recognised boundary of space known as the Karman Line, reaching about 66 miles (106km) above Earth.

The reusable rocket detached from the capsule carrying the astronauts and fired its engines to land itself upright back on the launch pad.

Adele on her latest track, trying to plan her world tour and her son’s reaction to her global stardom