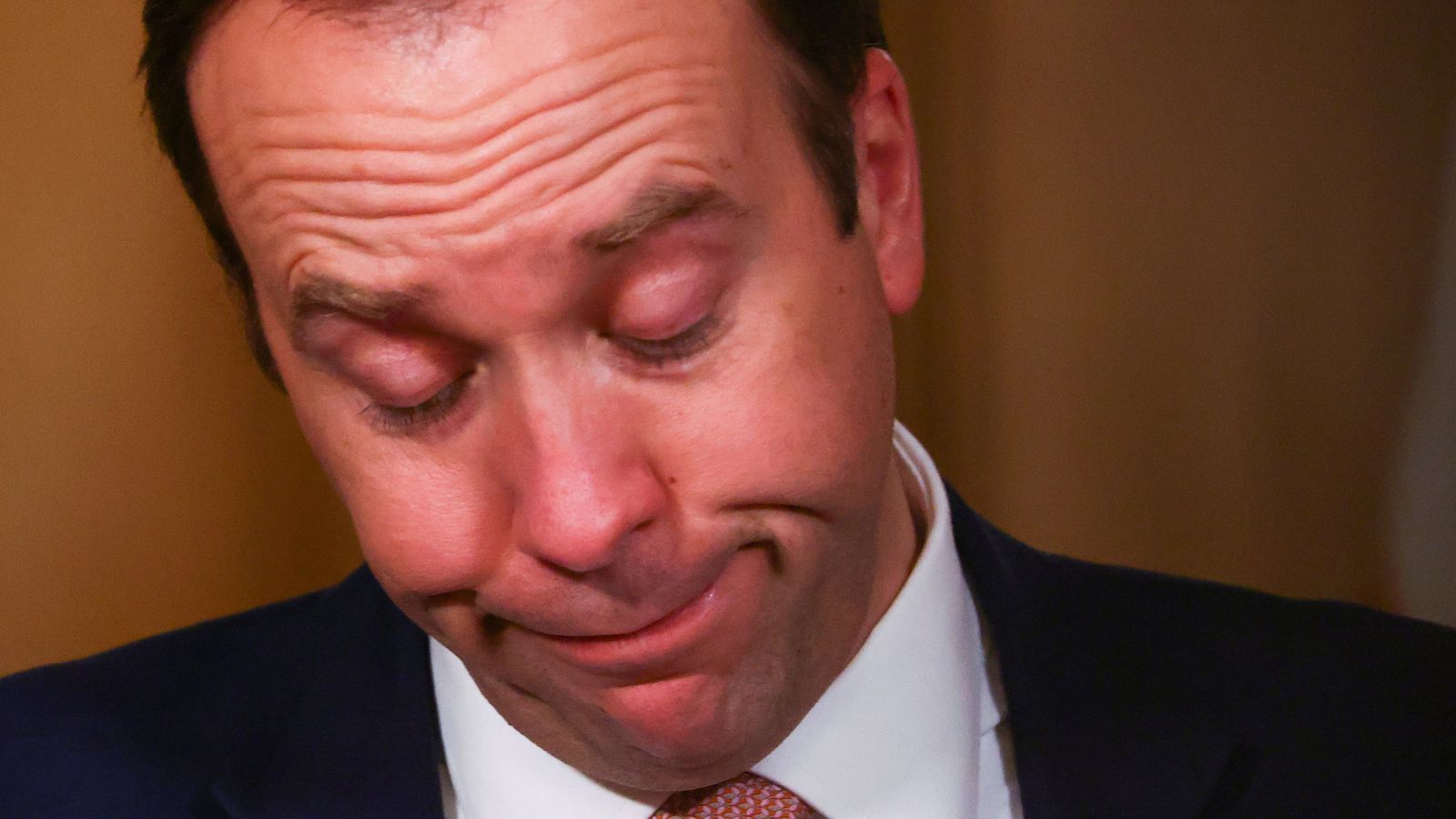 Matt Hancock’s new job offer from the United Nations helping African economies recover from the coronavirus pandemic has been withdrawn.

Just four days ago, the former health secretary announced on social media his new role as a United Nations special representative, saying he was “honoured” to have been appointed to the position.

But Mr Hancock, who resigned from his cabinet post in June for breaking social distancing guidelines by kissing his aide, will no longer be taking up the role.

He said in a statement: “I was honoured to be approached by the UN and appointed as special representative to the Economic Commission for Africa, to help drive forward an agenda of strengthening markets and bringing investment to Africa.

“The UN have written to me to explain that a technical UN rule has subsequently come to light which states that sitting Members of Parliament cannot also be UN special representatives. Since I am committed to continuing to serve as MP for West Suffolk, this means I cannot take up the position.

“I look forward to supporting the UN ECA in their mission in whatever way I can in my Parliamentary role.”

On Tuesday, he posted a copy of the letter from UN Under-Secretary General Vera Songwe offering him the unpaid role on Twitter.

In the letter, Ms Songwe praised Mr Hancock’s “success on the United Kingdom’s response to the COVID-19 pandemic and the acceleration of vaccines”.

Image: Mr Hancock received criticism on Tuesday for announcing his new role on the same day that a highly-critical report into the handling of the pandemic was published

But Mr Hancock received a backlash from many on social media after an extremely critical report from MPs into the handling of the coronavirus pandemic was published on the same day as his new job announcement.

The report said delays and mistakes by both ministers and their scientific advisers “rank as one of the most important public health failures the United Kingdom has ever experienced”.

Image: Mr Hancock wanted to stay on as MP for West Suffolk while taking up his new role with the UN

Responding to Mr Hancock’s new job announcement when it was revealed on Tuesday, Nick Dearden, director of Global Justice Now – part of the People’s Vaccine Alliance demanding global vaccine equity – said: “Matt Hancock helped to block international efforts to allow low and middle-income countries to produce their own COVID-19 vaccines, leading to millions of deaths in the global south.

“The audacity of this man claiming to help African nations and promote sustainable development is sickening.”

A statement from the COVID-19 Bereaved Families for Justice UK added it does not know how Mr Hancock “has the time to take up this new role given he seemingly hasn’t been able to pass emails from his personal Gmail account that relate to his handling of the pandemic to the Department of Health or government”.

Mr Hancock’s original tweet from Tuesday announcing his role has not been removed.