COVID-19: US to reopen borders to vaccinated passengers from UK and EU on 8 November 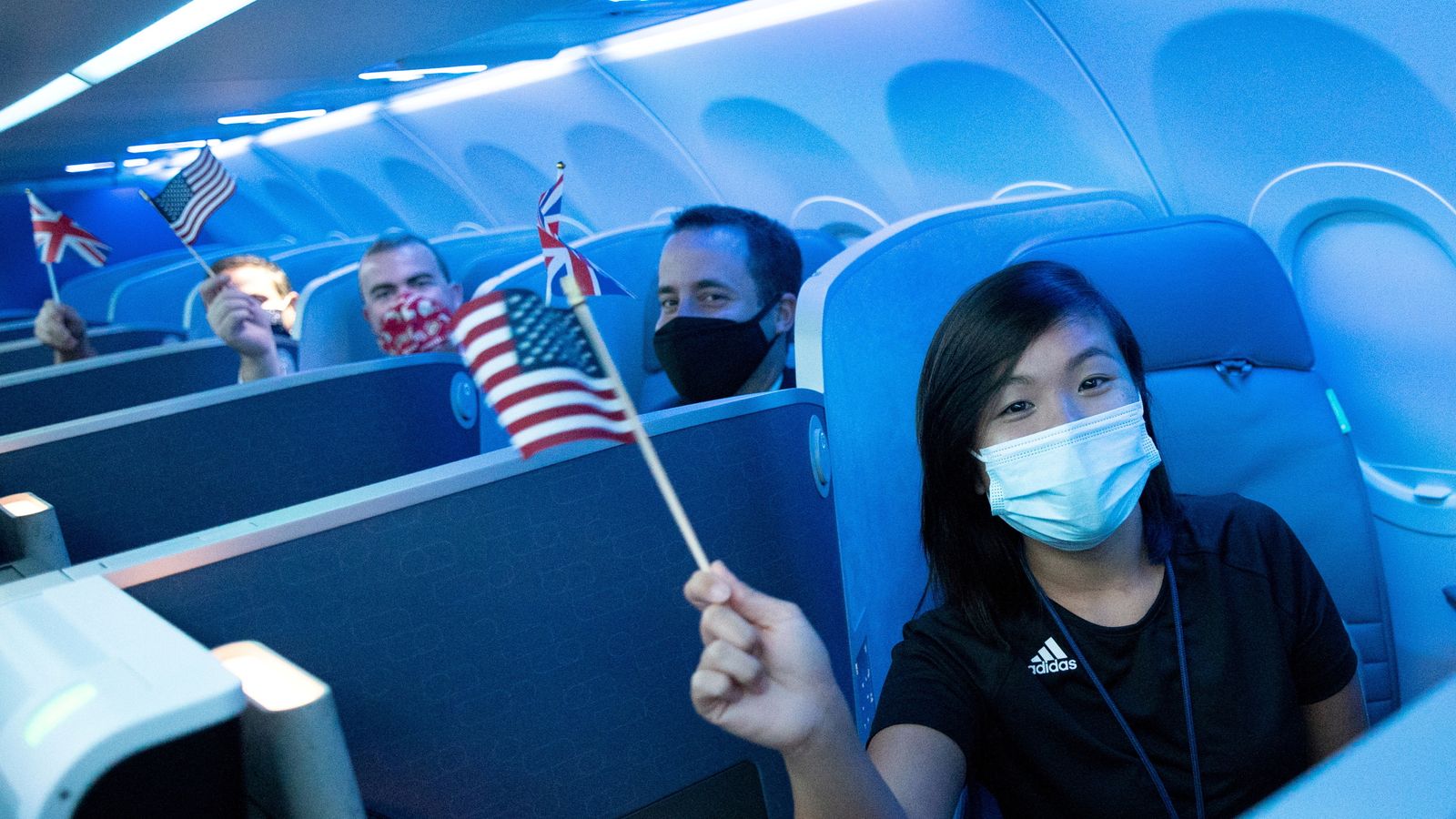 The United States will reopen its borders to travellers from the UK and European Union, lifting a ban that has been in place for more than 18 months.

Kevin Munoz, the White House’s deputy press secretary, announced that 8 November will mark the moment vaccinated travellers will once again be allowed to fly into the US.

“The US’ new travel policy that requires vaccination for foreign national travelers to the United States will begin on Nov 8,” he tweeted.

“This announcement and date applies to both international air travel and land travel. This policy is guided by public health, stringent, and consistent.”

The White House announced last month that it planned to lift the ban in “early November” but no date was given making it impossible for people to make any firm travel arrangements.

It is understood that the timing of that announcement had been rushed with much of the logistics and detail not in place.

It was feared that the removal of the ban would need to be delayed because of the numerous US government departments and agencies involved.

The ban had been put in place by the Trump administration through a presidential proclamation because of the pandemic.

The Biden administration renewed the ban, which has caused huge difficulties for businesses, the travel industry, and families with members living on both sides of the Atlantic.

Image: Vaccinated travellers will once again be allowed to fly into the US from 8 November

In order to travel, passengers must show proof of being fully vaccinated, they must have a negative COVID test taken in the three days prior to arrival and they must share their details for purposes of contact tracing.

However, the announcement does not mention the status of children who are unlikely to be vaccinated, making it hard for families wishing to travel to know whether they can safely make plans.

But Sky News understands that an exemption is expected to be made for children. Sources have said that there is not any sense that the US administration is trying to put barriers in place.

The announcement is also short on detail of which vaccines will be accepted as satisfactory proof of vaccination. The American drug regulators have not formally approved the Astra Zeneca vaccine which has been widely administered across the UK and EU.

It is expected that administration officials will make these details clear well before 8 November.

Assisted dying: Man travelling to Switzerland to end his life says terminally ill have been ‘failed’ by UK law