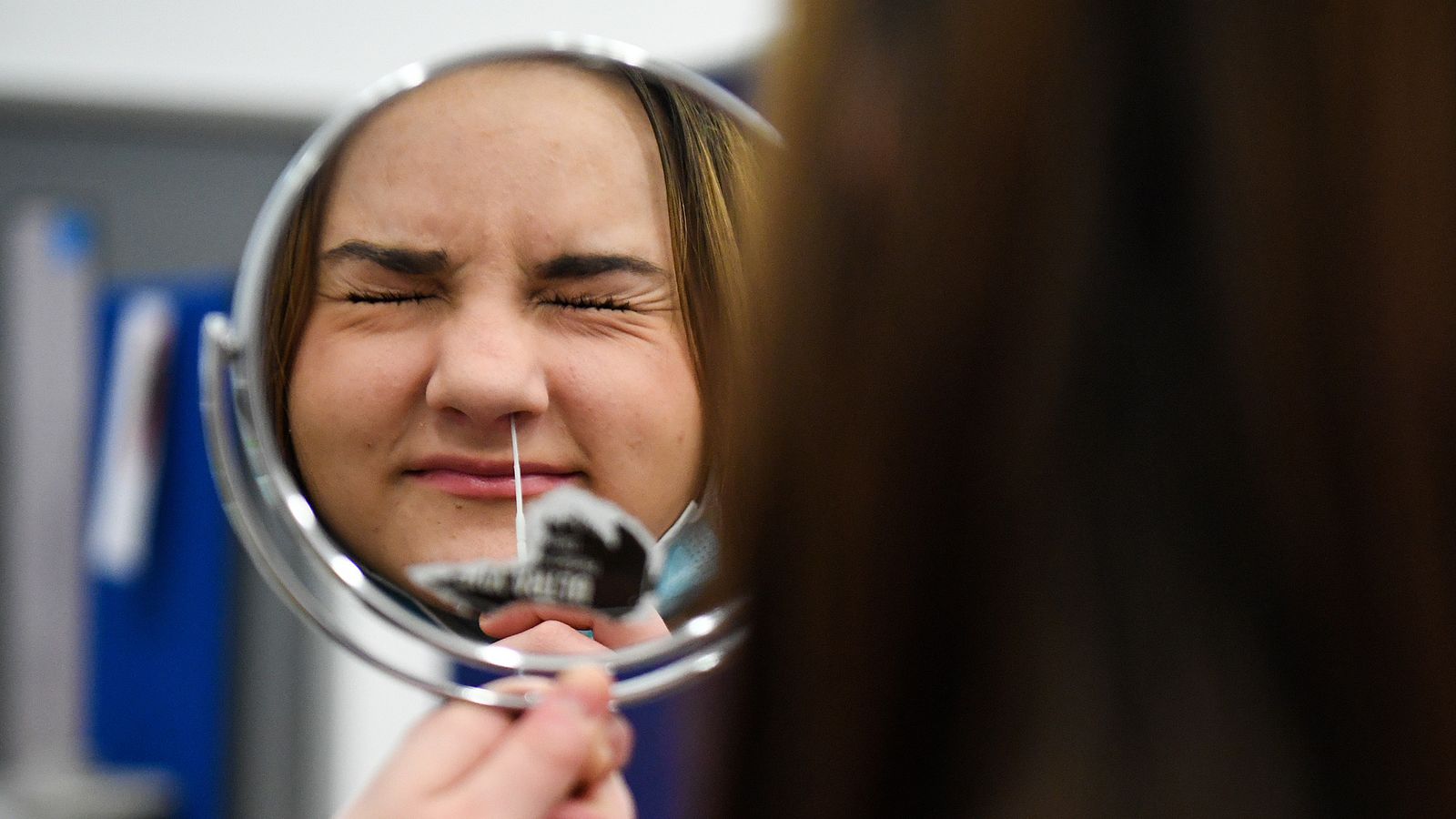 Coronavirus testing has become a part of everyday life for many in the UK in the continuing drive to tackle the pandemic and return to normality.

But it has now come under the spotlight after it emerged an estimated 43,000 people may have been given incorrect negative results.

And the government has announced fully vaccinated people arriving in England from non-red list countries can take the cheaper and quicker lateral flow test from 24 October rather than the PCR type.

So what are these tests?

There are two main kinds.

There is the PCR test mainly for people with symptoms, with samples usually sent to a lab to be checked.

Then there is the rapid lateral flow test for people who do not have symptoms, which give a quick result using a device similar to a pregnancy test.

Both tests are free.

Image: For PCR testing, samples normally have to be sent to a lab

The PCR (polymerase chain reaction) test looks for evidence that the virus is currently in a person’s body, by detecting the presence of its genetic material or RNA in a swab sample from their nose and/or throat.

When the sample reaches the lab, a solution known as a reagent is added to it and if the virus is present it starts a “chain reaction” and creates billions of copies of the genetic material so there is enough that it can be detected by scientists to provide a positive result.

Generally seen as the testing gold standard, the technique has been used at test sites around the country and is the kit sent out by the NHS to people who have symptoms.

However, with samples usually having to be sent to a lab, it takes longer for results to be known, although machines in hospitals and care settings has helped speed the process up.

These tests are designed to identify people who have the virus but do not show any symptoms and use similar technology to a pregnancy test.

No laboratory equipment is needed as a few drops of liquid are then dropped onto a small strip.

While the test result returns very quickly, there have previously been questions over its sensitivity.

However, in a newly-published study researchers at University College London found the tests will detect most people at risk of transmitting coronavirus.

LFTs detect material from the surface proteins of the virus and are very likely to give a positive result when someone is infectious.

However, PCR tests detect the virus’ genetic material, which can be present for weeks after a person is no longer infectious.

The UCL scientists said the tests are a reliable public health tool in stopping the spread of the virus.