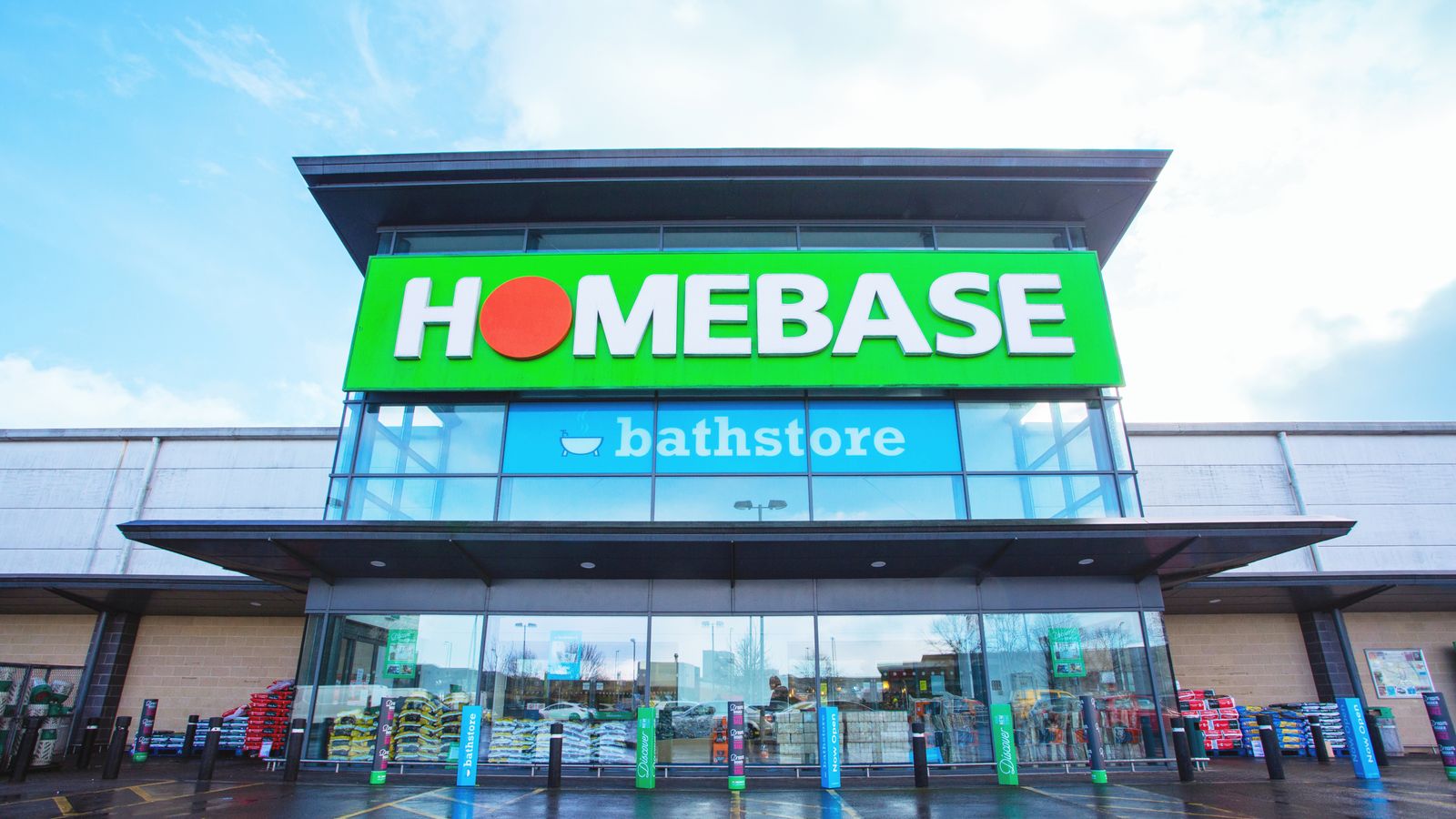 The owners of Homebase are facing scrutiny over the financial support that the DIY chain took from taxpayers during the pandemic after seeing profits surge last year.

Sky News can reveal that Homebase, which came close to collapse in 2018, received close to £40m in government funding in 2020 in the form of business rates relief and payments made under the furlough scheme.

Sources said on Friday that the chain had not repaid that funding, despite seeing earnings before interest, tax, depreciation and amortisation (EBITDA) before exceptional items soar 15-fold last year to more than £60m.

Image: Owner Hilco shut a number of stores as part of a rescue restructuring three years ago

According to accounts filed last week at Companies House, Homebase “did not take the government loans available as part of the COVID-19 pandemic support measures but did access the Job Retention Scheme and business rates relief”.

The accounts show the business rates relief was worth more than £28m, while the furlough funding paid by the Treasury is recorded in the accounts as having been valued at £9.6m.

Homebase declined to comment despite repeated questions about its use and retention of government support, while Ian Topping, its chairman, did not respond to several requests for comment.

If Homebase has not repaid any of that taxpayer support, it will add the DIY chain to a list of retailers including Iceland and the Co-op Group which have refused to repay part or all of the funds they received from the government.

A number of other companies in the DIY sector, including Travis Perkins, announced that they would repay tens of millions of pounds of government funding.

One industry source said the fact that Homebase had not proactively announced its profits turnaround suggested that it was trying not to draw attention to the state support it had received.

Homebase is owned by Hilco Capital, a frequently controversial backer of retailers which counts HMV, the music and entertainment chain, among the businesses it previously owned.

The chain employs 5,600 people and trades from more than 130 stores across the UK, having shut a substantial number as part of a rescue restructuring three years ago.

Its accounts show that the highest-paid director – likely to have been Damian McGloughlin, its chief executive – received more than £1.4m last year.

They also show that its 135 stores were all profitable, with net cash at the year-end of £85m.

In November 2020, Hilco put the business up for sale, which it said in its accounts was “to identify if a new investor could help accelerate the growth agenda”.

Sky News revealed earlier this year that Hugh Osmond, the prominent entrepreneur, was assembling a £300m bid for the company, although the talks subsequently broke down.

A future sale or flotation remain as potential future options.

A £300m sale would represent a remarkable result for Hilco, which bought Homebase for a nominal sum in 2018 after a disastrous spell under the ownership of Wesfarmers, an Australian group.

Wesfarmers’s stint as its owner, during which it attempted to rebrand the chain under the Bunnings name, represented one of the most disastrous UK forays by an overseas retailer.

The home furnishings retailer entered a company voluntary arrangement (CVA) soon after Hilco acquired it, resulting in scores of store closures and more than 1,500 job losses.

Since then, it has been restored to profitability and became one of the big retail winners from the COVID-19 crisis despite the initial closure of its stores.

Hilco, hired Lazard, the investment bank, to sell Homebase as it sought to capitalise on a boom in sales to lockdown-affected Britons.