‘My car was smashed up, someone tried to get into my house’: Conservative MP speaks out in wake of colleague’s killing 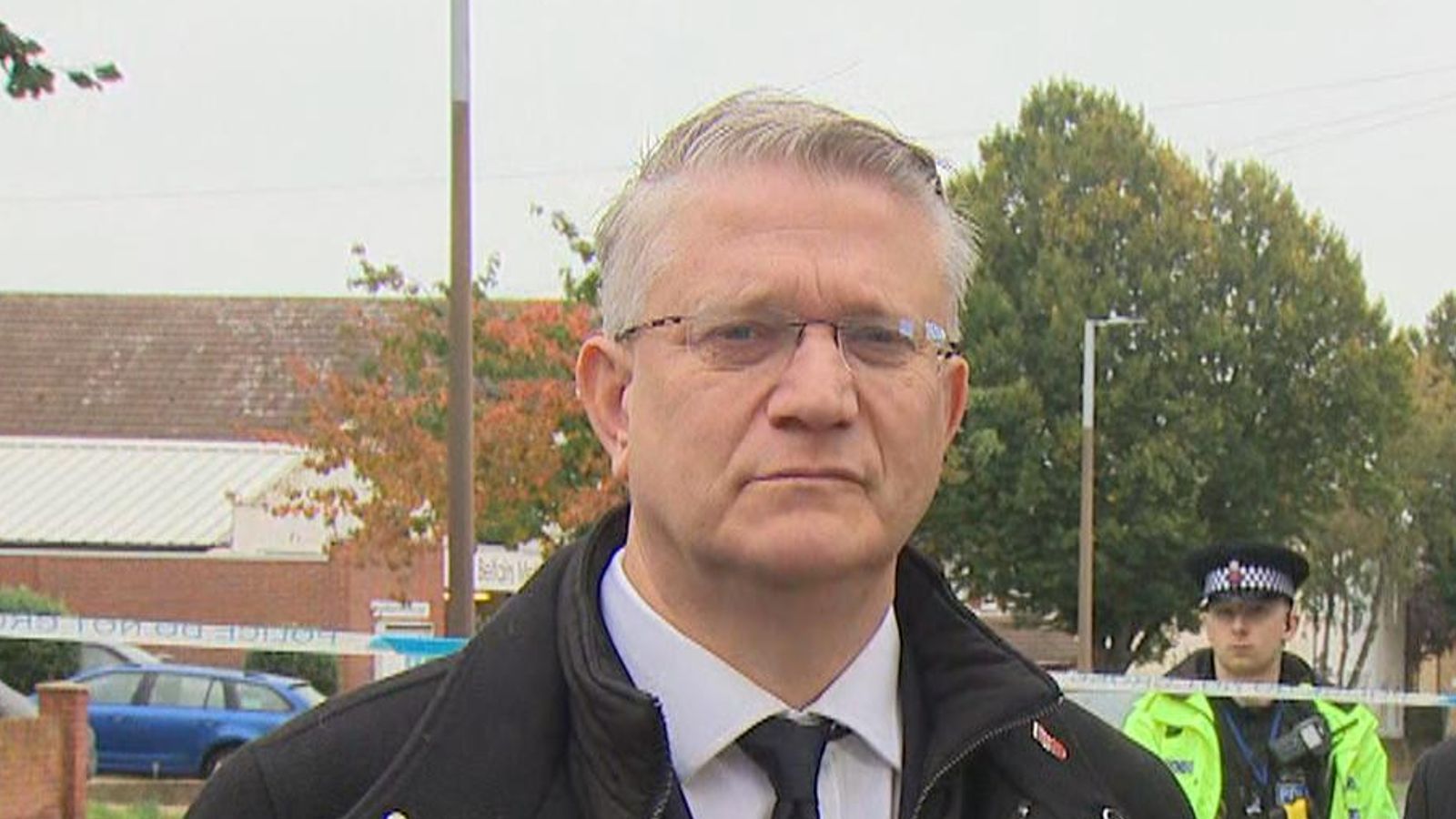 Instances of abuse reported to the police by politicians are not always followed up by forces, an MP has told Sky News, as he recalled having his car vandalised and office subject to an arson attack.

Andrew Rosindell, Conservative MP for Romford, said there are “a lot more nasty people around than ever before”.

Priti Patel: ‘We need to close any security gaps’

Southend West MP Sir David Amess was killed in an attack on Friday which saw him stabbed multiple times as he carried out a constituency surgery in Leigh-on-Sea.

Sky News understands that the terror suspect arrested following the killing of Sir David is the son of a former senior Somali government official – and that he made an appointment to see the MP via his constituency office.

MPs will have the chance to pay tribute to Sir David in the chamber on Monday afternoon when the Commons returns from recess.

Mr Rosindell, whose constituency is close to Southend West, described the attack as “pure evil”.

Speaking in Leigh-on-Sea alongside Labour MP Wes Streeting, whose Ilford North constituency borders his, he said there would probably have to be some changes to MPs’ security arrangements, but added: “We cannot allow that to undermine the democratic traditions of this country.”

Speaking about his own experiences during 20 years as an MP, Mr Rosindell told Trevor Phillips on Sunday: “They are willing to say and do things in a way that I would never have thought possible in this country. And we all have to be really aware and keep our wits about us.

Should more be done to protect MPs?

“The abuse we get on social media, by emails, I mean we get it all the time. But we brush it off because we’ve got a job to do. And we tell the police, the police have got other things to do, it’s not always followed up.

“And I think probably this has all got to change, we have got to take this a bit more seriously in future.

“My office was arsoned, my car was smashed up, someone tried to get into my house and injure me – managed to stop them.

“All these things have happened over the years, but you take it in your stride because our priority is to get on with our job, and we do tend to not think much about our own security, I’m afraid. But I’m thinking now maybe we should do a bit more.”

‘He fought for us’ : Locals mourns loss of MP

Asked about potential further security measures, Mr Rosindell said: “Certainly our constituency surgeries, there’s going to have to be some new arrangements for those.

“But we can’t let evil destroy democracy. This was pure evil what happened here. We cannot allow that to undermine the democratic traditions of this country.

“So whatever happens, Wes, myself and all Members of Parliament, we’re going to be out there serving our constituents, we’re not going to let this defeat us, we will still be there and doing the job we were elected to do.”

“We’re going to miss him. He was a fantastic MP and a great friend and to lose him in such tragic circumstances is very difficult for us to accept and understand,” he said.

This was echoed by Mr Streeting, who said he was “one of those great characters in Parliament”.

“Everyone knew him because you couldn’t not know him,” he told Sky News.

“He was renowned for the causes he took up, a terrific sense of humour and also being the most outstanding champion for his constituency.”

Mr Streeting added: “He was loved right across the political spectrum and you’ve heard that in recent days from some of my Labour colleagues, who absolutely loved David.”

He said he did not want to “rush to snap judgements” but acknowledged that “something has got to change”.

The pair both called for greater respect in political discourse, emphasising that politicians from different parties can disagree on issues but still treat each other with civility.

“We all have a responsibility to show respect for each other, to show kindness, despite our political differences,” Mr Rosindell said.

“Wes and I are probably examples of that, we’re neighbouring seats, we’ve never had a bad word to say about each other, in fact quite the opposite.

Mr Streeting said the “argy bargy of debate” is part of politics, but it should not take the killing of an MP to remind people of the fact that politicians have more in common than what divides them.

“When I look across the Commons chamber to Conservative MPs, I don’t see a bunch of people who are evil, I see people who, like me, are motivated by a commitment to public service and wanting to make our country a better place, we just differ on how to do that,” he said.

“That’s what politics is all about and I think we can make that point more often, without losing robust debate.”