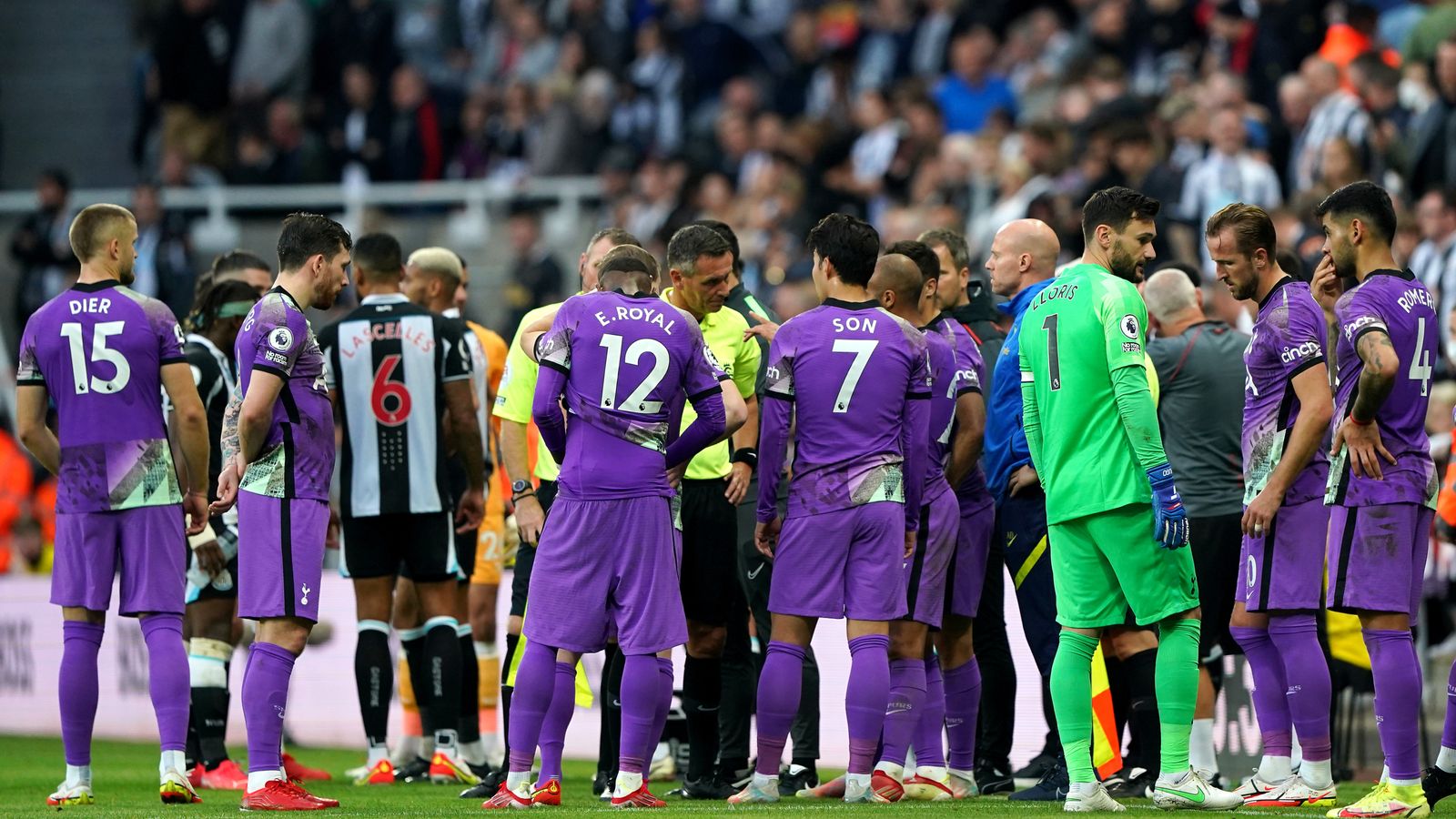 Newcastle’s game against Tottenham Hotspur was suspended for 20 minutes due a medical emergency in the stands of St James Park on Sunday afternoon.

Spurs player Sergio Reguilon appeared to spot the issue in the stadium’s East Stand, and asked the referee Andre Marriner to stop the game while the fan received medical treatment.

Marriner later signalled for players to head back down the tunnel after speaking with stewards and police officers.

The supporter who was in need of urgent medical assistance has been stabilised and is on their way to hospital.

Our thoughts are with them. 🤍

The visitors were 2-1 up when play was halted at 41 minutes.

At one point, Eric Dyer and Oliver Sipp were both seen dashing to the Tottenham dugout gesturing for a stretcher and defibrillator to made available.

The incident appeared to be over quickly, with players running back on to the pitch around 15 minutes after play was halted to warm up for the remaining minutes of the first half.

Newcastle United said that the fan in question has been stabilised and taken to hospital, with Sky Sports adding later they were awake and responsive.

The game was the first under the club’s new Saudi Arabian owners, who were hoping to mark their first game in charge of The Magpies with a convincing display in front of a big home crowd.

However, Newcastle are still searching for their first Premier League win of the season after they lost 3-2, despite a late comeback.