Queen right to be ‘irritated’ by leaders who ‘talk but don’t do’ on climate change, says Al Gore 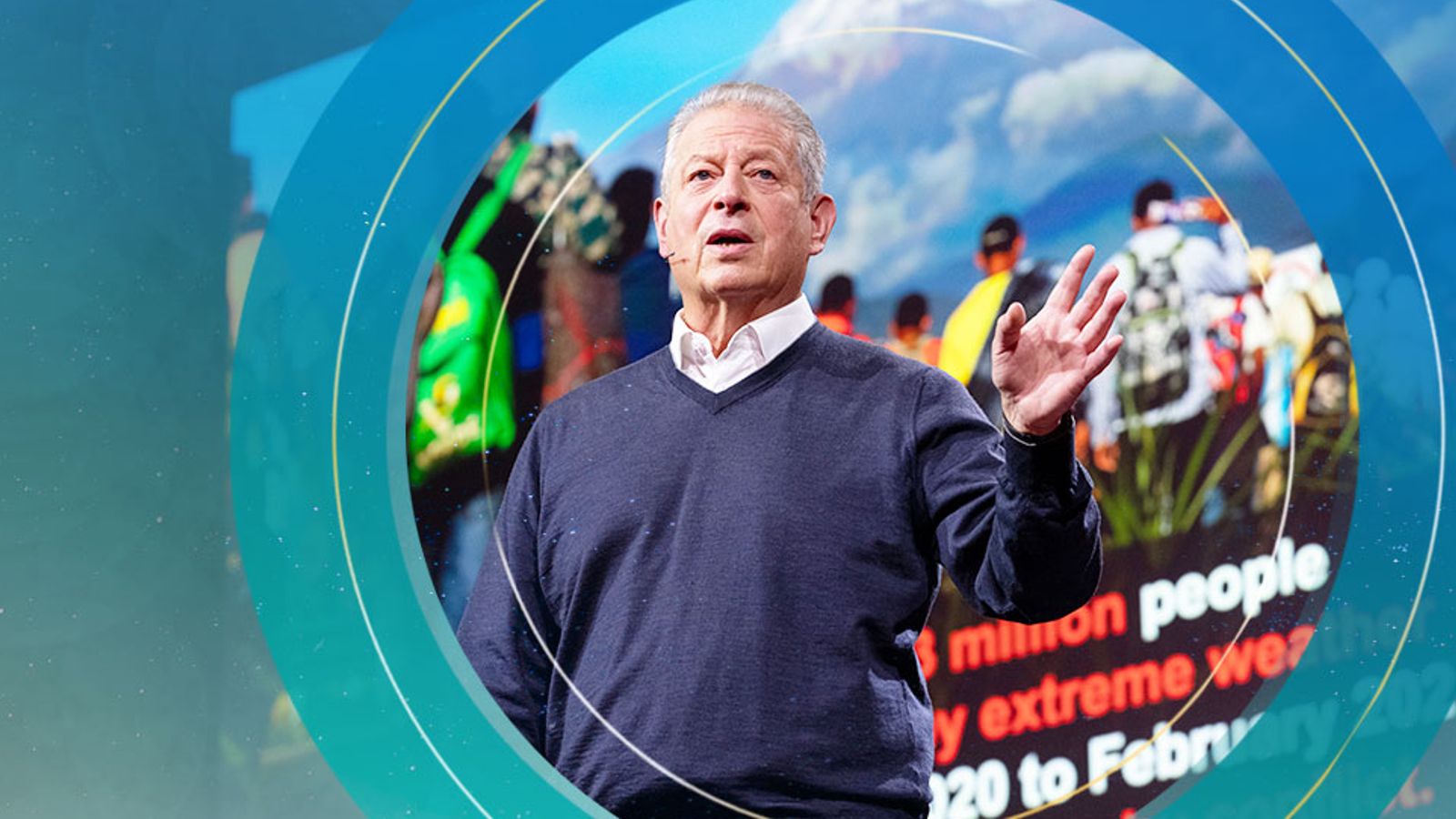 Former US vice president Al Gore has said the Queen is right to feel “irritated” at climate change inaction and those who “talk but don’t do”.

It comes after the 95-year-old monarch was overheard making the remarks after opening the Senedd in Cardiff, in a conversation with the Duchess of Cornwall and Elin Jones, the parliament’s presiding officer.

Mr Gore, a long-time environmentalist, told Sky News he sympathised with the Queen for having her private conversation publicised, but said “yes, of course she’s right” to be irritated.

The UK itself has been accused by campaigners for failing to match rhetoric with action, in the year it has positioned itself as a climate leader as it hosts COP26 in Glasgow from 31 October.

Mr Gore, speaking in Edinburgh, said the UK’s pledge to slash emissions by 68% by 2030 was “impressive” but it would take “follow through” to make the nation a climate leader.

“It must be matched also by… actions consistent with that pledge, such as cancelling this new oil field development,” he said, referring to the Cambo site that Prime Minister Boris Johnson is poised to approve for the North Sea.

“The longer we continue to dawdle by remaining so dependent on fossil fuels, the harder it will be to make this change,” he said. “We need to move faster. And that to me is consistent with just stopping these new oil and gas and coal developments.”

Climate talks like COP26 are largely predicated on trust, with countries coming to the table making commitments in good faith that others will do the same.

Sky News asked Mr Gore three times whether the UK prime minister inspired the trust of global leaders, but he could not be drawn on the matter, preferring instead to talk about the UK’s climate targets.

Meanwhile, the 73-year-old insisted there was reason to hope China will come forward with bold climate action, though the country this week suggested it could further increase coal capacity and President Xi Jinping’s attendance at COP26 is in doubt.

He acknowledged that “tensions between the US and China on other issues have made it a little bit more difficult for the two largest emitters to be aligned as they were just before the Paris Agreement”.

But he was still “optimistic and hopeful” about action from China, the world’s largest emitter, and about a successful outcome at COP26, the critical UN climate talks for which hopes seem to be diminishing.

Just this week the US climate envoy John Kerry predicted the talks would likely miss the target for cuts in fossil fuels needed to prevent the world from dangerously overheating.

Mr Gore pointed to China’s recent solar power commitment and said that net zero was a big task for a population of 1.4 billion, with his hopeful tone echoing his Ted Talk delivered the previous evening.

Meanwhile, it has been 15 years since the former vice president released his seminal film, An Inconvenient Truth. In it, he said he had tried and so far “failed” to get the climate change message out.

Since then emissions have continued to rise and extreme weather driven by climate heating has worsened. And yet Mr Gore is “more optimistic today than I was just a few years ago”, pointing to advances in green hydrogen and renewables.

“We’re going to see within the next two years the cost of electric vehicles fall decisively below the cost of internal combustion engine vehicles.”

He is also optimistic about the United States’s resumed position on the world stage, saying it deserves to be taken seriously on climate again. In January, within hours of taking office, President Joe Biden reinstated the Paris Agreement, which had been repealed by the former president Donald Trump.

“I think the landscape [in the US] is changing quite dramatically and there is now a growing demand from the grassroots activists, regardless of political party,” he said. “And I think that’s going to make a big difference in the elections ahead.”

Mr Gore congratulated Sky News for launching the first daily news show dedicated to climate change. He quipped: “As the Australians say, ‘good on you!’.”