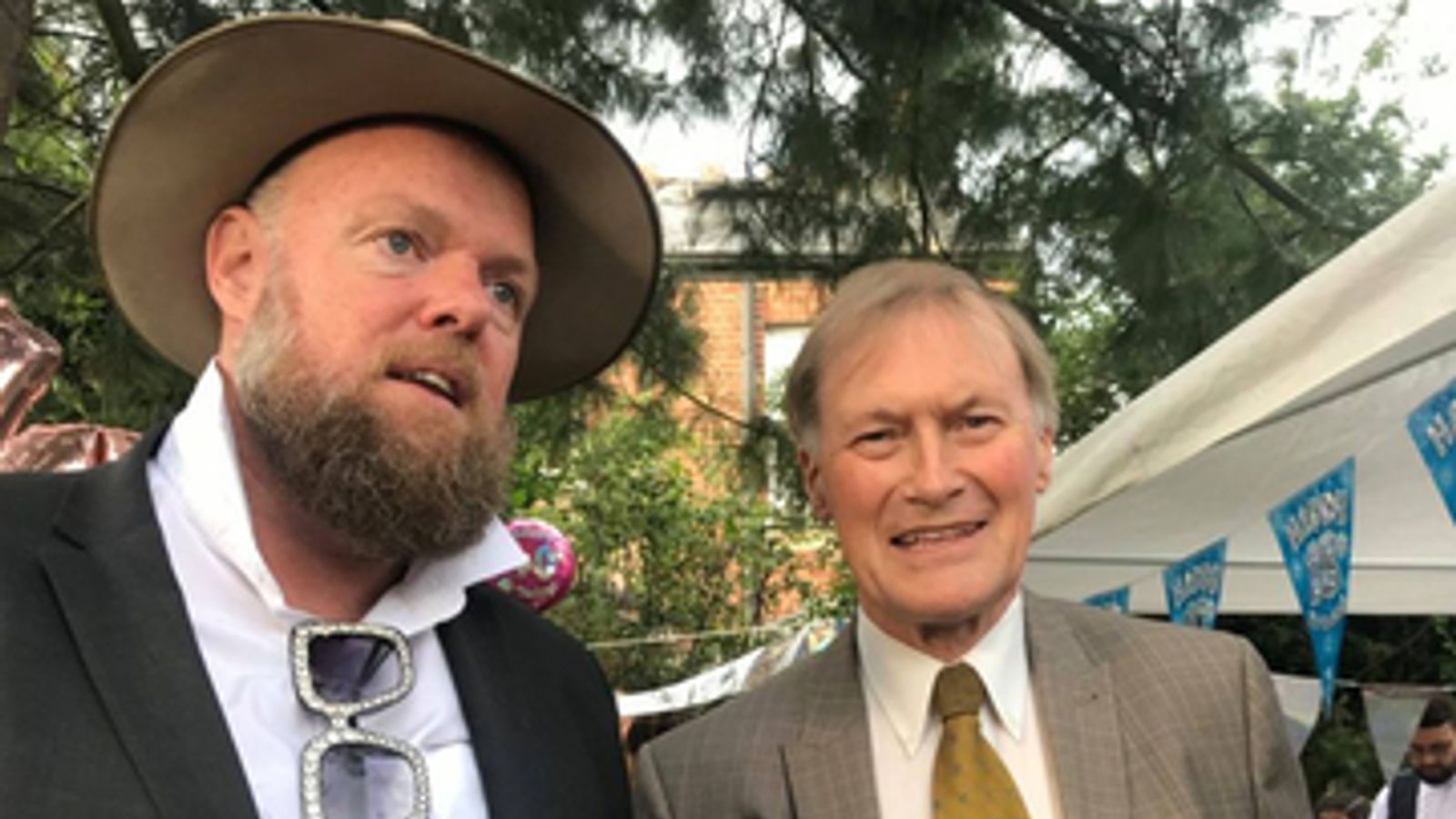 At 11.45am on Friday, Sir David Amess took part in a Zoom call with his colleague Richard Hillgrove – moments later a fatal attack took place.

Although the pair had met in person before, on this particular occasion they had decided to hold their meeting to discuss a Children’s Parliament initiative virtually.

Mr Hillgrove, who was also a constituent and friend of Sir David, explained that their meeting “ran slightly over” until 12.02pm – just moments later, at around 12.05pm, Essex Police received reports of a knife attack at the MPs constituency surgery at Belfairs Methodist Church in Leigh-on-Sea.

Paramedics tried to help the 69-year-old but he died at the scene.

“I’m still in complete disbelief… I had Sky News on in the background and I heard the first report and they hadn’t even named who it was, but I thought hold on I recognise that location… I started fearing the worst and every minute seemed like an hour,” Mr Hillgrove said.

“They weren’t naming anyone, he wasn’t being moved, the air ambulance was there but wasn’t taking him anywhere and it just started to dawn on me how serious it was”.

He said he started ringing reporters from the local area and called Sir David’s adviser asking for information about what was going on, but nobody knew what was happening.

“It must have been an hour, but it felt like eight hours later, I heard that it was Sir David and it was just absolute shock, and I still am, I can’t fathom what’s happened.”

Image: Police officers investigating the killing of Sir David Amess erect a tent outside a house in north London

Mr Hillgrove, who moved to Essex around four years ago, had been speaking to Sir David to discuss a new Children’s Parliament initiative, which aims to engage seven to 11-year-olds in the world of politics.

With the first event due to take place on 29 October, Mr Hillgrove said they had been talking over the “fine details” and had arranged a meeting in Westminster for next week, with the MP telling him: “Leave it to me, I’ll sort it.”

Mr Hillgrove said: “We were talking about his vision for a children’s parliament, he believed in this so much. When I first talked to him about it he remembered becoming part of a mock election when he was a young person, a primary school student.

He said Sir David thought it was an “absolutely incredible” initiative to get children engaged in politics from a young age and a “remarkable way to enshrine our democracy and make it available to young people”.

Mr Hillgrove added that the father-of-five had been in to visit his daughter Lola’s school Saint Pierre in Leigh-on-Sea and she had been matched up with Sir David as part of the scheme.

Lola described her mentor as “very kind and very funny” and a man with a “very kind heart”.

She said he was “very uplifted” when he found out they had been partnered together, adding, “he told me that I could always be whatever I wanted to be”.

“He couldn’t be more passionate about it,” Mr Hillgrove added.

“It summed Sir David up though, he’s such a kind man and he really reached people from all sectors.

“He couldn’t do enough in the constituency he was always appearing at children’s parties, or charities, or in parliament, he is chairing so many sub-committees, he is just an incredible man – one of the good ones”.

He added that Sir David “just lived and breathed” meeting people within his constituency and was such a “serious politician”, adding people in Essex will be “up in arms” over his killing.

“He wasn’t chasing the limelight, he did so many things behind the scenes that no one knows about and he just made things happen. He made sense of such a crazy world, he had such a wonderful sense of humour,” Mr Hillgrove said.

“He is a libertarian that believes in our democracy so strongly and for this murder to happen, to extinguish such an incredible life, I hope now in the name of the children’s parliament, which we have vowed to continue with in his name.

“He would want us to continue, we must do this in his name, we must fly the flag for Sir David and continue”.

Sir David Amess murder: MP’s family says they are ‘absolutely broken, but we will survive’