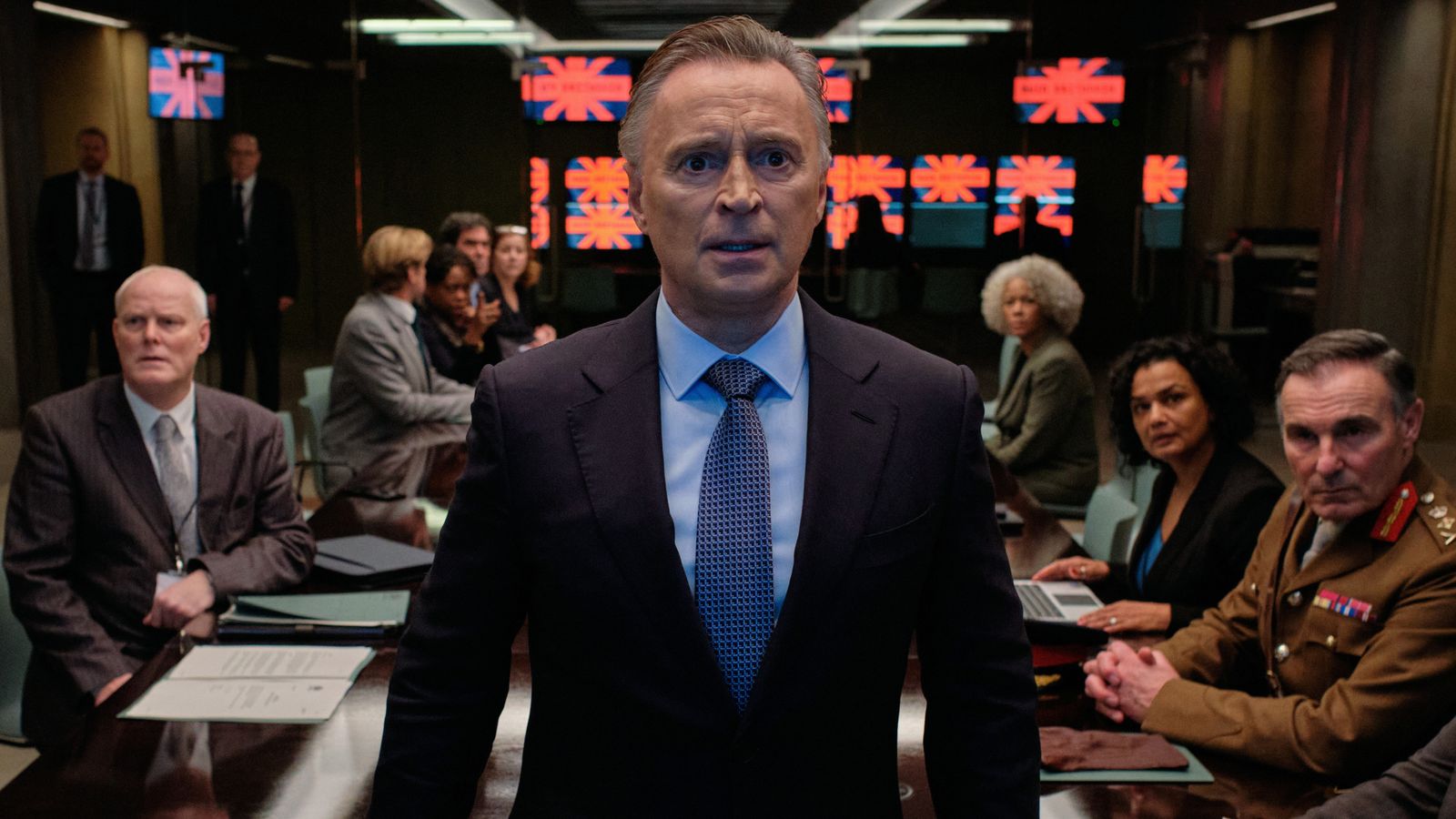 Actor Robert Carlyle has paid tribute to murdered MP Sir David Amess – as episodes of the latest series of his hit political drama COBRA have been delayed following his death.

Carlyle, best known for his roles in films including Trainspotting and The Full Monty, plays fictional prime minister Robert Sutherland in the show, which follows senior politicians and crisis contingency planners co-ordinating the response in times of national crisis.

All six episodes of series two – COBRA: Cyberwar – were due to be released on Friday, but Sky took the decision to temporarily pull the final three following Sir David’s death, due to sensitive themes.

Speaking to Sky News about the decision, Carlyle said: “The first thing to say is your thoughts and your prayers go to the family of that poor man. What a terrible, terrible, dreadful thing to have happened.”

Sir David, MP for Southend West, was holding a routine constituency surgery in Leigh-on-Sea, Essex, when he was stabbed multiple times on Friday.

COBRA is not the only show to have episodes pulled in the wake of his murder, with hospital drama Casualty replaced by the BBC on Saturday evening.

Sky has said the final three episodes of COBRA will return to the platform at a later date.

“What I should say obviously is that COBRA, it’s a fictitious entertainment [show] and… some of it will reflect real-life events but it’s not meant to do that,” Carlyle said. “First and foremost it’s there to entertain people, it’s there to give people a little bit of insight into the workings of the COBRA room. Hopefully it does that.”

COBRA refers to the Cabinet Office Briefing Rooms, the crisis rooms where Britain’s leading experts and most senior politicians meet to steer the country during times of emergency.

In the first series, Robert Sutherland was dealing with the fall-out of in the aftermath of a solar flare wiping out power.

Released in January 2020, the scenes of panic and rioting seemed far less far-fetched when the pandemic hit the UK just weeks later.

In season two, the fictional Conservative prime minister is dealing with a shipwreck explosion in Kent – as well as a huge cyberattack.

“It’s about the power of fake news and the destabilising effect it has on a democracy,” said Carlyle. “And then overall, as the title suggests, there’s a massive cyberattack launched upon the country’s critical infrastructure and transport – our emergency communications and even nuclear facilities are attacked. So there’s a lot going on.”

Image: The second series of COBRA sees government dealing with a coastal explosion as well as a cyberattack. Pic: Sky UK

Before the series launched, a pandemic was discussed for the storyline by writer Ben Richards, the actor said.

“I genuinely think he’s like some kind of seer, or something like that, he kind of sees these events,” Carlyle said of Richards. However, the idea was apparently abandoned as “crazy”… “and next thing you know, there we were, in the middle of a pandemic, shooting season two”.

Carlyle said the series has made him more aware of the disasters the world can face.

“I live in Vancouver, Canada, and we’ve been told there constantly over the past five or six years that we are due an earthquake in that part of the world.

“My wife is brilliant and she takes these things probably a bit more seriously than me, and she stocked up our garage with bottles of water and dried food and stuff like that… and then [the pandemic] happens and you think it’s not that far away. I guess the watchword is, it’s good to prepare.”

While playing a prime minister in times of crisis has given the actor, who grew up in Glasgow, more insight into the work of politicians, he says it has not made him more empathetic to the likes of Boris Johnson.

“These people are there to do a job, you know, they’re elected to do that job and they apparently want to do that job. I mean, who would do it? I can’t imagine personally anything more horrific than being in that position and having to make these decisions.

“So I don’t empathise with these people because they are the publicly elected figures, but it’s given me, if anything, a kind of tiny, minuscule insight into what it is to be in that world.”

COBRA: Cyberwar episodes one to three are available now on Sky and streaming service NOW. Episodes four to six will be made available at a later date