Gracie Spinks: Woman killed after making stalking complaint was ‘let down’ by police, her family says 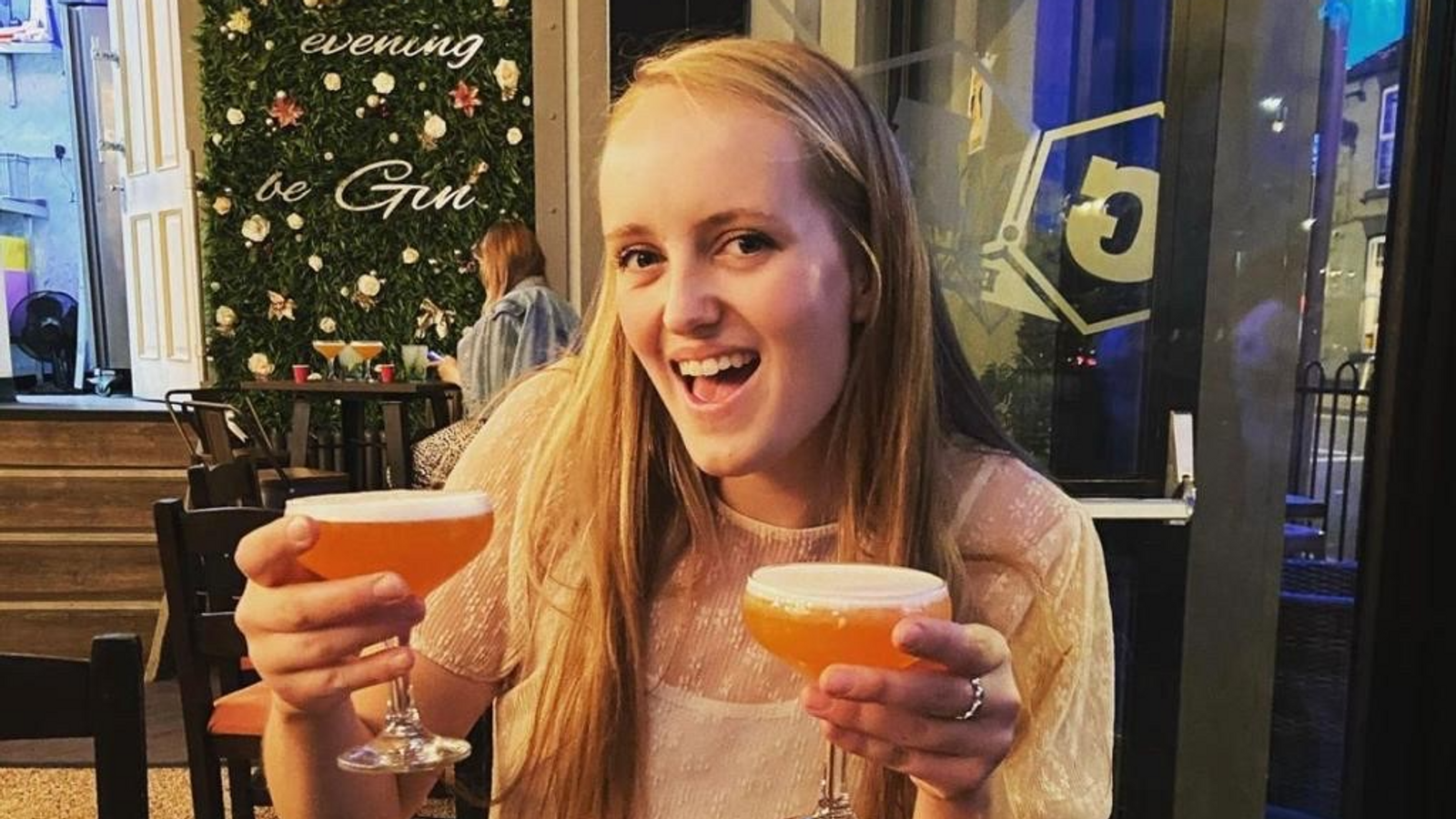 Gracie Spinks, a 23-year-old Derbyshire woman who is thought to have been killed by a man she had reported for stalking, was let down by the police, according to her family.

Speaking exclusively to Sky News ahead of what would have been Gracie’s 24th birthday, her parents said officers failed to recognise the danger their daughter was in.

“A guy who Gracie had previously reported to the police for stalking her approached her that morning and murdered her,” said her mother, Alison Heaton.

Image: The 23-year-old was a keen horse rider

“She absolutely loved life, she was fun, she was a keen animal lover,” she said.

“It’s just really frustrating because we’ve got no answers, it’s just dragging on, we just want some answers.”

“Everybody loved Gracie, she made her mark on people, she lit up the room wherever she was and it’s just so sad and upsetting that she died in this way,” he said.

Gracie, a keen horse rider, was last seen alive by her mother at 7.30am on 18 June, leaving the family home in Chesterfield to drive a few miles to Blue Lodge Farm stables in Duckmanton, where she kept her horse.

Are women safe on our streets?

Half an hour later, Gracie was found unconscious at the stables with a fatal stab wound to the neck.

The body of Michael Sellers, her former supervisor at a warehouse where she had a temporary job, was found in a nearby field a few hours later.

Four months earlier, Gracie had reported Sellers to the police for stalking after he became infatuated with her and turned up at the stables uninvited.

It was only after Gracie was killed that her family learned that a bag containing knives, an axe, a hammer, and a note saying “Don’t lie” had been found close to the stables six weeks previously and handed to the police.

“This bag of weapons had been handed in on the 6 May and as far as we know the police didn’t act on it and join up the dots basically from Gracie’s complaints,” her mother said.

Gracie’s father said if Derbyshire Police had warned Gracie about the bag of weapons, he could have protected her.

Image: Gracie’s family say she was ‘let down’ by police

“We wouldn’t have allowed her to go to the field that day on her own,” he said.

“We wouldn’t have let her go anywhere on her own after that, so that’s the view that I’ve got: I think they let her down big time.”

In the wake of Gracie’s death, and other high-profile cases like the murder of Sarah Everard, Mr Spinks believed women’s safety should be taken more seriously by the public and the police.

“That’s what I want to see. I’ve lost my beautiful daughter who was a hard working girl who was loved by everyone,” he said.

“We can only speak through our own experience and they’ve failed my daughter as far as I’m concerned, somebody’s failed her,” she said.

Image: She was last seen alive as she headed to a stable to see her horse

The police watchdog, the Independent Office for Police Conduct (IOPC), said: “We are independently investigating the prior police contact between Gracie Spinks and Derbyshire Police prior to her tragic death on Friday 18 June.

“The investigation is ongoing.

“Our thoughts remain with Gracie’s family, friends and anyone else affected by her death.”

Derbyshire Police said: “We are continuing to liaise with the coroner over the deaths of Gracie Spinks and Michael Sellers and the case remains with the IOPC. For this reason, we are unable to comment further.”

Mr Spinks said he hopes a candlelit vigil being held tonight to mark Gracie’s birthday at Saint Bartholomew’s Church in Old Whittington will help to raise the profile of a campaign her family is calling Gracie’s Law.

They want a pledge from the government that each police force will receive funding for a dedicated point of contact for stalking complaints.

“I have faith that we can achieve our goal and make a difference,” he said.

“And that can be carried on, and that will be her legacy.”