Heat and Building Strategy: Homes with inefficient energy rating may struggle to get mortgages 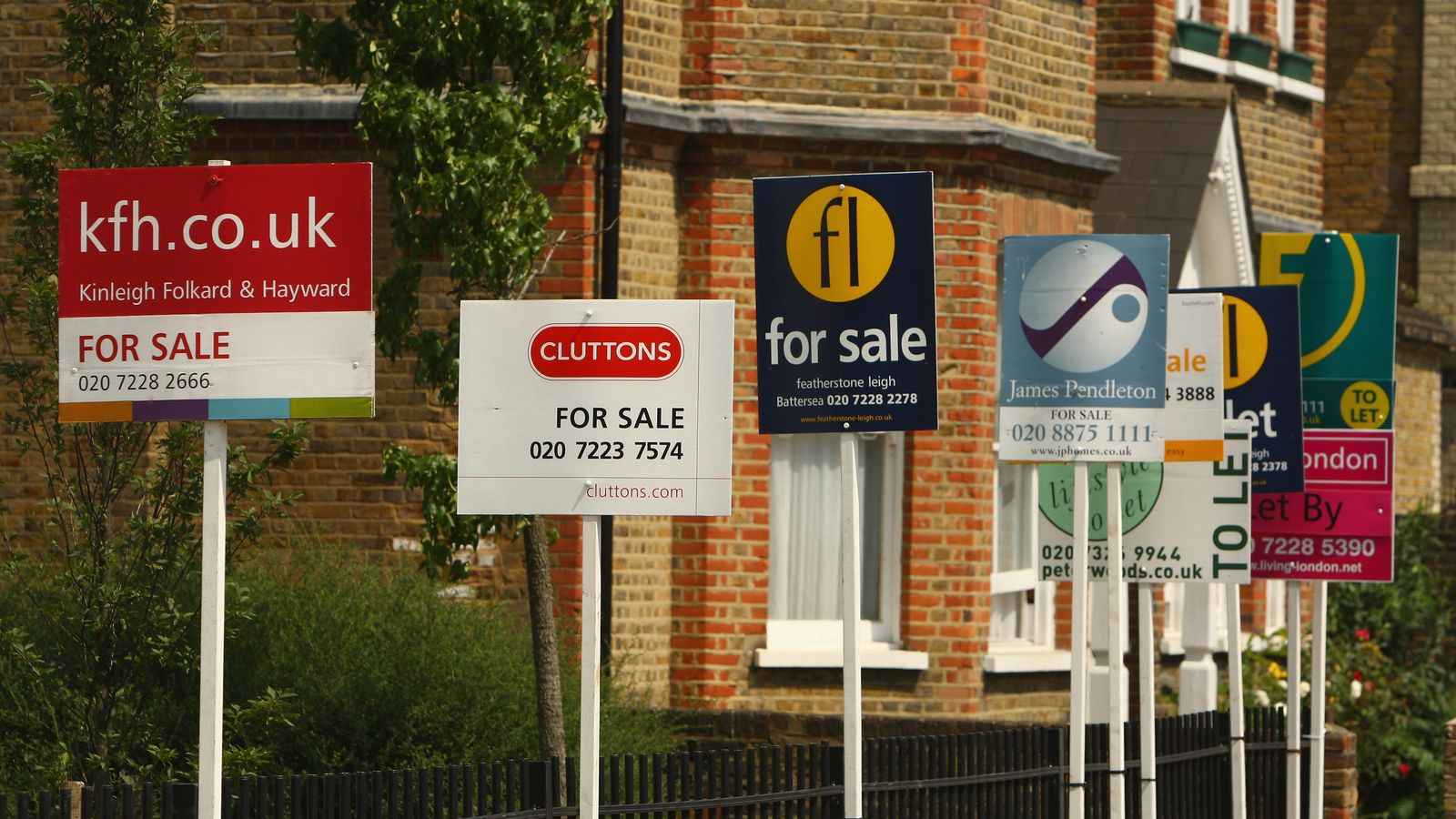 Homes that have an inefficient energy rating may struggle to get mortgages in future, under government plans leaked to Sky News.

Under the proposals, mortgage companies would be incentivised in future to focus their lending on properties that have higher energy ratings.

This is in the hope it encourages people to make their homes more energy efficient to make them easier to sell.

Currently only 40% of homes reach this higher standard. Eventually mortgage companies may be banned from lending to too many energy inefficient homes.

Image: Currently only 40% of homes have a B or C energy rating on their energy performance certificate (EPC)

The plans – seen by Sky News – have prompted an outcry, with mortgage companies saying this might trap some homeowners in negative equity if properties could not be cost-effectively improved.

And brokers are also warning it will push up the cost of moving house.

The Heat and Building Strategy, a blueprint to reduce Britain’s carbon emissions to put the country on the path to be net zero by 2050, will be released by government on Tuesday.

However, Sky News has obtained a leak copy of the draft document.

This sets out how the government plans to force mortgage lenders to disclose details about the energy performance of homes on which they lend, setting voluntary improvement targets to be met by 2030.

This will deter lenders from lending to less energy efficient homes.

The document then adds the government reserves “the option of making this target mandatory if insufficient progress is being made”.

EPCs, or Energy Performance Certificates, are needed whenever a property is built, sold or rented and contains information about a property’s energy use and typical energy costs, as well as recommendations about how to reduce energy use and save money.

An EPC gives a property an energy efficiency rating from A (most efficient) to G (least efficient) and is valid for 10 years.

What you need to know about climate summit

As a first step, the strategy says the government intends to “require mortgage lenders to disclose energy performance across their property portfolio and on introducing voluntary targets to improve the energy performance of their portfolios to an average of EPC band C by 2030”.

Currently only 40% of homes have a B or C energy rating.

This has prompted warnings from UK Finance, which represents banks and other mortgage lenders.

They wrote the “unintended consequences might trap some homeowners in negative equity if properties could not be cost-effectively improved”.

The plans could also “cause market distortion or unintended consequences that might trap owners in poorer performing properties or create a two-tier market where borrowers pay more but have less choice”, they said.

“New and newer-build properties are likely to have better energy performance; it could be much more difficult to bring older properties up to standard in a cost-effective way,” UK Finance added.

“A two-tier market could develop if there is a perception that energy efficiency requirements are value-affecting.”

Mortgage brokers warned this could put people off buying and selling houses.

“This is going to be a huge challenge because it’s around clarity for the consumer, around what actually goes into an EPC rating,” he said.

“I think there’s going to be a number of factors that go into it – one is are people aware even what their property EPC rating is?

Separately, the draft document says the government will also consult on requiring private rented homes to reach EPC rating C before 2035 “where practical and cost effective.”