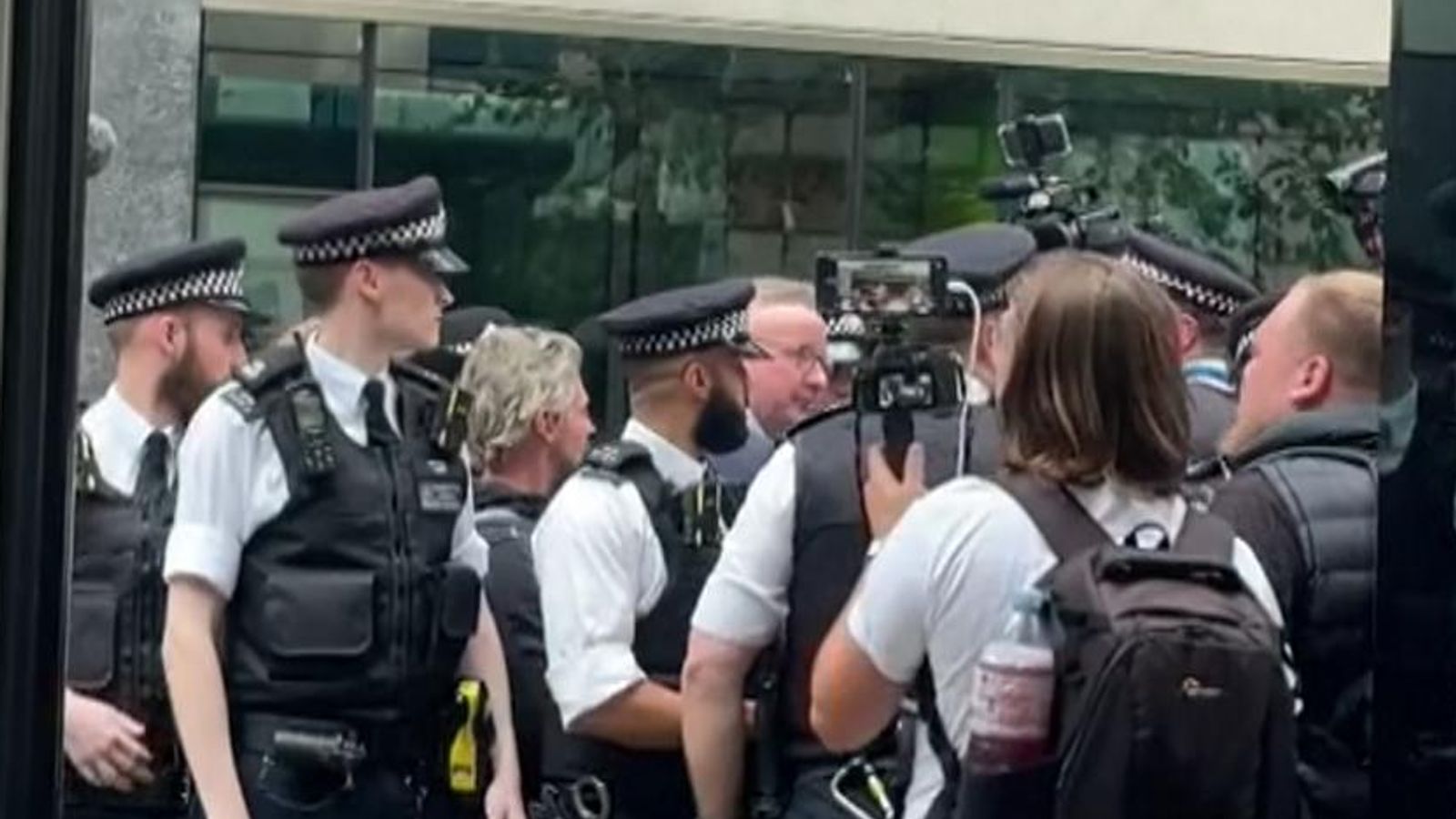 Mr Gove had to be escorted to safety by police officers on Tuesday after he was surrounded by protesters on Horseferry Road in Westminster.

Video footage that emerged online showed Mr Gove, the Secretary of State for Levelling Up, Housing and Communities, being spotted by demonstrators as he walked in public.

Has politics become too hostile?

As demonstrators ran towards the Conservative MP, he was quickly encircled by police officers who led him into a nearby office building.

Mr Gove later posted on Twitter: “Thank you to the Met for their swift reaction – I’m grateful to their officers for their thoughtfulness.”

It comes just days after Tory MP Sir David Amess was stabbed to death at a constituency surgery in Leigh-on-Sea, Essex, which has prompted fresh debate about the safety of politicians in the UK.

Asked about the incident involving Mr Gove on Tuesday, Prime Minister Boris Johnson’s official spokesman said: “The harassment and intimidation of anyone going about their daily business is completely unacceptable.

“We will expect the police to take this kind of behaviour seriously.

“While peaceful protest remains an important cornerstone of our democracy, threatening, intimidating or abusive language cannot be tolerated.”

We’re aware of a protest in Westminster today which is marching to a number of locations.

During this protest, a group attempted to surround a Member of Parliament on Horseferry Road.

Our officers were immediately on scene where they safely escorted him to a nearby building.

The spokesman added it was “abhorrent” for individuals to be targeted because of their support for COVID vaccines.

“The approach we have taken, particularly on issues such as vaccination, is to provide clarity and information to provide reassurance to those who have legitimate questions,” he said.

“What is completely unacceptable is for those who disagree with our approach to try and target individuals, be they ministers or schools or parents and children.

“That sort of behaviour is abhorrent and will never be tolerated in a democratic society.”

The Metropolitan Police said that no arrests were made but that officers would review both video footage being shared online and their own officers’ body-worn cameras.

“We’re aware of a protest in Westminster today which is marching to a number of locations,” said Scotland Yard.

“During this protest, a group attempted to surround an MP on Horseferry Road.

“Our officers were immediately on scene where they safely escorted him to a nearby building.

“There were no arrests. We know there is footage circulating online of this incident, we will review this and our officers body worn video to see if any offences occurred.

“We continue to escort the protest and will be working hard to disrupt any potential criminal activity.”

London mayor Sadiq Khan condemned the treatment of Mr Gove as “just wrong”, adding: “Politicians should be able to go out without being intimidated or fearing for their safety.”