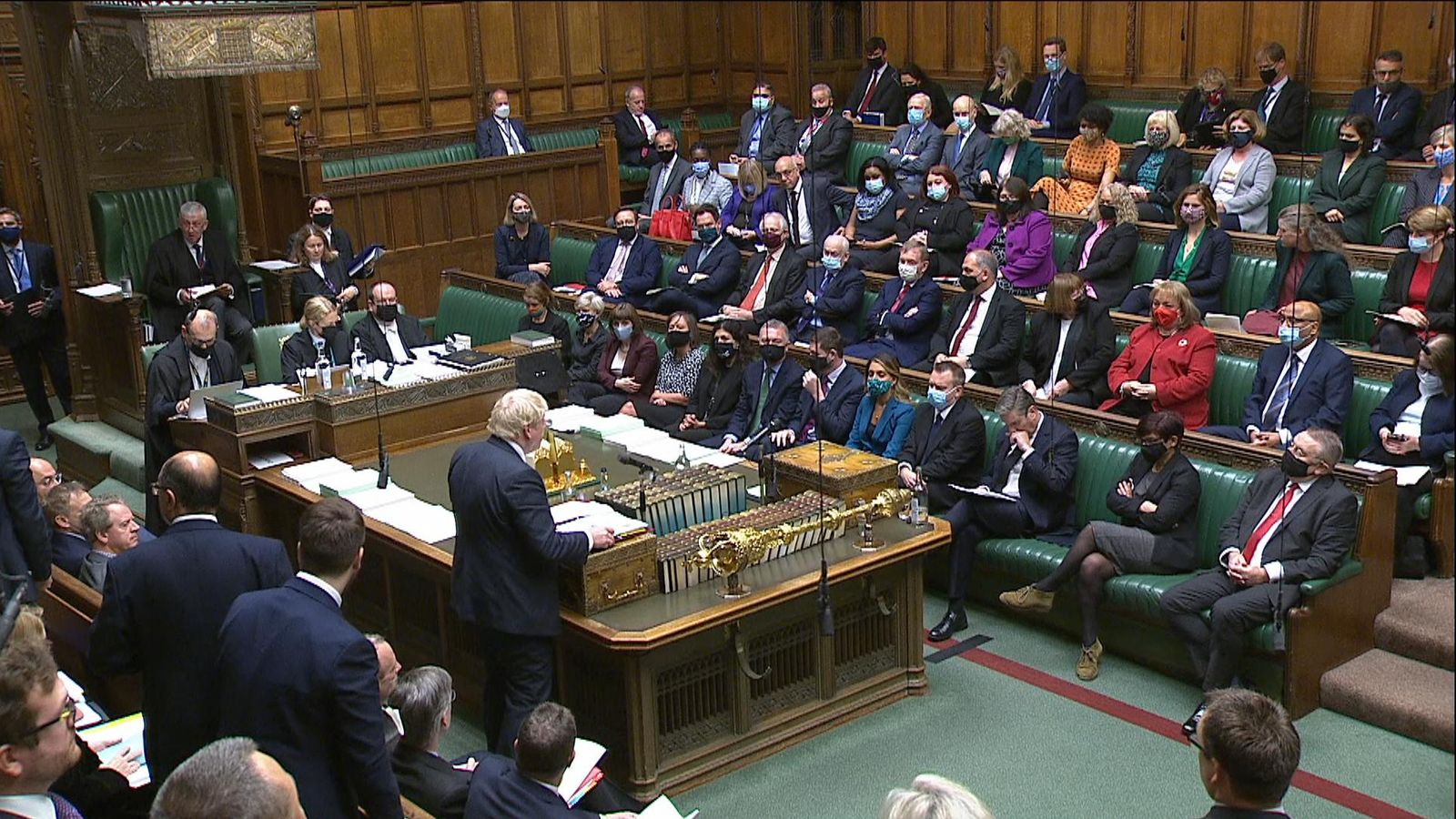 Boris Johnson has committed to bringing the Online Harms Bill back to the Commons “before Christmas” in the first PMQs following the killing of Conservative MP Sir David Amess.

Sir Keir Starmer called on Boris Johnson to bring forward the second reading of the Online Harms Bill by the end of the calendar year in the first PMQs since Sir David’s death last Friday.

In the first meeting of the two party leaders in three weeks, Sir Keir warned: “It is three years since the government promised an Online Safety Bill but it is not yet before the House – meanwhile the damage caused by harmful content online is worse than ever.”

The Labour leader said if the legislation is put in front of MPs before the end of 2021, his party will support it.

The PM thanked Sir Keir for his support and confirmed the Bill will return and “complete its stages” before the end of December.

It had been expected that the Bill – which particularly focuses on how to protect young people online, but also contains plans on how to address terrorism and disinformation – would not return to the Commons until the New Year.

“The safety of MPs, indeed of all public servants, everybody who engages with the public is of vital importance,” Mr Johnson said.

“The Online Safety Bill is of huge importance, it is one of the most important tools in our armoury.”

The PM also insisted new internet safety laws will impose “criminal sanctions with tough sentences” on those responsible for allowing “foul content” on their platforms.

The exchange came less than a week after Tory MP Sir David was stabbed to death in his constituency.

Image: Sir David Amess was killed in his constituency in Essex on Friday

Sir David, who represented Southend West in Essex, was holding a constituency surgery at Belfairs Methodist Church in Leigh-on-Sea when he was stabbed multiple times.

Ali Harbi Ali, who is 25-years-old, has been arrested on suspicion of his murder.

The PM told MPs his government are “ensuring that we crack down on companies that promote illegal and dangerous content”, adding: “We’ll be toughening up those provisions.”

Sir Keir called for “tough and effective sanctions” for those responsible for harmful online posts.

“It is frankly beyond belief that as the Mirror reported yesterday, 40 hours of hateful content from Anjem Choudary could be easily accessed online,” the Labour leader said.

Sir Keir urged the PM to bring an end to this “by making it clear that directors of companies are criminally liable for failing to tackle this type of material on their sites”.

He added that there is “a clear need for action”.

Mr Johnson replied that the government is working “with all parties” to tackle violent extremism and said UK has “one of the strongest counter terrorism and counter extremism systems in the world”.

The PM said he is “willing to look at anything to strengthen the legislation”, adding: “We will have criminal sanctions with tough sentences for those who are responsible for allowing this foul content to permeate the internet.”

The debate follows almost a week of MPs raising safety concerns in the wake of Sir David’s death.

A wider discussion has developed over the way politicians are targeted online.

Speaking to Sky News on Sunday, Home Secretary Priti Patel said MPs could be given police protection while they carry out constituency surgeries.

Ms Patel said “immediate” security changes are being offered to MPs after the killing and they are being asked to share their whereabouts with police, but she said she did not think it should change the nature of the relationship between MPs and constituencies.

Image: There was a calm mood in the Commons for the majority of the first PMQs since Sir David Amess’ killing

And Ms Patel did not rule out banning anonymity on social media in a bid to tackle “relentless” online abuse, declaring: “We can’t carry on like this.”

At the beginning of the session, Sir Keir called on all members of the House to work “together” to tackle issues relating to violent extremism.

The calm tone remained for the majority of PMQs, with the PM saying he is “delighted to join forces” on the matter.

Despite the rising COVID cases, there was no mention of the pandemic in the 30-minute questioning.

Petrol retailers warn of record prices at the pumps within days