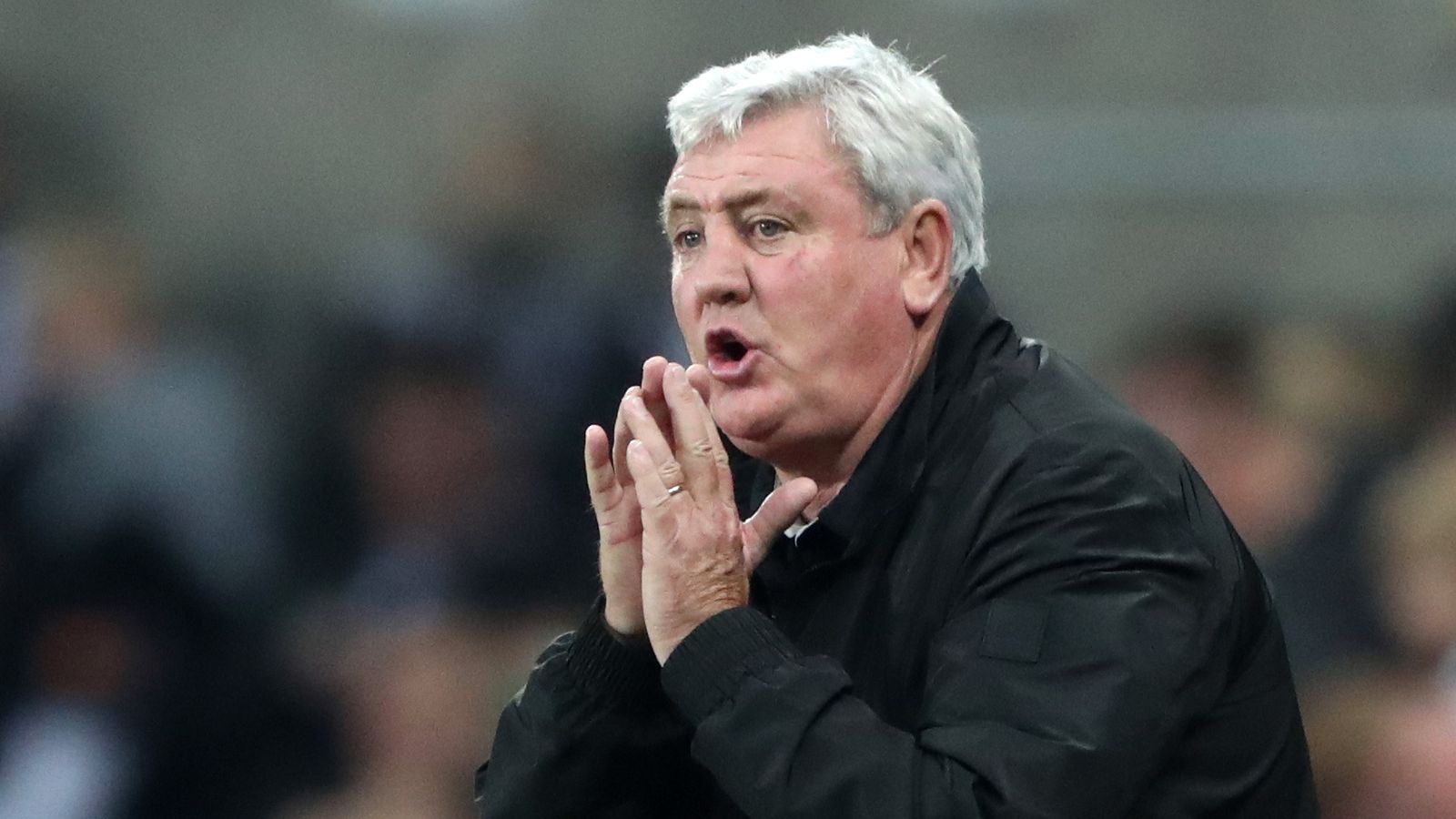 Steve Bruce has left Newcastle United “by mutual consent” less than two weeks after a Saudi-backed takeover of the club.

Bruce departs after more than two years in charge, with the club in the relegation places on only three points.

Image: The end of his tenure comes after Mike Ashley sold the club to a Saudi-backed consortium

The move comes 13 days after a controversial takeover at St James’ Park.

It also comes three days after Bruce’s 1,000th game as a manager ended in a 3-2 home defeat to Tottenham during which disgruntled fans renewed calls for him to go.

This was the new ownership’s first big call at St James’ Park and it was hardly a difficult one.

Second from bottom in the Premier League and without a win all season – whoever replaces Steve Bruce will be straight into a relegation fight.

That’s what makes it a tricky appointment – a big global name would be a big statement about the ambition of the Saudi-backed project in Newcastle, but it might not be the way to fight for survival in the Premier League.

There’s been a long list of names touted over the past fortnight including Antonio Conte, Jose Mourinho, Steven Gerrard, Brendan Rodgers and Unai Emery.

The smart money will be on someone with the ability to win instant respect and to galvanise a misfiring team.

Whoever starts this new era for Newcastle will be building the foundations – but this is a multi-storey project with sky high ambitions.

A club statement said: “Newcastle United can confirm that Steve Bruce has left his position as head coach by mutual consent.

“He leaves the Magpies after more than two years in charge, having steered the club to 13th and 12th-place finishes in the Premier League and reaching the quarter-final stage in both the Emirates FA Cup and Carabao Cup during his tenure.

“Newcastle United would like to place on record its gratitude to Steve for his contribution and wishes him well for the future.”

Bruce, who pointedly did not thank the supporters, said: “I am grateful to everyone connected with Newcastle United for the opportunity to manage this unique football club.

“I would like to thank my coaching team, the players and the support staff in particular for all their hard work. There have been highs and lows, but they have given everything even in difficult moments and should be proud of their efforts.

“This is a club with incredible support and I hope the new owners can take it forward to where we all want it to be. I wish everyone the very best of luck for the rest of this season and beyond.”

He later told The Daily Telegraph that, aged 60, Newcastle would likely be his last job.

Bruce revealed he had struggled with how he was “never really […] wanted” by the fans, noting how he had been called “a stupid, tactically inept cabbage-head or whatever”, and that he felt “people wanted me to fail”.

“When we were doing OK results wise, it was ‘yeah, but the style of football is rubbish’ or I was just ‘lucky’. It was ridiculous and persistent, even when the results were good,” he told the newspaper.

Bruce’s assistant Graeme Jones will take charge of the team for Saturday’s trip to Crystal Palace, with the Magpies still awaiting their first Premier League win of the season and sitting just one place off the foot of the table.

The club said he would be supported by the coaching team of Steve Agnew, Stephen Clemence, Ben Dawson and Simon Smith.

“The process of recruiting a new head coach is under way and an appointment will be announced in due course. The club will not be making further comment at this time,” it added.

Bruce steered the club to 13th and 12th-place finishes in the Premier League.

Facebook fined £50m for ‘refusing to comply’ with regulator