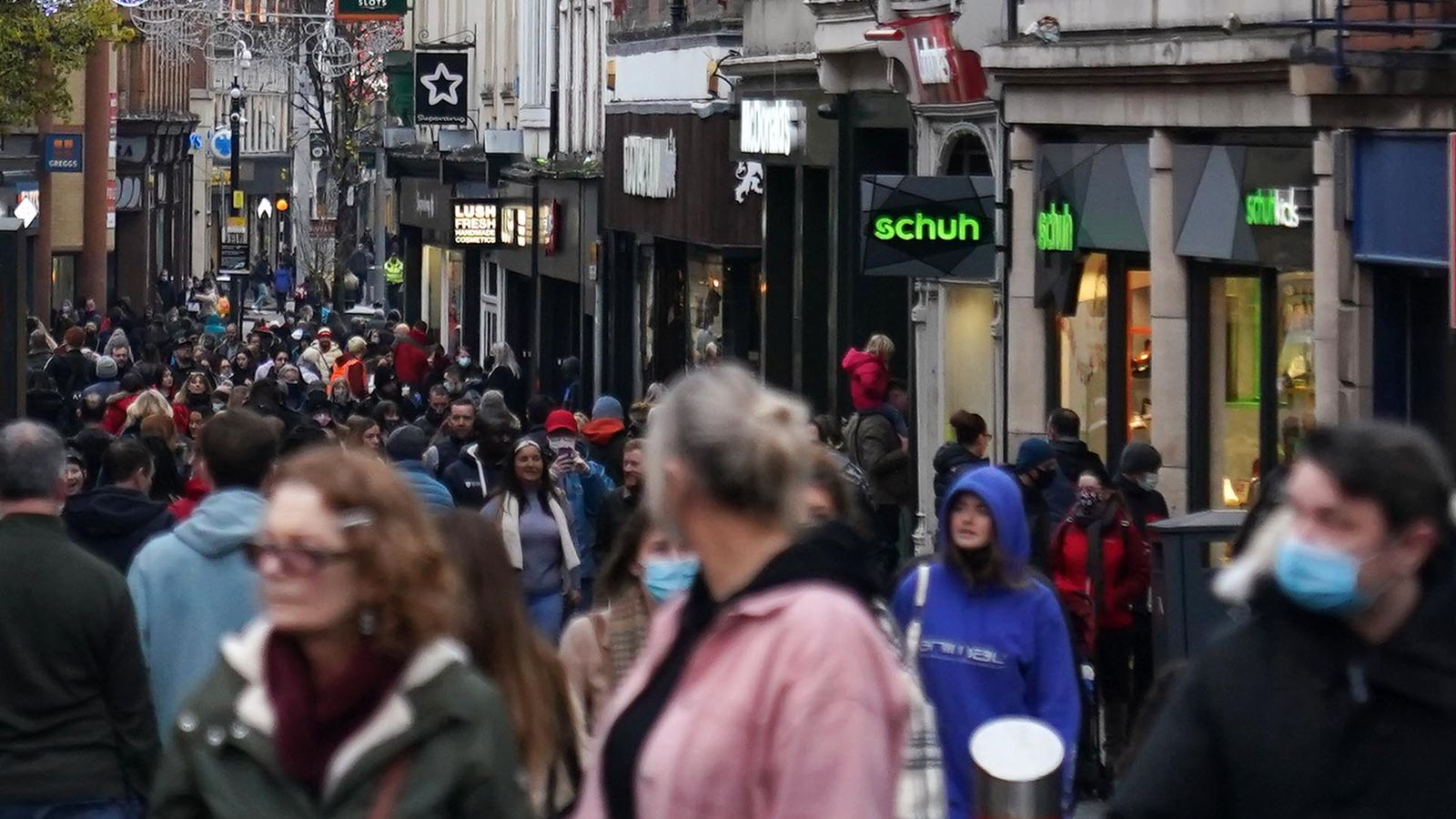 Campaigners are calling for all police forces to record hate crimes against women – a move the prime minister has said would put an extra burden on officers.

When Clare was harassed by a stranger in the street after a night out in 2018 she was angry, but not surprised.

“I’m not saying harassment doesn’t happen to men but it’s not endemic. Men are not going out every Saturday night and being felt up in bars and clubs so that they actually consider it a normal part of a night out, which is what it is for women.”

Image: Clare was harassed by a stranger in the street after a night out in 2018

After a man approached her outside a club in Nottingham, making strange requests that she felt were sexual in nature, she decided to go to the police.

She reported the incident because she knew that Nottinghamshire police had started recording crimes where women have been targeted because of their sex or gender.

“I’ll be honest there’s no way I would have reported it otherwise, I would have thought they might laugh at me.”

Clare is extremely relieved that she told the police what happened to her.

“They phoned me back and said the profile of the guy fits a prolific offender who’s been doing this for years and is out of prison on probation for related offences. They basically said this is probably going to send him back to prison.”

Nottinghamshire Police became the first force in the country to record misogyny in 2016.

Misogyny is defined as “hatred of, aversion to, or prejudice against women”.

When Nottinghamshire Police feel a crime is motivated by misogyny they record it as a hate crime, the same as they would record other crimes motivated by, for instance, homophobia or racism.

This would apply if a woman reports an act of violence or hostility towards her in which she has clearly been targeted because she is a woman, such as a sexual assault.

The crime itself is already covered by existing law but it is then also classified as a hate crime.

“It sort of ties up the links between different women’s experiences. So it isn’t just a case that it’s a random man committing an offence against a random woman. Most of these offences are driven by misogyny and that’s how they’re experienced by women.”

She said the PR campaign run by the police about the policy encouraged more women to report crimes like harassment.

“The problem before was that women weren’t phoning in to the police because they didn’t know what the law is.”

Clare feels that women are so used to being targeted and intimidated by men, that their behaviour has become normalised.

“It’s a really powerful thing to have a police force actively saying we want you to report these things even though they might seem trivial.”

Image: Sabina Nessa’s body was found in Lewisham in September

Calls for all police forces to record misogyny were amplified by the murders of Sarah Everard and Sabina Nessa.

But currently, only 12 out of 43 forces in England and Wales do so.

“What we want to understand is where it is happening, who is it happening to, and more importantly who are the people committing these crimes,” said Superintendent Richard Melton.

“We want to deal with these perpetrators early, challenge that behaviour and make sure they don’t go on to commit further offences.”

But campaigners say tracking misogyny is only one small step in making women safer, and they want wider reform within the police.

Ruth Davison, CEO of domestic violence charity Refuge, said: “There’s a whole plethora of interventions that are needed to eradicate misogyny within the police, just like in wider society.

“At the moment we know that only one in five women we support will report to the police. They have absolutely no confidence in them.”

The prime minister does not support making misogyny a hate crime. He says he is worried it will place an extra burden on police officers.

That is despite one of his own ministers having previously committed to asking all forces to adopt the strategy.

And when Justice Secretary, Dominic Raab, was asked about the policy he did not appear to know the correct meaning of misogyny.

Speaking to the BBC, he said “misogyny is absolutely wrong whether it’s a man against a woman or a woman against a man”.

A review by the Law Commission is expected to recommend that sex and gender should be protected characteristics in hate crime legislation.

This would give judges the power to issue harsher sentences for crimes like stalking and domestic abuse.

But the question is whether more police forces recording misogyny would actually lead to an increase in convictions for violent or sexual crimes against women and girls.

Just under two years after Nottinghamshire police began their programme, of the 73 reports recorded as misogyny hate crime only one resulted in a conviction.

“One of the main reasons we decided to introduce this category of hate crime was to give women the confidence to report these issues – be that unwanted physical contact, verbal abuse or unwanted sexual advances,” said a Nottinghamshire Police spokesperson.

“For the prime minister to say ‘no I don’t think it is really important’, how appalling is that that he condemns 50% of the population to being not worthy of police attention, support and protection?”

She added: “I think frankly he totally misreads the situation and he probably doesn’t understand sufficiently about it. Those can be the only reasons I can think of because we didn’t see Nottinghamshire Police being overwhelmed by demand.

“What we saw was women in Nottingham being able to report police, being treated with greater sensitivity and understanding and empathy and allowing the police to understand a better picture of what was really happening so that greater interventions could be made.”