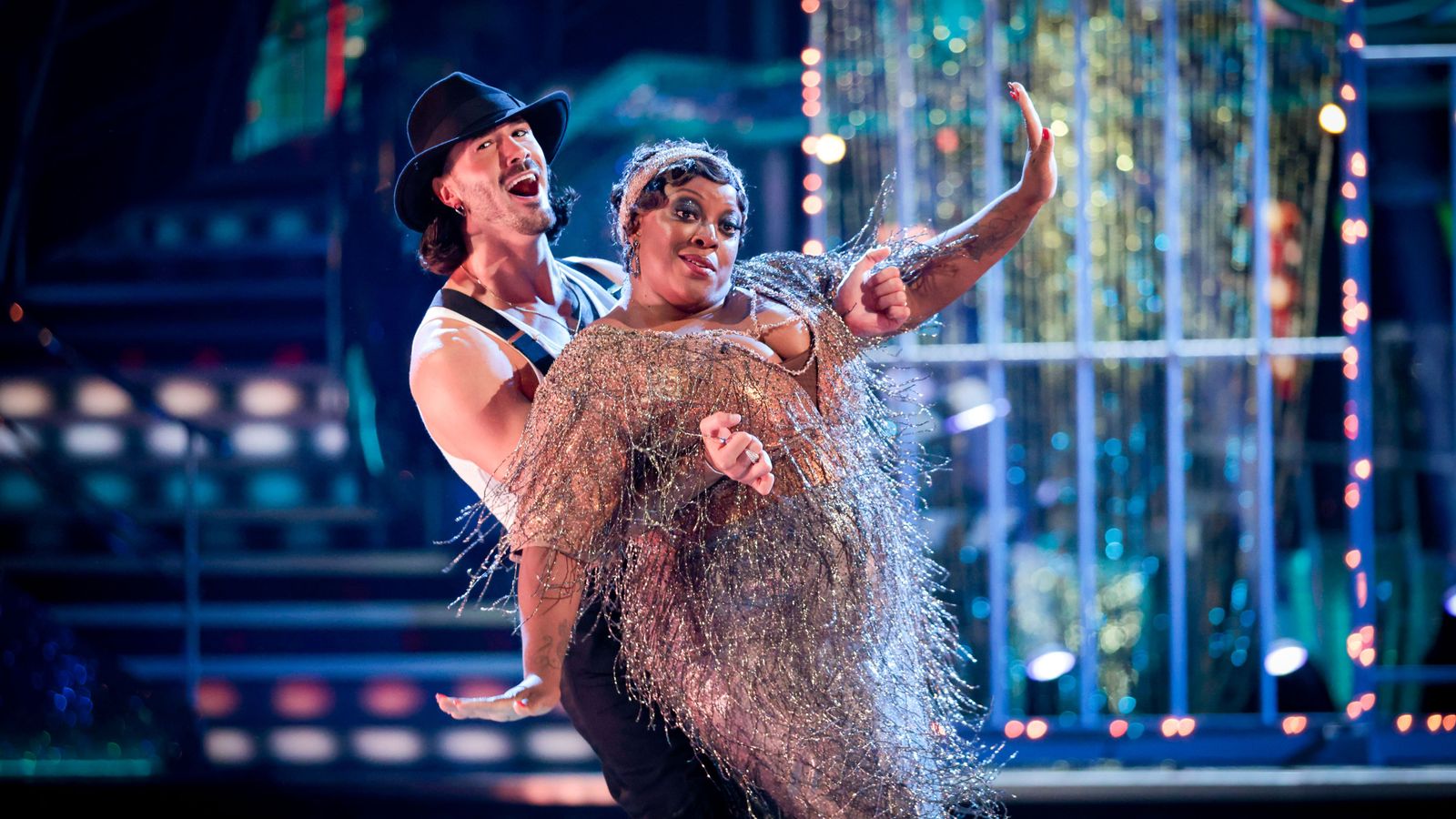 Comedian Judi Love has tested positive for COVID-19 and will not take part in Strictly Come Dancing this weekend, the BBC has said.

It is hoped the stand-up star, 41, will resume her place on the Saturday night show with dance partner Graziano Graziano di Prima the following week.

Image: The comedian told her followers she is hoping for a ‘speedy recovery’

Love, who has also appeared on the BBC’s Celebrity MasterChef and ITV’s Loose Women, had been due to perform a cha cha to Physical by Olivia Newton-John during Saturday’s show.

She survived the dance-off last weekend for the second time in a row.

Addressing the news in a tweet, she said: “Hey my lovelies it’s with great disappointment that I willl not be performing this weekend @bbcstrictly due to testing positive with Covid 19. Hoping to make a speedy recovery & dance for you next weekend. Stay safe & thank you for your well wishes”.

It comes after McFly star Tom Fletcher tested positive for the virus less than 24 hours after kicking off Strictly Come Dancing’s live show in September.

He and partner Amy Dowden missed a week of shows and returned to the floor earlier this month.

Comedian and actor Robert Webb quit the show earlier this month due to concerns over his health following an “urgent consultation” with his heart doctor.

The Peep Show star, who was partnered with Dianne Buswell, had open-heart surgery two years ago, and said he was advised by a doctor to quit the show after he had “begun to feel symptoms” while training.

The Beano exhibition: Why the ‘hidden hand’ comic behind British culture is finally getting its time in the arts spotlight