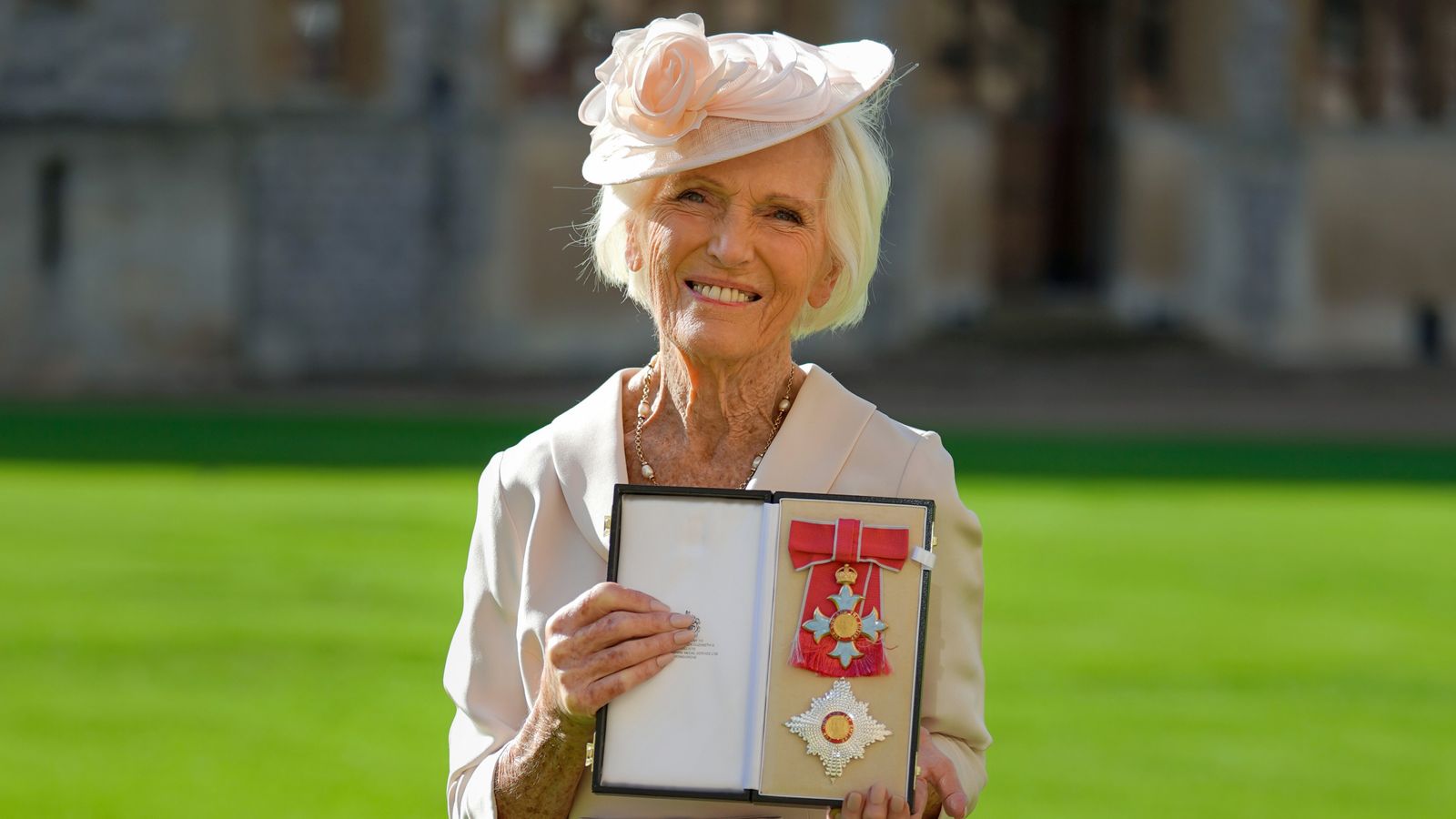 British baking royalty Mary Berry has been recognised by actual royalty, by being made a Dame Commander for services to culinary arts, charity and broadcasting.

Dame Mary, who has had a career spanning the last five decades, says she is “proud and honoured” to have received the award after her ceremony with Prince Charles at Windsor Castle.

She notably baked with the Duke and Duchess of Cambridge during a special programme last Christmas, praising the Duchess as a “remarkable, enthusiastic cook”.

Image: Dame Mary was joined by husband Paul Hunnings Image: She received her investiture at Windsor Castle from Prince Charles

But how does the queen of cooking celebrate after being given one of the top honours in Britain?

“We’re going home for a sandwich and the children are coming tonight,” she said after the investiture ceremony.

Dame Mary, who was joined at the event by her husband Paul Hunnings, added: “I’m extremely proud and honoured, I just wish my parents were here – they’re looking down and my children are quite excited.

“My aim is to pass on the skill that I love so much, because everybody has to cook each day, whether it’s a student or whatever it is, you’ve got to feed yourself so why not learn to do it well and enjoy it.”

Despite her long career as a celebrity chef, it was the original iteration of the Great British Bake Off that saw her introduced to a new generation of bakers when she became part of the show’s line-up as a judge in 2010.

“I thoroughly enjoyed being on Bake Off, I was there seven years, we were a great team Paul Hollywood, Mel and Sue – we enjoyed every minute,” she said.

Leslie Bricusse: Songwriter behind Willy Wonka songs and James Bond theme has passed away at the age of 90

COVID-19: Minister rules out another lockdown as PM is urged to enforce ‘Plan B’ to avert winter crisis